“The data shows shipments are not recovering and not very stable,” Lau said. “We need to closely monitor these shipments on a weekly basis.”

Data provider Kpler expects China’s iron ore imports in July to be flat compared with June, but down 4.8% versus July 2018, saying Brazil’s Vale ramped up shipments but major Australian miners reduced their exports.

Benchmark spot 62% iron ore for delivery to China was up 0.4% on Monday at $118 a tonne, according to data tracked by SteelHome consultancy.

Mine closures in Brazil and lower production in Australia have pushed the iron ore market into deficit, with the situation expected to improve only slowly through this year and 2020, Moody’s said in statement on Monday.

“Our new price ranges for iron ore reflect our expectation that only limited incremental new capacity will be added over the next few years,” said Carol Cowan, a Moody’s senior vice president.

“While higher output from major global miners and Chinese domestic producers will see prices go down somewhat, supply will not fully recover in the near future,” she said. 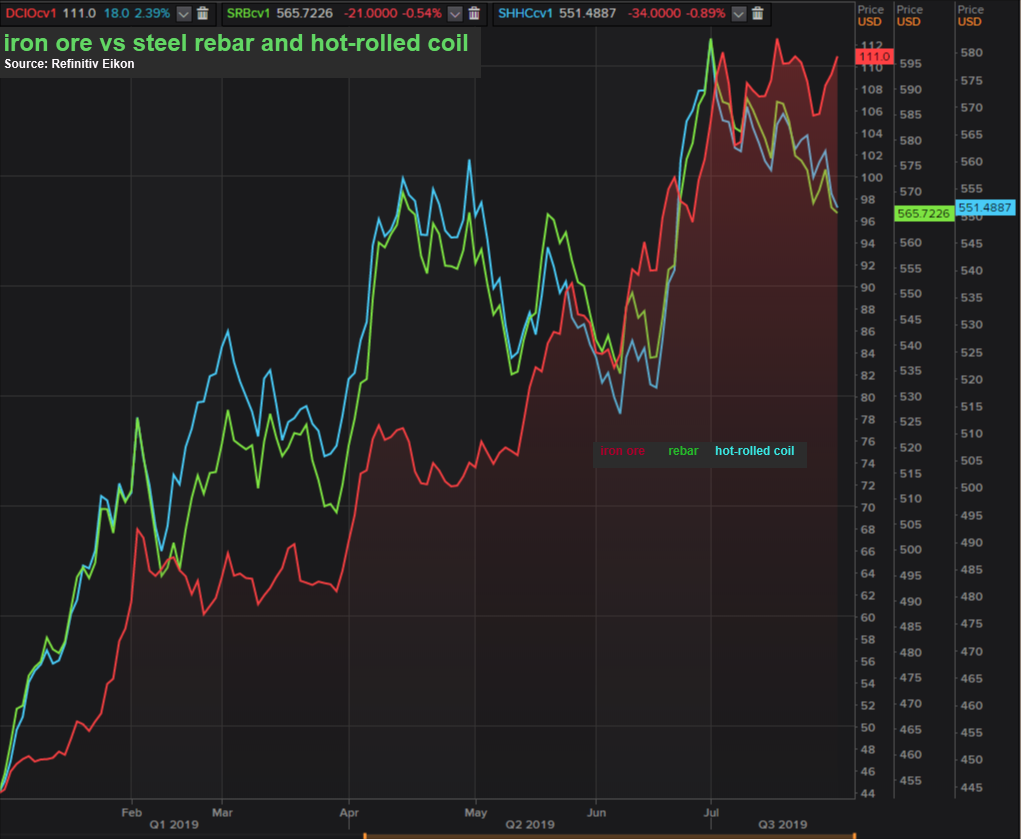 * Imported iron ore stockpiles at China’s ports climbed for a second straight week, rebounding to 119.25 million tonnes as of July 26, SteelHome data showed. The inventory had shrank earlier this month to the lowest since January 2017.

* The most-active construction steel rebar contract on the Shanghai Futures Exchange was down 0.5% at 3,886 yuan a tonne, its weakest finish since June 21.