One of the most advanced and energy efficient VLCCs ever built in China is now operational following extensive surveys by China Classification Society (CCS).

The 307,000 DWT ‘CS Hunan Venture’ was successfully delivered by its builders the Dalian Shipbuilding Industry Group (DSIC) in a naming ceremony held in Dalian. The vessel is owned by China Shipbuilding Consulting Company and operated by Wah Kwong Ship Management Hong Kong.

Fan Qiang, Vice President of CCS attended the ceremony and said the CS Hunan Venture’s innovative design means its Energy Efficiency Design Index (EEDI) is more than 20pc below the baseline, which is one of the best in the world for VLCCs of the same size. The vessel’s comprehensive performance indices reached world first class during surveying. 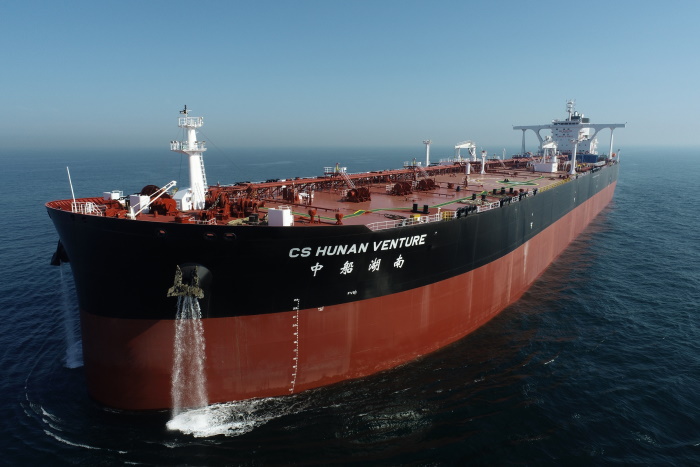 “The ship has excellent energy-saving and environmental protection performance because it has a straight bow design profile and is equipped with a new type of main engine a 7G80ME-C9.5 made by Dalian Marine Diesel,” he said. “It further has a propeller of large-diameter and high-efficiency, and a before-propeller energy-saving device which DSIC has an independent intellectual property right for. This is a new highly competitive ground-breaking generation of ship design for the new build market.”

CCS said the vessel meets the Harmonized Common Structural Rules (HCSR) and complies with the Inventory of Hazardous Materials according to both IMO Ship Recycling Convention and EU regulations.

The CS Hunan Venture has a total length of 333 m, a width of 60 m and a cruising range of more than 26,000 nautical miles. It can pass through the Strait of Malacca with a designed draft of 20.5 m and a normal loading rate of two million barrels of crude oil. 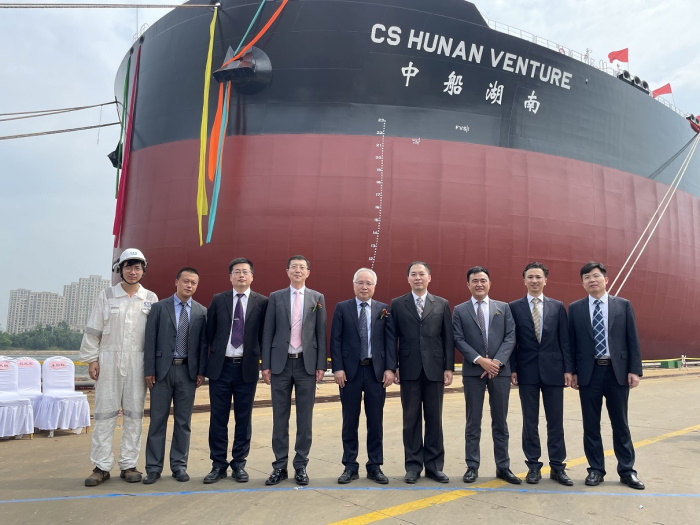 CCS President Mo Jianhui said another major VLCC related project CCS is working on with DSIC is an order for an LNG dual-fuel VLCC, which, will be the first LNG dual-fuel VLCC in the world and will be delivered around the end of 2021.

“CCS continues to ramp up its scientific research and innovation capabilities and is jointly developing many VLCC ship types with major Chinese shipyards,” he said. “We believe CCS is one of the leading classification societies for international innovation in energy conservation, environmental protection and intelligent shipping. As a result of years of work between CCS and our shipyard partners we are creating a number of ground-breaking independent intellectual property rights based around new advanced technology. In particular, CCS is cooperating with shipyards and manufacturers of LNG bunkering tanks and fuel gas supply systems, undertaking drawing approvals, risk assessments and site surveys.”

2021-07-20
hellenicshippingnews...
Previous: Port of Hedland’s June Iron Ore Exports Down Compared to a Year Ago
Next: Korea secures 94% of global LNG tanker orders in 1st half