Home / Commodities / Freight News / China only fulfils 5% of Sino-U.S. energy trade deal in first half of 2020

China only fulfils 5% of Sino-U.S. energy trade deal in first half of 2020

China bought only 5% of the targeted $25.3 billion in energy products from the United States in the first half of 2020, falling well short of its trade deal commitments at a time when relations between the two top economies are already sour.

China’s imports of crude oil, liquefied natural gas (LNG), metallurgical coal and other energy products totalled around $1.29 billion this year through June, according to Reuters calculations based on China customs data. 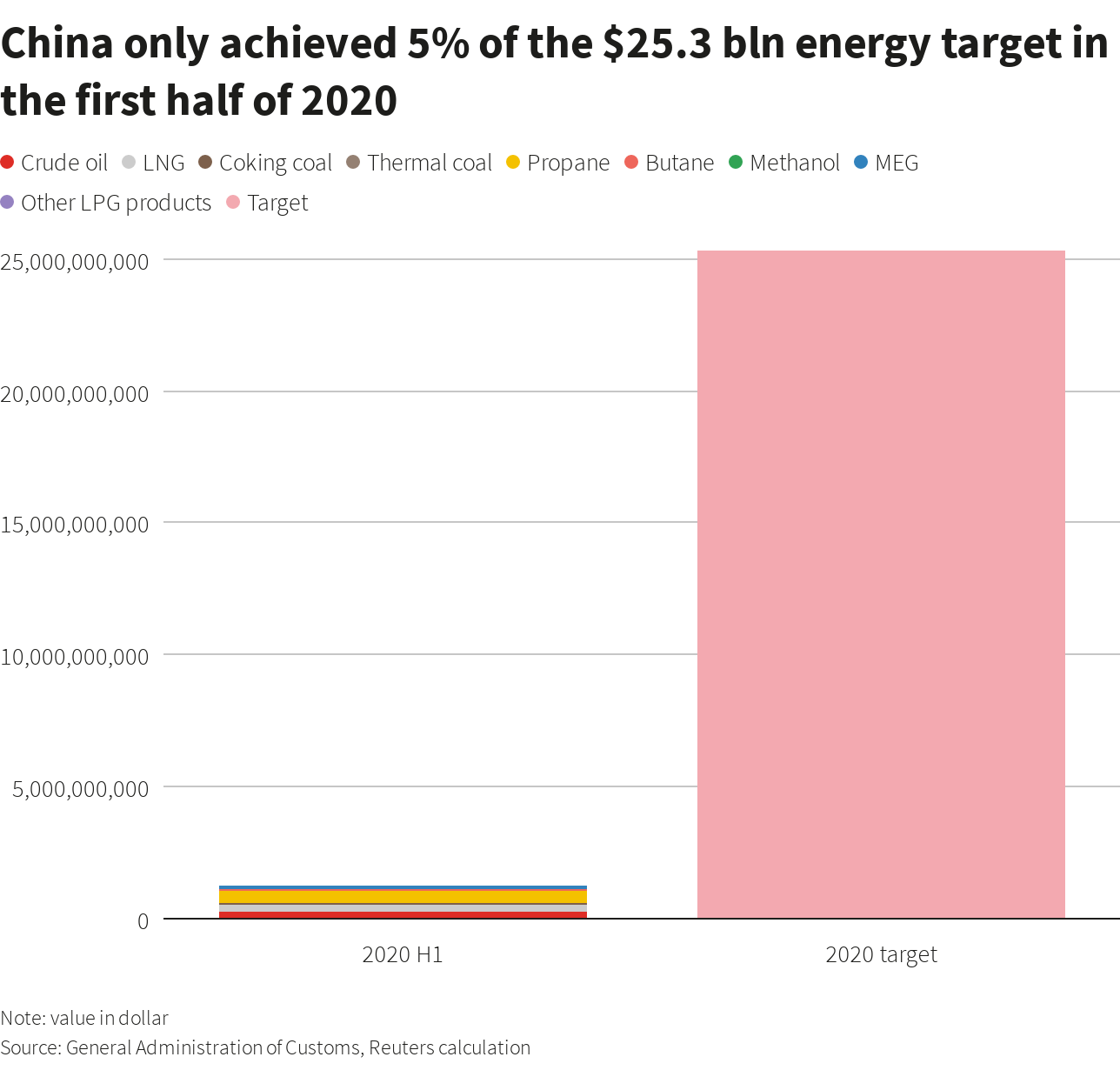 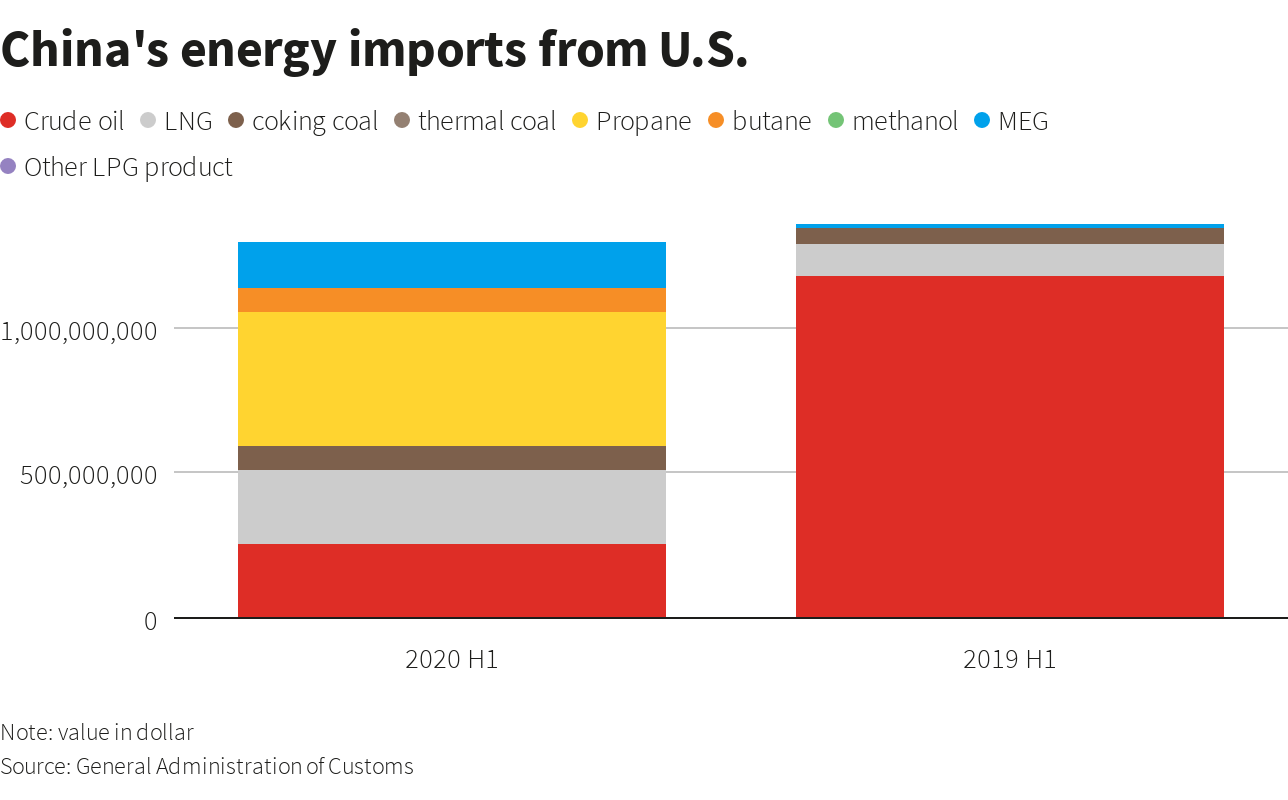 “China is unlikely to fulfil its Phase 1 commitments as they were overly ambitious to begin with,” said Michal Meidan, a director at the Oxford Institute for Energy Studies, adding she expected Beijing to step up purchases to show goodwill.

Failure to meet the target could further strain U.S.-China relations, which have nosedived since the outbreak of the coronavirus. 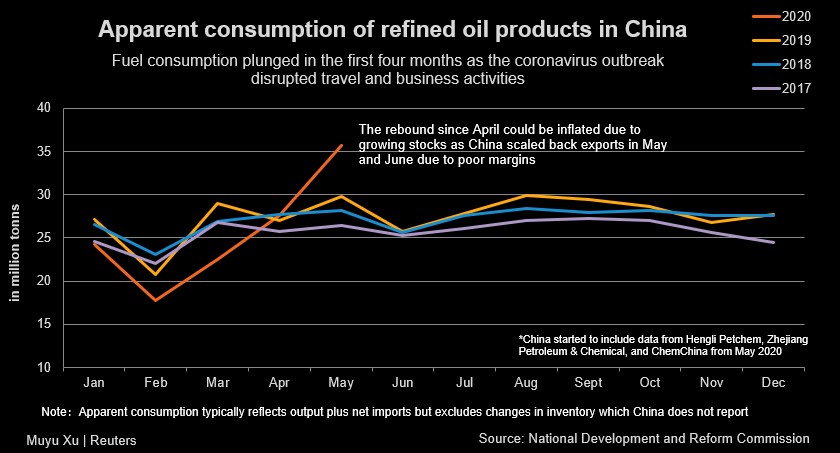 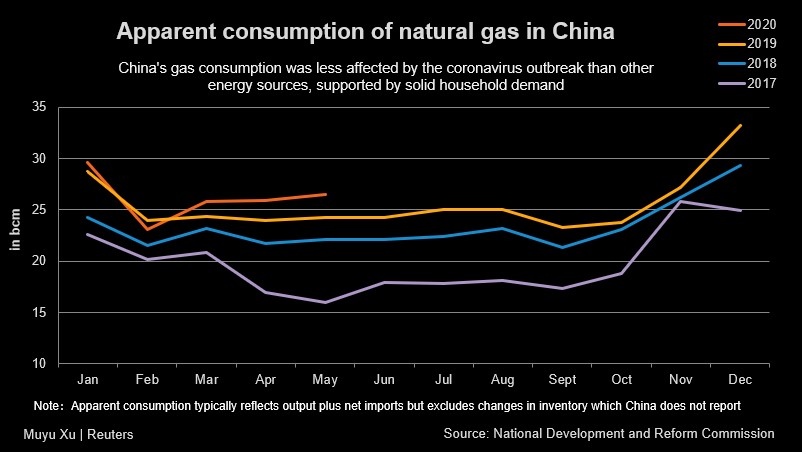 U.S. crude oil had been expected to feature prominently in China’s Phase 1 purchases. But a surge in freight rates coupled with a collapse in fuel demand, as the coronavirus spread, made U.S. imports relatively costly for refiners in China.

Sushant Gupta, research director at consultancy firm Wood Mackenzie, said that to meet the trade deal target, China would need to import 1.5 million bpd of U.S. crude in 2020 and 2021, revising that estimate up from nearly 1 million bpd previously as low oil prices reduced the value of crude purchases.

But narrowing refining margins and swelling stockpiles are expected to slow the import pace in the third quarter.

However, due to lower prices the value of those purchases only doubled, underscoring the challenge of racking up high value trade deal goals while energy prices are weak.

A similar problem is afflicting U.S. exports of metallurgical coal, which have already struggled to compete internationally in recent years.