China’s drive to lower emissions, is expected to have a negative impact on crude oil imports from private refineries. As a result, tanker demand growth could be lower in the months to come. In its latest weekly report, shipbroker Gibson said that “the Chinese refining sector has recently been under pressure, not so much from the extreme demand pressures of the past 18 months, but more driven by changes in domestic government policy. Independent refineries (often called Teapots) have become a major force in the sector; however, their presence has often attracted the attention of the central government. Recent policy decisions now put their future under threat”.

According to Gibson, “as part of China’s goal to peak CO2 emissions by 2030, the independent sector has become a target with the government seeking to reduce excess capacity in order to lower emissions. Several new measures to reduce the output of independent refiners have recently been introduced, such as the imposition of taxes on key products used by the Teapots for blending or as a feedstocks including LCO, mixed aromatics and bitumen mixture. Crude import quotas have also been cut in the second tranche issued for 2021, although total quotas for the year are steady in line with 2020. The trading of crude import quotas from state owned to private refiners has also been outlawed, preventing companies from reselling unutilized quotas. Effectively, the Teapots will now see their feedstock options much reduced. Fuel oil is the obvious alternative, but this is also subject to import duties. Additionally, taxation on blendstocks like LCO and mixed aromatics will further limit the Teapot’s ability to produce gasoline and diesel, leading to overall lower production”. 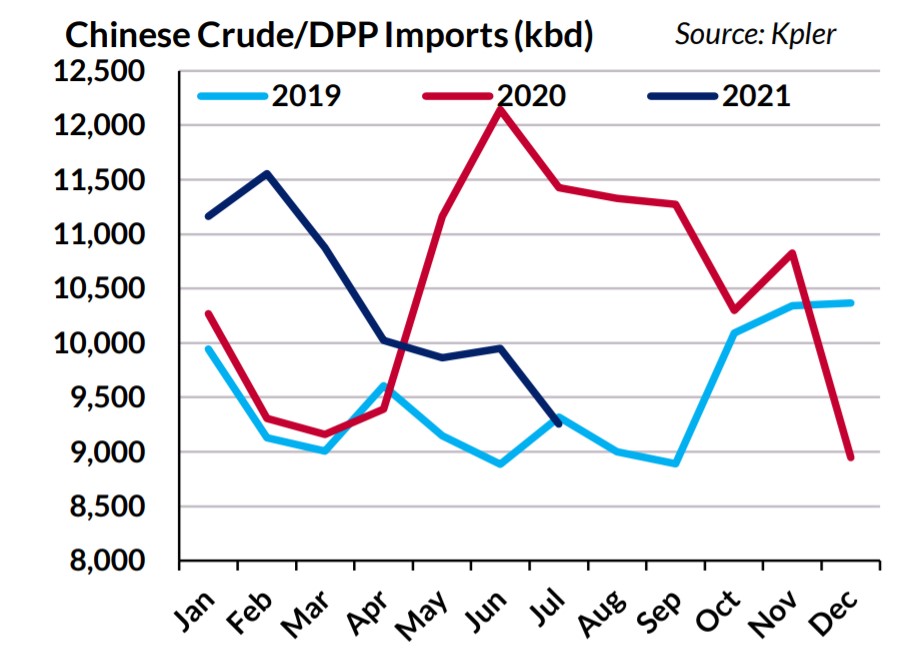 “Inevitably, there will be an impact on trade. According to Refinitiv Oil Research, the Teapots are expected to import 200- 300,000 b/d less crude this year as a result of the policy changes. However, higher run rates at state owned/new facilities will still see overall crude imports grow. Rongsheng Petrochemical recently doubled capacity to 800,000 b/d, whilst Shenghong Petrochemicals is planning to commission a new 320,000 b/d facility later this year. Given that both facilities are modern petrochemical focused plants, they are not expected to experience the same quota issues as the older Teapots. State owned refineries are also expected to increase run rates, using their own quota allocations directly now that trading quotas with third parties has been prohibited, which will see the market share of the state-owned facilities grow”, Gibson said. 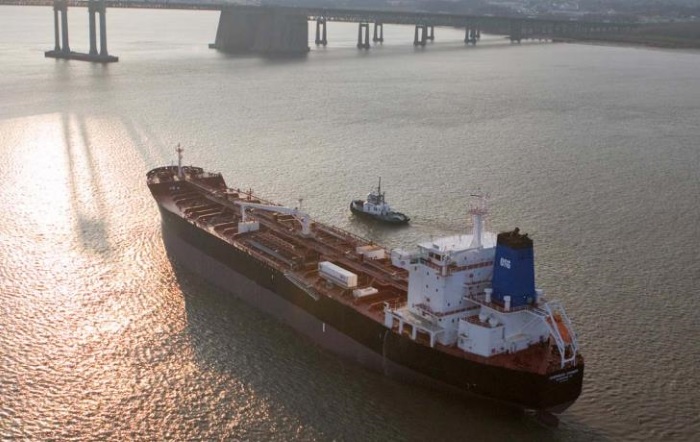 The shipbroker added that “overall, refined product exports could remain under pressure for the balance of the year, barring any major lockdowns which would increase China’s domestic surplus, whilst there is no reason to expect a recovery in volumes of LCO/mixed aromatics. Likewise, trade of bitumen mix into China, much of which originates from Venezuela is expected to decline, although fuel oil will replace some of the lost volumes. It is also worth noting that some of the bitumen mix volumes could be reclassified as crude oil once again if the taxation on crude proves to be preferable”.

“Overall, for tankers, the Chinese crackdown limits the potential upside. Import volumes into the country will still grow, but at a slower rate, whilst regional product flows may also see limited upside. However, demand, both domestic and international markets remains the key variable. As regional vaccination rates move higher, crude runs in China will have to respond to stronger demand, or refineries elsewhere (e.g Middle East) will need to increase throughputs to fill the void. Either way, market demand will be met, whether it is met by China, or other regional players”, Gibson concluded.
Nikos Roussanoglou, Hellenic Shipping News Worldwide