The tanker market could soon receive some much welcome boost from China’s financial recovery. In its latest weekly report, shipbroker Gibson said that “Chinese crude imports have continued to set new records this year, peaking at 11.7 million b/d in June, with Saudi Arabia the largest exporter of seaborne crude to China. From January to October Chinese crude buyers bought an average of 1.52 million b/d from Saudi Arabia. Such has been the appetite in the country that it has become the key buyer of crude, especially during the COVID-19 pandemic, where other countries demands plummeted, and shipments significantly declined. Saudi Arabia wasn’t the only country to benefit from this up-tick in demand. Iraq became the next largest seaborne exporter of crude to China. During the course of the year exports averaged just over 1.0 million b/d. Russia is the next largest exporter, averaging 0.92 million b/d. Other countries such as Brazil and Angola have also benefited from the increased demand from China”. 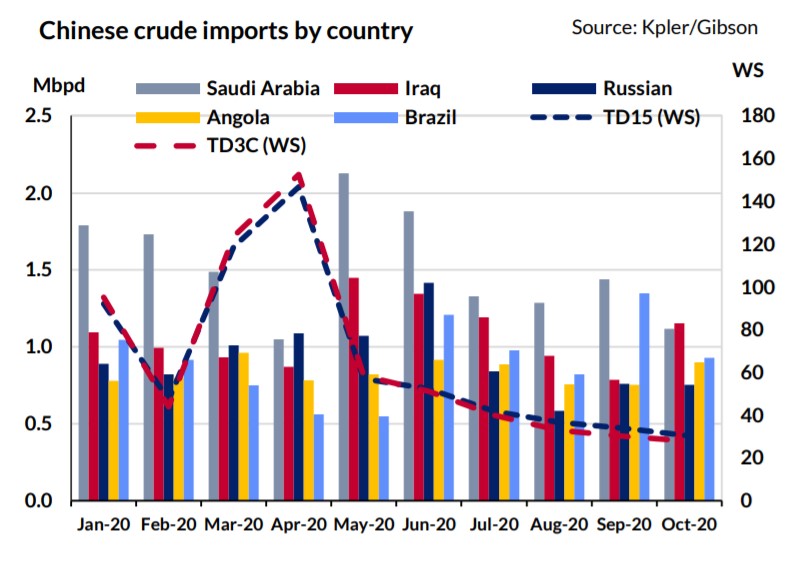 Gibson said that “according to Platts, Overall Chinese crude stocks reached over 890 million barrels during July as a wide contango incentivised storage. In ‘normal times’ additional storage capacity would take over a year to construct. But as we have witnessed, these are anything but normal times, and to benefit from the cut priced crude that was being offered to the market, various crude Chinese storage companies expedited adding 95 million barrels of additional storage capacity by the end of the year. Sinopec has various storage projects on the go, with additional volumes at its Dongjiakou port as well as its storage facility in central China at Luoyang, which will increase crude storage by 64 million barrels. The tank farm at Luoyang has already started to fill its 5.0 million barrels capacity with Saudi Arab Medium and there are plans to expand storage by a further 5.0 million barrels by mid-2021. Also, Hengli Petrochemical (Dalian) will increase its overall storage by 22.6 million barrels. These largescale increases in storage were part of a strategic Governmental plan, but have been accelerated due to the recent low oil prices”. 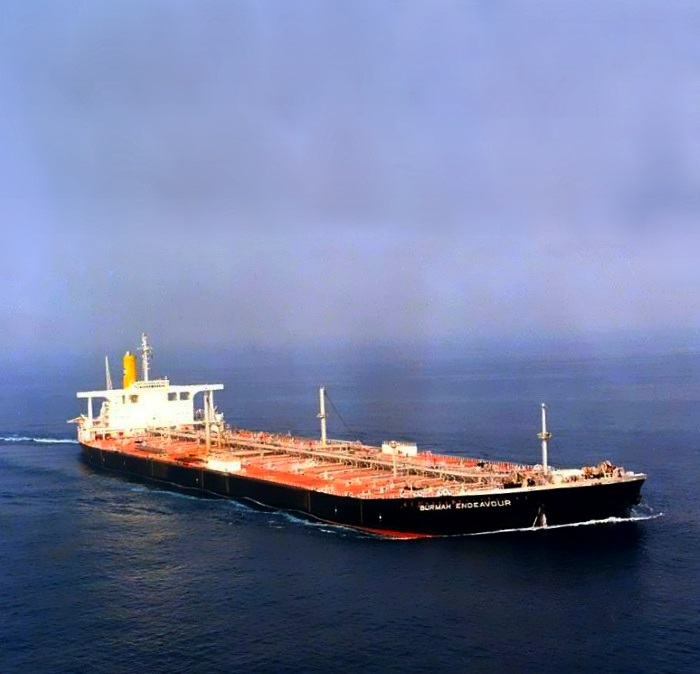 According to the shipbroker, “whilst there are big plans for the storage sector, arguably these developments are partly driven by expansions within the country’s refining industry. Ningbo city is seeking to become a major refining and petrochemical centre. The local government plans to double refinery capacity to 1.2 million b/d, with additional capacity for ethylene, purified terephthalic acid (PTA) and paraxylene. CNOOC’s Daxie plant currently has a refining capacity of 160,000 b/d and is currently adding 120,000 b/d, while Sinopec’s Zhenhai complex is building a new 220,000 b/d crude unit”.

Gibson added that “Chinese demand is poised to rise further over the next few months, driven by higher import quotas for 2021. The Ministry of Commerce announced that qualified refineries and trading companies will be able to apply for an additional 4.86 million b/d of crude import quotas, up by around 20% compared to 2020. Of this around 400,000 b/d will be absorbed by the expansion of Rongsheng’s ZPC refinery at Zhoushan, which will have a capacity of 800,000 b/d. We are still not out of the wood when it comes to the overall demand destruction caused by the COVID-19 pandemic, but the long-haul crude routes to China are at least providing significant employment for those involved. Demand from China looks set to continue to remain robust as we head to close off a year that many will be glad to see the back of”, the shipbroker concluded.
Nikos Roussanoglou, Hellenic Shipping News Worldwide

Previous: Dry Bulk Market: Capesize Market Bounces Back By the End of the Week
Next: RCEP signals benefits of free trade, regional integration to be expanded