China’s iron ore imports fell to their lowest in 13 months in June as shipments declined, and analysts expect demand could continue to ease in the second half.

The world’s top iron ore consumer imported 89.42 million tonnes of the material last month, down 0.4% from May, data from the General Administration of Customs showed on Tuesday. Iron ore imports in June were down 12.1% from a year earlier.

In the first half of 2021, China took 560.7 million tonnes of the ingredient, though, 2.6% higher than the same period a year earlier, according to the customs data.

Robust steel production and strong profits at mills had fuelled iron ore demand in China for the first half of the year, also sending prices for the raw material to all-time highs.

The value of imported iron ore surged 71.7% on an annual basis during the January-June period.

However, as China has vowed to control its annual crude steel output to help meet goals to curb emissions, analysts expect iron ore consumption to soften. 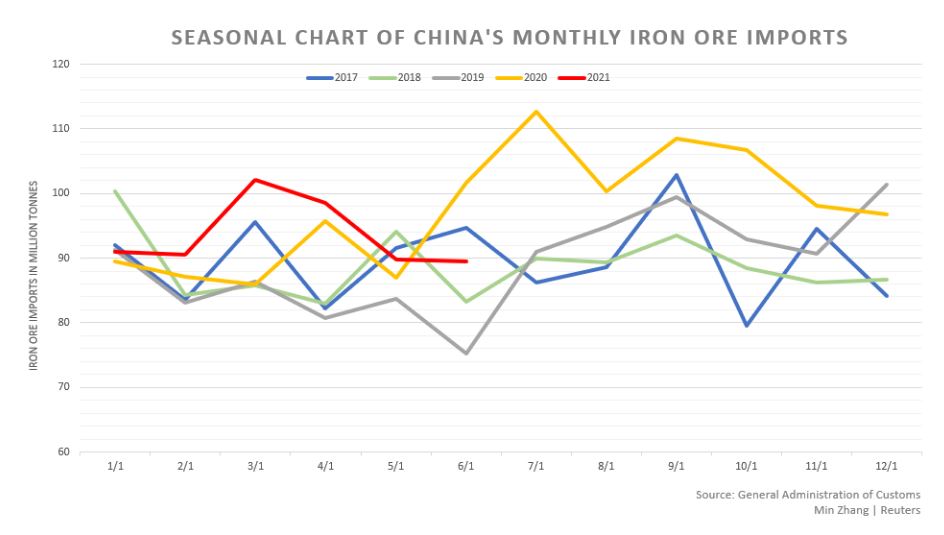 “As we enter the second half of the year, all eyes will be on the extent to which Chinese demand slows and Brazilian supply grows,” said Rohan Kendall, head of iron ore research with Wood Mackenzie, before the data was released.

Wood Mackenzie has adjusted its iron ore price forecast to $185 per tonne CFR in the third quarter compared with $200 a tonne for the second quarter.

Analysts with UBS are also bearish on iron ore if China restrains its steel production and output is flat in 2021.

“China steel mills’ restrictions could result in around 75 million tonnes less iron ore demand in the second half,” UBS said in a note. 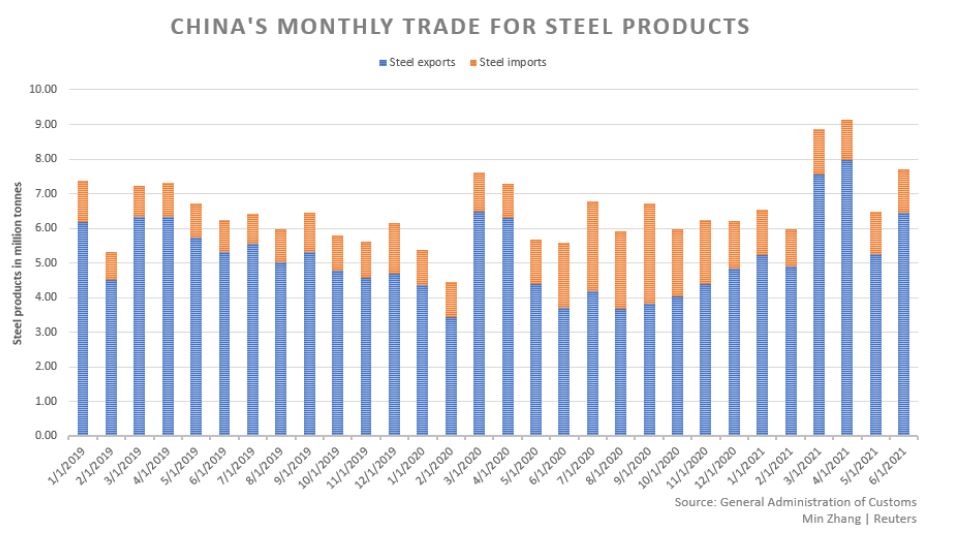 The customs data also showed that China’s steel products exports jumped 22.5% from a month earlier to 6.46 million tonnes in June, while imports were up 2.5% to 1.25 million tonnes.

For the first half of the year, China exported 37.38 million tonnes of steel and took in 7.35 million tonnes from overseas markets, according to the customs data.
Source: Reuters (Reporting by Min Zhang and Shivani Singh; Editing by Muralikumar Anantharaman and Jacqueline Wong)