Seaborne iron ore trade continued to be dominated by China, even more so, during the pandemic. In its latest weekly report, shipbroker Banchero Costa said that “seaborne iron ore trade remained relatively resilient in 2020, at least in Asia, despite the global economic impact from COVID-19. Global iron ore imports in 2020 increased by a marginal +0.2% y-o-y to 1514 mln tonnes, according to vessel tracking data from Refinitiv. That said, there has been a sharp polarisation between China and pretty much the rest of the world. In the 12 months of 2020, Mainland China imported 1104 mln tonnes of iron ore by sea, according to vessel tracking data from Refinitiv. This represented a +6.5% increase year-on-year, from the 1036 mln tonnes imported in 2019. The rest of the world (RoW), however, imported just 410 mln tonnes of iron ore in 2020, down -13.2% year-on-year from 473 mln tonnes in 2019”. 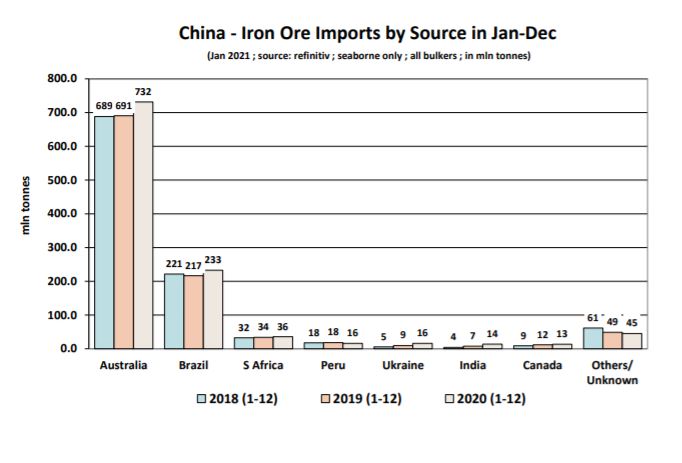 The shipbroker added that “mainland China now accounts for 73% of all iron ore seaborne trade. On a quarterly basis, 2020 was fairly volatile. In the first 3 months of 2020, China imported just 257.1 mln tonnes of iron ore, down -2.0% y-o-y. Whilst this is always the quietest part of the year due to the Chinese New Year (Spring Festival) holidays and raining season in Brazil, this year it was even quieter than usual. The second quarter of 2020 was impressive though. China imported 268.1 mln tonnes of iron ore in AprilJune 2020, up +18.2% y-o-y. In the third quarter, imports surged further to 294.6 mln tonnes, which was up +9.4% y-o-y from the same quarter in 2019. The peak of the year was October 2020, with 107.0 mln tonnes of iron ore arriving at Chinese ports, an alltime record. However, things cooled down a bit in the final two months. In November 2020, arrivals at Chinese ports were down to 90.7 mln tonnes, down -15.3% month-onmonths, although still up +2.7% year-on-year. In December 2020, arrivals were down to 86.2 mln tonnes, the lowest since March 2020. This was -4.9% month-on-month and -10.2% yearon-year. This was surprising, as December is normally always a busy month, but perhaps it’s a compensation for the above-expectation volumes seen earlier in the year”, the shipbroker said. 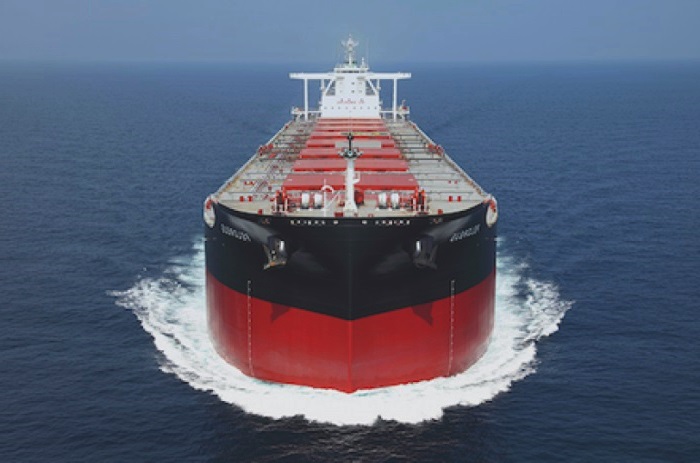 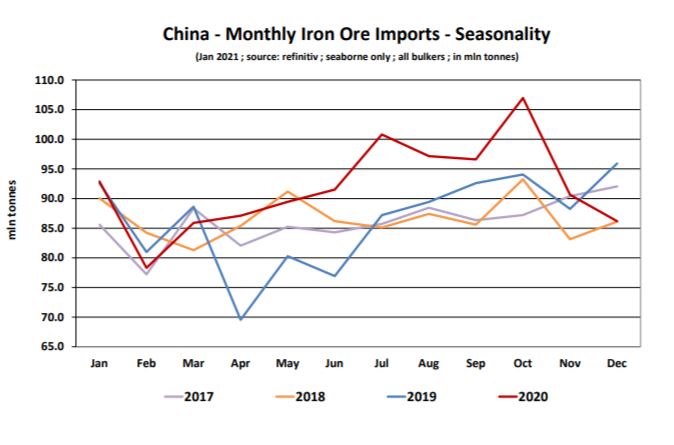