While coal is still one of the driving forces of the dry bulk market, its elimination from the fuel mix is inevitable, meaning that at some point in time, ship owners will have to plan ahead, in a “post-coal” era, with limited freights. In its latest weekly report, shipbroker Intermodal noted that “the upward trend in the dry bulk segment during the summer period is definitely bringing confidence back into the industry and optimism for a strong q4. However, it is interesting to examine how coal, which is one of the main commodities that is transported by sea, is performing and what are the forecasts concerning it”.

According to Intermodal’s Research Analyst, Mr. George Panagopoulos, “in 2018, global coal consumption rose compared to 2017, but remained around 2.3% below the peak level of 2013. According to the BP Statistical Review of World Energy between 2007 and 2017, world coal consumption grew at an average annual rate of 0.8%. China, one of the primary energy consumers of coal, imported 7.75mt of coking coal last month, which was up by 18% from June and around 2% up from a year earlier. Moreover, earlier this summer, Xiao Jianying, the head of the state-run firm’s coal-fired power department announced that ‘More than 6 GW of new ultra-low emission coal-fired capacity will be added this year while another 5 GW is planned for 2020’”. 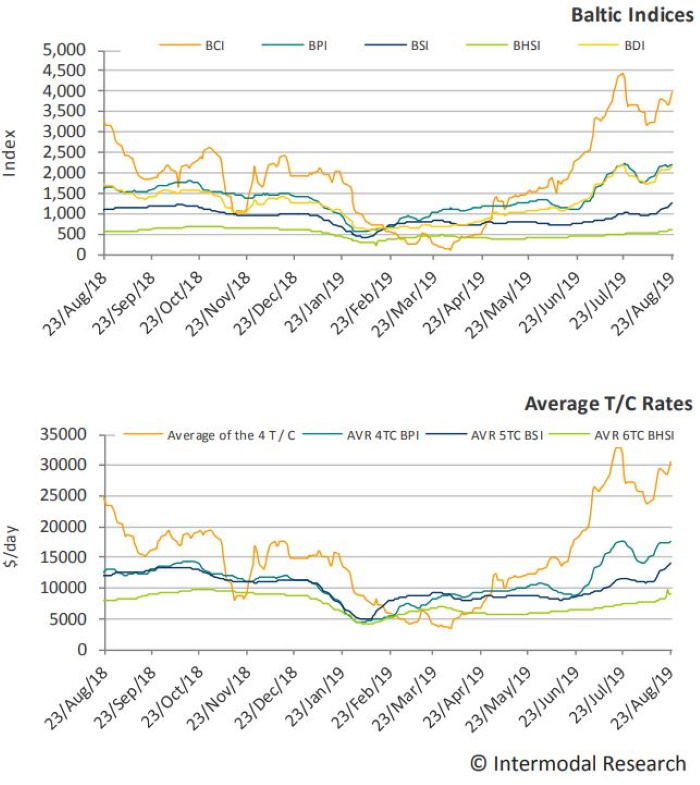 Additionally, “coal consumption in most of the developing world is continuing to grow. Asia Pacific increased consumption by the most overall, but its 2.5% growth rate lagged Africa’s 3.9% and Central and South America 3.7%. However, in the developed regions of the world, coal consumption continues to decline. Coal consumption in the EU has been in decline since 1989, and U.S. coal consumption has steadily fallen for a decade. In a recent report, the China National Petroleum Corp Economics and Technology Research Institute is forecasting that China, one of the biggest coal consumers, is expected to see a fall in consumption of around 18% from 2018 to 2035, and more than 35% from 2018 to 2050. Despite China announcing that is planning to build 11 gigawatts (GW) of new coal power during this and next year, the goal of the country is to cut coal consumption and replace it with other sources of energy (i.e. natural gas, renewables)”, Panagopoulos said.

Intermodal’s analyst added that “undoubtedly, governments and organizations are trying to lower emissions and be environmentally friendly. For instance, Europe and China are trying to find other sources of energy, while in the shipping industry IMO 2020 is looking to lower emissions or in the automotive industry governments are strengthening their standards. These regulations will, as would be expected, bring changes to the industry and, as we are witnessing lately, many ship-owners are strategically placing orders for LNG vessels, possibly taking a competitive advantage in the near future. Going forward, it is interesting how all these changes to a greener world will affect the dry bulk industry”. 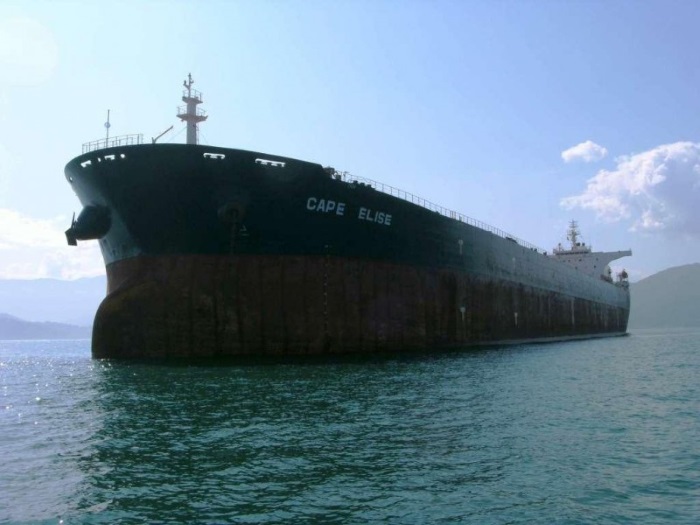 “Having said that, the most representative example are Capes, the barometer of the dry bulk industry, which we witnessed going from a historical low to a five and a half year high within the span of this year. Certainly, reducing demand on coal will create difficulties on OPEX and on freight rates. All in all, the shipping industry along with the world are changing, therefore ship-owners will have to adjust to a different environment, where it will remain to be seen what strategies will be followed in the upcoming years”, Panagopoulos concluded.
Nikos Roussanoglou, Hellenic Shipping News Worldwide

Previous: How and when to offset claims against freight
Next: Tanker Market Rates 31/08/2019