Withdrawals from European gas storage sites have been limited due to mild weather, while LPG prices are rising due to delays along the Panama Canal. In California, farmers are looking at the smallest rice harvest since the 1950s. Asian petrochemical demand is also in focus amid a bearish outlook for naphtha.

1. European gas stocks at record high levels ahead of winter 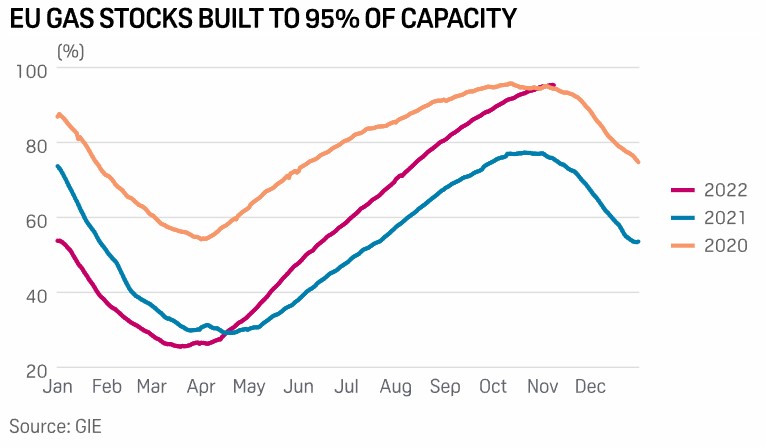 What’s happening? EU gas stocks are at historically high levels, with storage facilities filled to more than 95% of capacity. Mild weather has allowed member states to limit withdrawals in recent weeks, with most having continued to make net injections into storage sites. The healthy stock levels, along with demand reductions, have seen European gas prices drop sharply from their record highs in late August.

What’s next? Much will depend on how cold the weather is across Europe this winter, with low temperatures likely to see storage drawn down quickly. But a warm winter should see storage sites remain at healthy levels. Concerns remain though over stock filling next summer, with the European Commission warning of a potential 30 Bcm supply shortfall given much lower Russian supplies and competition from Asia for LNG cargoes.

2. LPG prices on the rise after months of decline 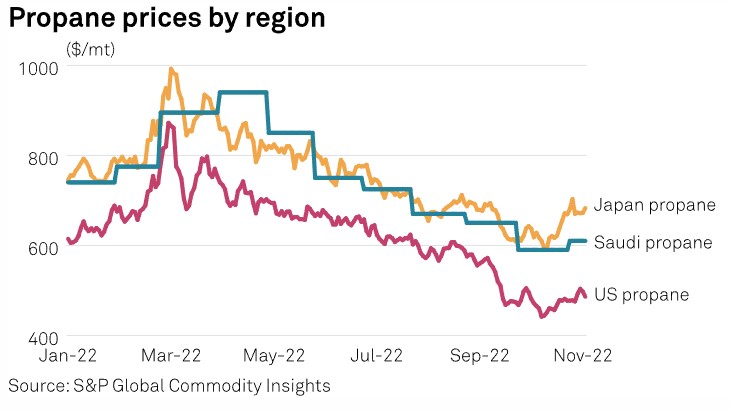 What’s happening? Short-term LPG prices are responding to delays along the Panama Canal, while seasonal demand expectations are powering prices higher through January. Rising prices in crude oil markets have not significantly translated to LPG and, in contrast to expectations from the fallout of Russia’s war in Ukraine, natural gas prices have decelerated faster than expected ahead of winter. With European natural gas in storage robust, at 92% as of end-October according to data the European Council made public, LPG is competing with less expensive natural gas in Europe.

What’s next? Natural gas demand destruction, and an over 50% decline in price from summer highs for both Henry Hub and TTF, suggests limits may exist for fuel switching to LPG in Europe and Asia this winter, with LPG prices poised to rise after months of decline. Despite the delays along the Panama Canal, the market could expect to see a lower-than-expected LPG price peak for January 2023. 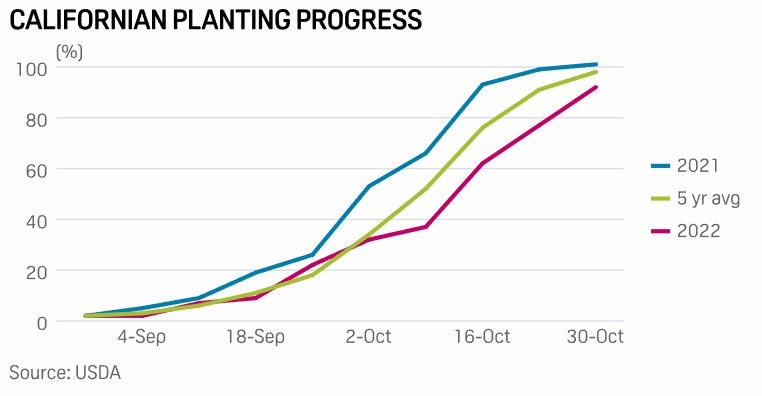 What’s happening? Harvesting of the smallest rice crop since the 1950s is wrapping up in California, with sources unimpressed by quality and yields. A normal crop should be around 500,000 acres, whereas this year’s crop is approximately half that due to drought. On top of this, delayed harvesting, farmers switching varieties and a record-breaking September heat wave all contributed to harming what rice was planted. “In a short year, we are just getting shorter,” said one source.

What’s next? Marketers are being forced to be more selective of clients due to the worse-than-expected yields, while imperfections in the crop are higher than normal. One miller said that “we as an industry are advising customers to expect more immatures/white bellies.” Field and milling yields and even quality are not going to go down as historically bad. But in a year when area is almost half of normal, the dips are both unexpected and unwelcome. 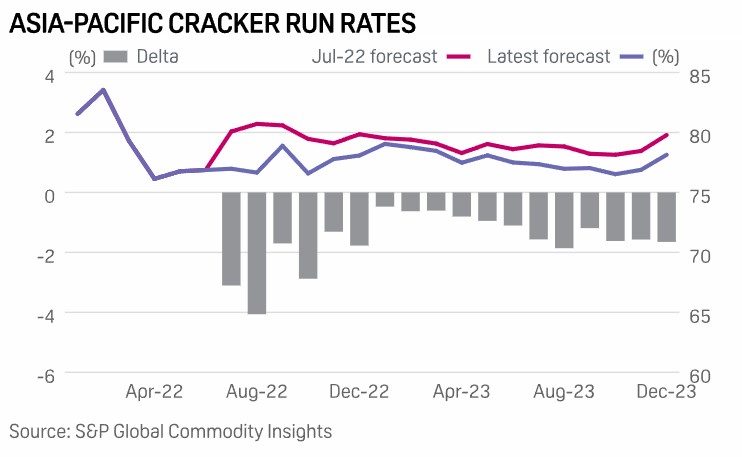 What’s happening? Economic conditions have deteriorated considerably relative to where the world was just a few months ago. As the global economy slows further, demand for petrochemical products will also be impacted.

What’s next? Analysts at S&P Global Commodity Insights have further revised their outlook on Asia-Pacific ethylene demand lower in their latest forecast, through to end-2023. As such, S&P Global analysts expect steam cracker run rates in Asia to be kept low over the forecast period, led by economic run cuts and production unit shutdowns. With naphtha being the key feedstock for steam crackers in Asia, reduced cracker run rates due to prolonged weak margins will thus have an adverse impact on naphtha demand in Asia.
Source: Platts