Since the bottom out in demand in April, caused by the COVID-19 pandemic, volumes of US-bound containerised goods from the Far East have risen steadily. In parallel with the gradual recovery in imports, container freight rates rose significantly, as widespread blanking of sailings more than matched the requirements of shippers.

Last week, no sailings were blanked on the Asia to US West Coast (USWC) trade lane and only one sailing was blanked (8,439 TEU) on Asia to US East Coast (USEC), according to Sea-Intelligence. Apparently, this tilted the thin balance, which then tipped in favour of shippers again, as freight rates out of Far East into the USWC took a beating on 15 August from USD 2,730 per FEU to USD 2,325, a decline of USD 405. 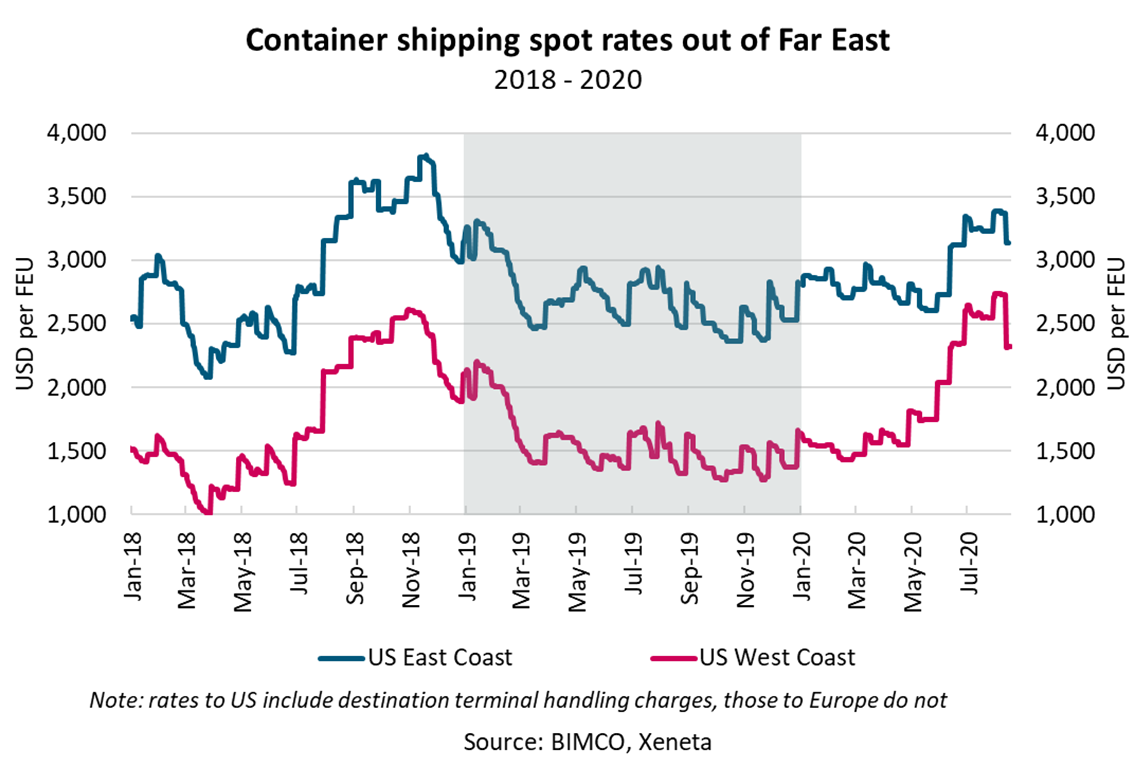 “Widespread blanking of transpacific sailings paved the way for a spot freight rate comeback after imports bottomed out in April. That comeback hit a wall on 15 August,” says Peter Sand, BIMCO’s Chief Shipping Analyst. “The sharp decline is testament to the knives edge balance, where just a little too much capacity being reintroduced, brings spot freight rates sharply down.”

The decline was most pronounced into the USWC, falling by 15%, whereas rates for cargo moving into the USEC fall less sharply from a higher level, losing only 7%. The rates into the US East Coast declined from USD 3,367 per FEU on 14 August to USD 3,139 per FEU the following day.
Source: BIMCO