Shipping container rates are continuing to skyrocket, and as ocean trade approaches its peak season, some market participants think the situation is likely to linger until mid-2022.

“This is not going away tomorrow, not the next quarter,” said Eytan Buchman, chief marketing officer at online freight shipping marketplace and platform provider Freightos. “I think the pressure on shipping is going to exist until at least the middle of next year.”

The sentiment is pervasive in the industry.

The CEO of Germany-based producer LANXESS said this week that logistical delays impacting the company will not improve this year as new shipping capacity that could ease the situation is not expected online until summer of 2022.

CONTAINER IMBALANCE
One of the problems is the imbalance of empty containers across the globe.

“There are more than enough containers in the world, they are just not in the right places,” Buchman said.

The imbalance was largely created by the demand surge as the US economy began to reopen after lockdowns instituted during the pandemic.

The demand boost led to the cost for containers from Asia doubling every couple of months, Buchman said.

It takes time for containers to be unloaded at the US port, moved inland by rail or truck to their final destinations, be unloaded and then return to the port.

“The five or 10 days that it will take are worth so much more to the carrier than they are making on the backhaul,” Buchman said.

Basically, the sooner the carrier can get the vessel back to China, the more profits can be made from the higher priced containers going the other way. 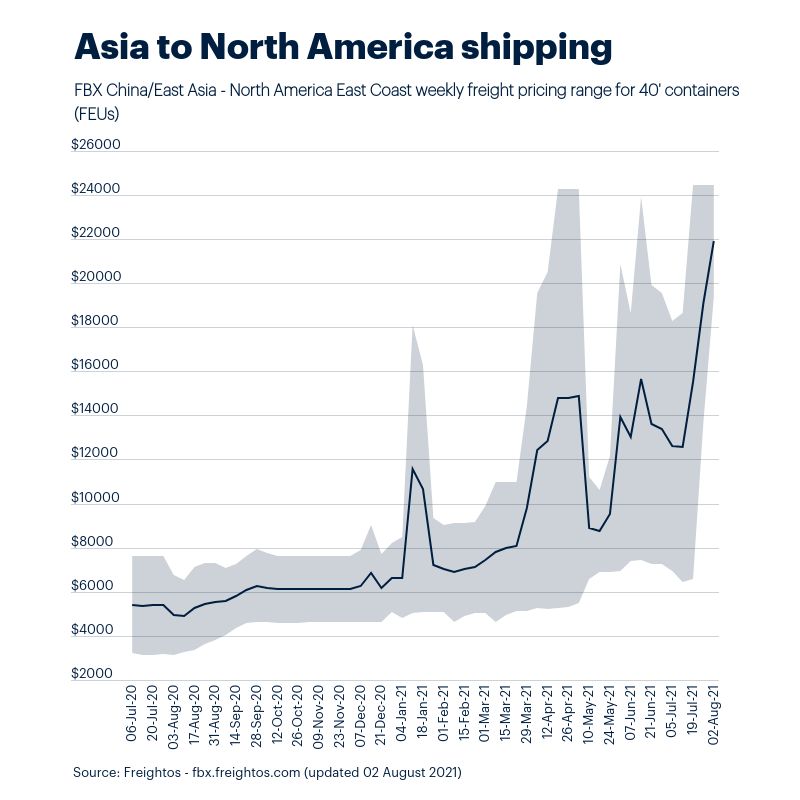 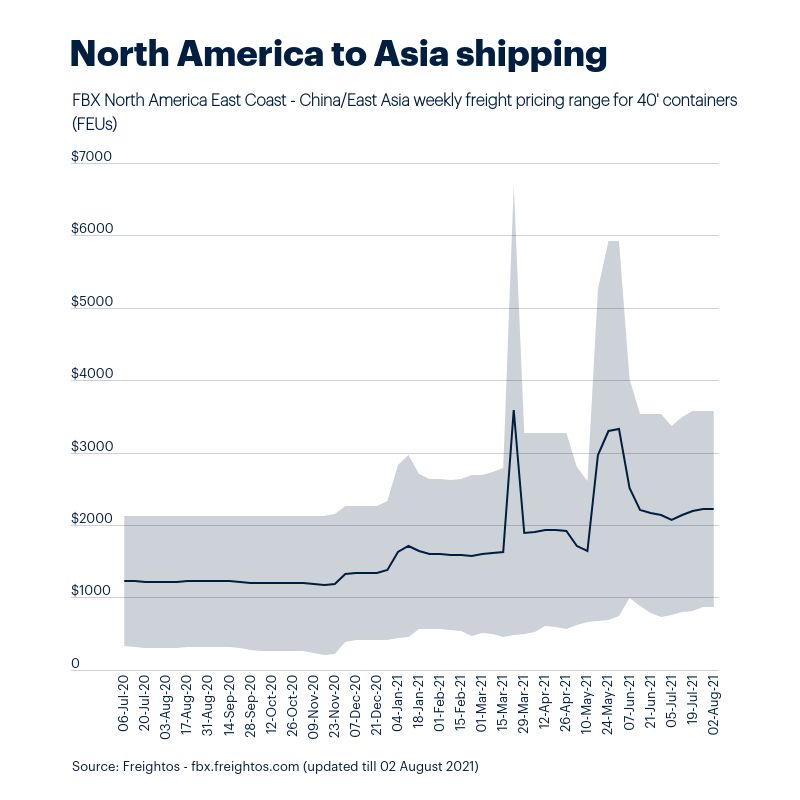 COULD GET WORSE
Buchman described the current situation in the container freight market as “death by 1,000 paper cuts”.

He explained that global trade and supply chains have been continuously pummelled by “stressors” – issues that pop up and put additional stress on the supply chain, like the partial port closure this week in China.

China’s Zhoushan port in Ningbo, Zhejiang province, suspended operations at its Meishan dock from 15:30 local time on Wednesday after one employee tested positive for COVID-19, the Ningbo government authority said.

The suspended Meishan dock accounts for around 20% of the port’s container capacity.

These stressors have also added to the time it takes for goods to move.

Buchman said that door to door – once the container leaves the yard – is even more of a difference, growing to 70 days at present from 47 days at this time a year ago.

Participants in Latin American markets have told ICIS that many Asian suppliers are selling on an FOB basis to avoid being responsible for shipping costs.

One Asia supplier is quoting material on an FOB basis that will not ship until September.

A South American participant said some shipping companies have declared forces majeure and there was one case where a vessel was unable to unload polymers at a Pacific coast port and just continued on its route.

The container was eventually unloaded in Mexico, and the buyer had to renegotiate with the shipping company to get the container shipped to its original destination.

A producer in India that used to ship material regularly to the west coast of South America said it is seeing its offers to Latin America being rejected.

“We have not concluded a deal in the last 1 1/2 months,” the producer said, adding that the difficulty of securing bookings from the shipping lines has been extremely difficult.
Source: ICIS by Adam Yanelli https://www.icis.com/explore/resources/news/2021/08/12/10673686/container-shipping-woes-unlikely-to-ease-before-mid-2022-as-global-trade-enters-peak-season