Container Shipping’s Record Year is One for the History Books

The container ship segment has had an astonishing year thus far. In its latest weekly report, shipbroker Allied commented that “the remarkable exuberance that seems to have emerged within consumer behavior globally since late 2020 has stretched supply lines to their absolute limits. At the same time, during the later half of 2020 and first half of 2021 we were still amidst major production disruptions, especially in most of the major developed economies, causing most supply chains to outstretch far beyond their consumer base. Pushing things further has also been the fact that we saw a fair amount of pent-up demand for consumer products fairly quickly as looser monetary policy started to become the “order of the day” for most major economies”.

According to Allied’s Head of Research & Valuations, Mr. George Lazaridis, “all this quickly added up to new record highs in both imports and exports of loaded TEU’s across most of the world’s major container ports. This could not have found the containership sector in a more favorable position to reap the benefits, as years of lackluster trade growth, and in turn, considerable under investments in new vessels, had left the market set for a major shortage on the supply front to develop. The shortage was so severe that time charter rates continued to climb well after their seasonal peak and even made gains during the start of the new year (a period which is typically characterized by major freight rate corrections as demand slumps from its seasonal Christmas holiday peak). 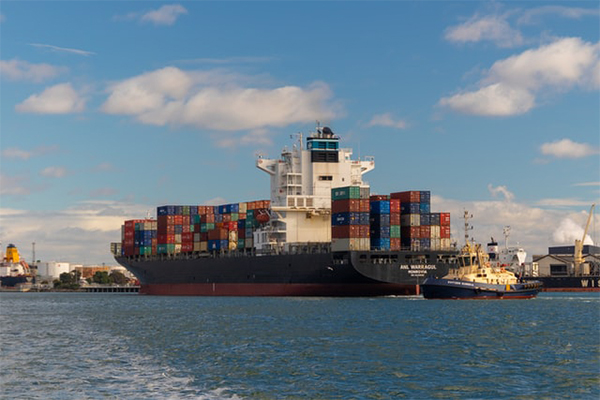 Lazaridis added that “having set such levels, the obvious thing was for supply to trail even further behind the prevailing demand levels as we moved into the Spring months of 2021, with trade boosting further and the overall infrastructure of the major lines (both ports and availability of ships) buckling under the pressure. Premiums being paid for shipping containers from one side of the world to the other were quickly leap frogging from one record high level to the next. By the end of May, levels had already surpassed the USD 10,000 mark for shipping a container from Asia to Europe, while the same trend was being seen across all major routes. Major container ports started to quickly fill up with containers waiting to be shipped as well as vessels waiting in long lists at anchorage to berth. This prevailing congestion that is pilling up has caused a further tie up of tonnage, leading to an even bigger supply issue and driving up shipping costs as well as the time charter rates they support”. 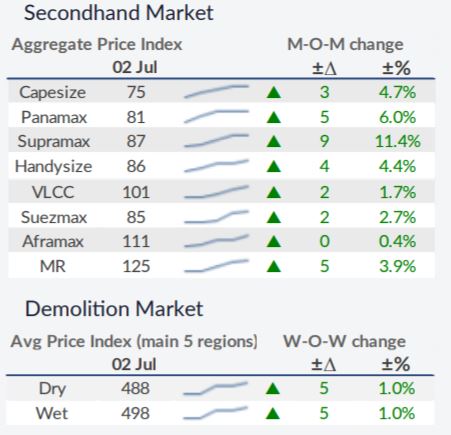 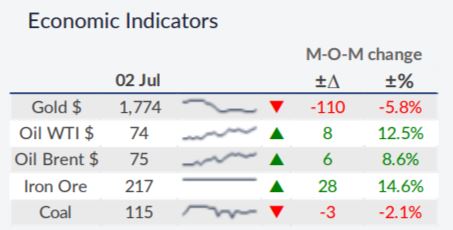 Allied’s analyst also noted that “the supply shortage has gotten so severe that we are now seeing series of dry bulkers and ro-ro vessels being recruited to cover the gap. With earnings rising at such a fast pace and quickly surpassing any figures seen in the last decade, it is no surprise that secondhand prices for containerships have shown an equally remarkable gain over the past 6 months. During the end of 1Q21 we were already seeing a more than 40% gain in average asset prices across all size segments and age groups, while by the end of 2Q21 this had skyrocketed to 140% and these are only the average figures, with the gains in some cases being as high as three times as much. There is a sense that there is almost a “gold rush” under way now, as this sector has now outperformed all other shipping sectors included some very good performers such as dry bulkers. What’s more is that given the as things stand now there does not seem to be an end in sight (or at least up until the end of the year), while it looks as though things are set to escalate further. Despite all this stellar performance, there seems to be ample more room and momentum left for further gains to be made now, which may well seed now a further round of even higher charter rates and in turn an even bigger spike in asset prices”, Lazaridis concluded.
Nikos Roussanoglou, Hellenic Shipping News Worldwide

Previous: UK’s Sunak ‘cautiously optimistic’ about COVID recovery
Next: Is China set to cut RRR soon? What are the implications?