Containers and Tankers the Main Candidates for Ship Recycling

With Ramadan now over, the ship recycling market is bound to pick up steam once more, with brokers claiming that containers and tankers will likely be the main candidates for sales. In its latest weekly report, shipbroker Clarkson Platou Hellas said that “for the first time this year, we are seeing the Indian market leading the way in the sub-continent as Prime Minister Modi’s general election win brought some renewed confidence back to the market amid the quieter and rather sullen created by the Ramadan period. It would be expected that Containers and specialist Tanker units would receive stronger numbers at present compared to Bangladesh that has been swallowing the majority of tonnage for the year, although those in the market still expect any larger dry units, such as Capesize tonnage, to end up on the Chattogram shores due to their preference for these units and the final locations in the Far East. Confidence from Bangladesh has certainly drained recently with the budget on 13th June making cash buyers and recyclers anxious as rumours that tax duties will be imposed which could in turn cripple rates on offer from the domestic recycling yards and steel mills. For any vessel available, and certainly units are scarce at this particular time, it will be difficult trying to obtain positive feedback and offers from Buyers until the budget has been announced. Looking towards Pakistan, it still seems to be the same story where there is little demand locally, despite empty yards, after the currency devaluation at the start of the year and now with Eid upon us, the local recycling area must resemble something like a ghost town”. 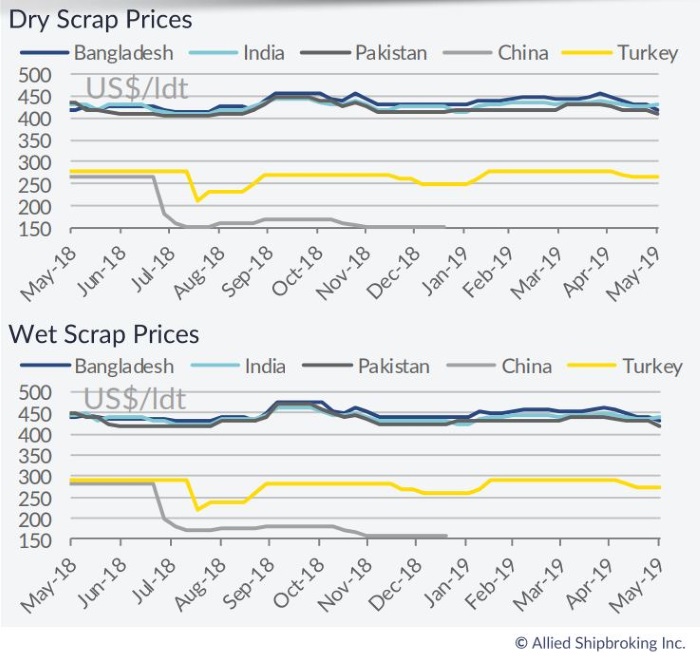 In a separate note, Allied added that “an overall blurred scene in the ship recycling market continued for yet another week, especially in the Indian Sub-Continent. Bangladesh seems to be struggling under the pressure of the amassed stockpile of tonnage, while focus has shifted in processing previous purchases, rather than seeking new opportunities that may arise in the market at this point. Pakistan has witnessed a considerable softening in offered numbers, moving very close to the 400 US$/MT mark. Both of these two countries seem to have also seen a slump in appetite as part of the Ramadan holidays. On the other hand, sentiment in India continues to improve further, gathering the largest share of the current flow of tonnage being circulated in the market. However given that we are closing in slowly on the start of this year’s monsoon season, it is hard to see a case whereby we would see a sharp increase in the market over the coming weeks”, Allied concluded. 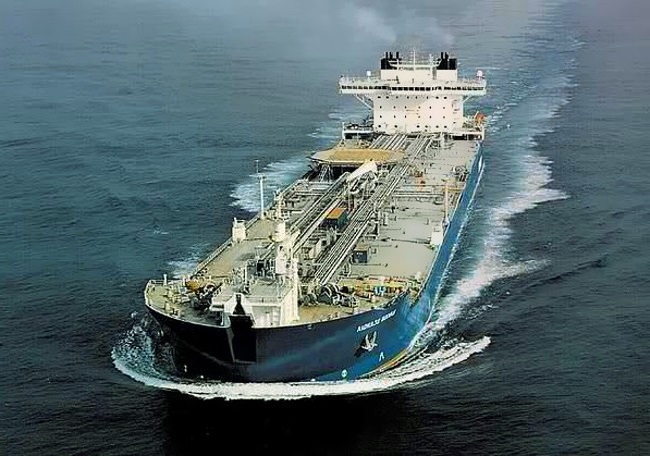 Meanwhile, in a separate report, GMS, the world’s leading cash buyer added that “the market remains on an overall subdued footing, despite the recent surge in optimism in India, brought on by last week’s election victory of Prime Minister Mr. Narendra Modi. Bangladesh essentially remains out for the count with the budget due on June 13th (in which new duties / taxes on the steel sector are expected to be introduced) and a week long Eid holiday, which are set to begin from early next week, signaling the end of the Holy month of Ramadan. Pakistan remains desperately positioned below the USD 400/LDT mark for most units and there appears to be little hope of any fresh arrivals here any time soon, especially after this most recent currency depreciation and an upcoming budget on June 11th. New candidates appear to have dried up for the time being, with many owners unwilling to dip into the market at these far lower levels. In fact, most are willing to wait and see the results of the upcoming budgets and are hoping for a post-Eid optimism to return to the markets. The reality is however that most yards in Bangladesh remain stuffed with tonnage and this is hardly surprising given that most Panamax containers, Capesize bulkers, VLOCs and other large LDT market, non-green vessels have ended up in Chattogram this year. Those end Buyers that are open, unfortunately do not have L/C limits (an increasing issue across subcontinent markets, due to increasingly tougher banking compliance requirements) and it will therefore take a period of significant digestion over these summer / monsoon months before the previously bullish Bangladeshi market returns to form”, GMS concluded.
Nikos Roussanoglou, Hellenic Shipping News Worldwide