Containerships, a subsidiary of the container shipping company CMA CGM, is integrating Hamburg into its liner service BALT1.

The intra-European liner service “BALT-1” started in Hamburg on Friday (22/09/23) with the departure of the vessel “Containerships VIII”. The new service is designed to increase the frequency of sailings between the ports of Hamburg, Rotterdam and Teesport and to provide a direct and fast connection between Germany and the UK.

Containerships announced the direct service between Germany and the UK, marketed as “DUKE”, connecting mainland Europe and the Eastern coast of the UK. Together with the extensive rail network in Europe offering daily train connections, this service is an ideal and sustainable route for the transport of goods to the UK. 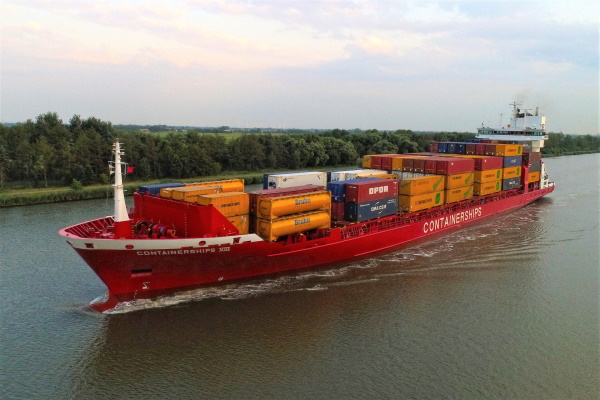 The intra-European liner service “BALT-1” started with the departure of the vessel “Containerships VIII”.

The “DUKE” service is thus part of the “BALT-1” liner service, which rotates between the ports of Hamburg, Rotterdam, Teesport, Rotterdam, Helsinki, Tallinn, Hamburg. According to the industry service Alphaliner, the company uses its freighters “CONTAINERSHIPS VIII” with a capacity of 850 standard containers (TEU) and the “CONTAINERSHIPS VI” with a capacity of 956 TEU.

Containerships connects Hamburg not only with the UK but also with Spain and the Canary Islands, Northern Africa as well as Poland and the Baltic Sea region.

The Port of Hamburg offers intercontinental maritime as well as European feeder and shortsea connections to around 950 destinations in 178 countries.
Source: Port of Hamburg

2022-10-05
hellenicshippingnews...
Previous: SAAM agrees to sell its port terminals and associated logistics operations to Hapag-Lloyd
Next: US MARAD updates its security warning for the Red Sea, Persian Gulf, and Western Indian Ocean region