Containerships, an expert in Intra-Europe and a subsidiary of the CMA CGM Group, a world leader in shipping and logistics, is pleased to announce it has performed its first simultaneous operations (SIMOPS) bunkering, which allows for the concomitant bunkering of liquefied natural gas (LNG) and execution of loading and unloading procedures.

On July 4th, 2019, Containerships successfully carried out SIMOPS bunkering on its LNG-powered CONTAINERSHIPS NORD vessel in the Port of Rotterdam. The vessel thus became the first container carrier performing SIMOPS in Europe by means of “ship-to-ship” bunkering. 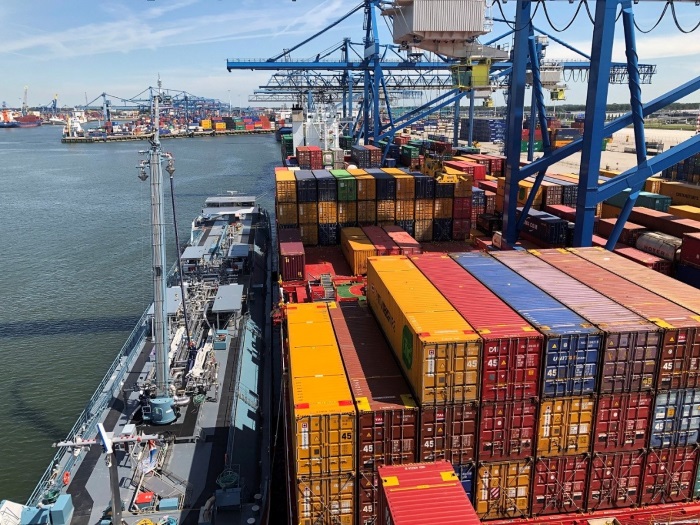 To ensure a fluent and safe ship-to-ship bunkering, Containerships worked closely together with Shell, its bunker supplier, with the Port of Rotterdam and with the RST Terminal. The vessel received approximately 200 tons of LNG.

This unprecedented achievement paves the way for this procedure to be performed on other LNG-powered vessels, including the recently delivered CONTAINERSHIPS POLAR, the sister ship of the CONTAINERSHIPS NORD.

Thanks to SIMOPS, the ship’s stay in the port can be reduced significantly and operational delays avoided. Therefore, transit times can be reduced, offering CMA CGM Group customers a highly reliable and fast connection between Northern Europe and the Baltics.

With LNG, the CMA CGM Group reaffirms its commitment to the protection of the environment

With LNG, Containerships as part of the CMA CGM Group reinforces its commitment to the protection of the environment and the energy transition of the maritime industry. 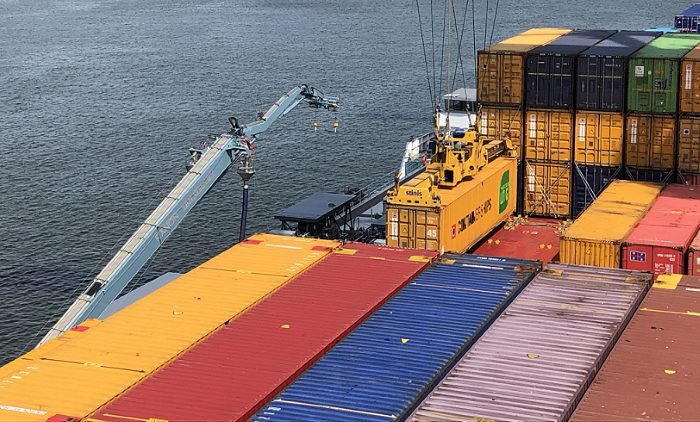 The use of this fuel indeed represents a real technological breakthrough which yields significant benefits compared to traditional heavy fuel oil:

A pioneer in the use of LNG to power container ships, CMA CGM is set to take delivery of 20 LNG-powered vessels by 2022, including nine 22,000-TEU ships which are scheduled to be delivered from 2020.
Source: Containerships