The Cook Islands and Sao Tome and Principe have become the latest States to become Party to the Cape Town Agreement on fishing vessel safety. They deposited their instruments of accession during the Torremolinos Ministerial Conference on Fishing Vessel Safety and Illegal, Unreported and Unregulated (IUU) Fishing (21-23 October).

At the same time, they joined 44 other countries (46 in total) signing the Torremolinos Declaration, a non-legally binding political instrument. By signing the Declaration, the 46 States publicly indicate their determination to ensure the Cape Town Agreement reaches entry into force criteria by the tenth anniversary of its adoption (11 October 2022).

The ministerial conference is being held to push forward ratification and entry into force of the Cape Town Agreement, to bring in mandatory safety measures for fishing vessels of 24 m in length and over.

The treaty will enter into force 12 months after at least 22 States, with an aggregate 3,600 fishing vessels of 24 m in length and over operating on the high seas have expressed their consent to be bound by it. With the latest accessions, 13 countries have ratified the Cape Town Agreement: Belgium, Congo, Cook Islands, Denmark, France, Germany, Iceland, Netherlands, Norway, Saint Kitts and Nevis, Sao Tome and Principe, South Africa and Spain. 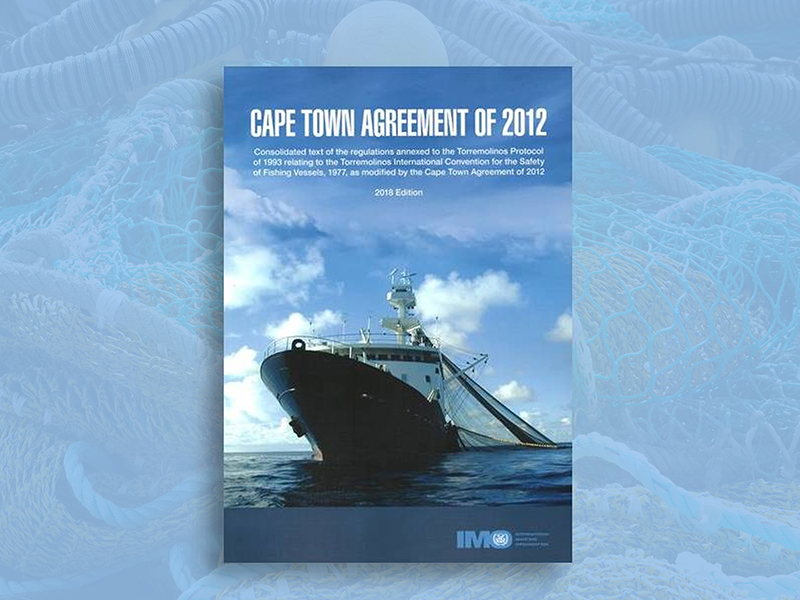 Countries signing the declaration pledged to take action so that the entry-into-force criteria of the Cape Town Agreement are met by the target date of 11 October 2022, the tenth anniversary of its adoption; and to promote the Agreement, recognizing that the ultimate effectiveness of the instrument depends upon the widespread support of States, in their capacities as flag States, port States and coastal States. They also denounced the proliferation of IUU fishing, recognizing that international safety standards for fishing vessels will provide port States with a mandatory instrument to carry out safety inspections of fishing vessels, thereby increasing control and transparency of fishing activities.

The Torremolinos Conference is co-hosted by IMO and the Government of Spain, with the kind support of the Food and Agriculture Organization of the United Nations (FAO) and The Pew Charitable Trusts. It is being attended by more than 500 participants from 148 delegations, including more than 30 Ministers. Read more here. The Conference will close on Wednesday (23 October) with the adoption of Conference resolutions.
Source: IMO

World Earth Day: CMA CGM committed to the protection of the environment