Corvus Energy is pleased to announce that the sea trial of its new energy storage system—the Corvus Blue Whale ESS—took place in October and has been declared successful.

In 2018, Corvus Energy started a ground-breaking project to develop the next-generation energy storage system (ESS) for maritime applications. The process has focused on cost-effectiveness, scalability and safety, as well as flexibility and sustainability. The first product in this series, the Corvus Blue Whale ESS, is designed for large installations and is now ready for delivery after successful sea trials on board Seaspan Reliant, a drop-trailer cargo ferry owned and operating by Seaspan Ferries Corporation (SFC). On October 15 and 16, SFC, Corvus Energy and integrator Elkon conducted tests of a suite of sea-trial requirements for the Corvus Blue Whale ESS, resulting in successful completion of customer acceptance testing (CAT). 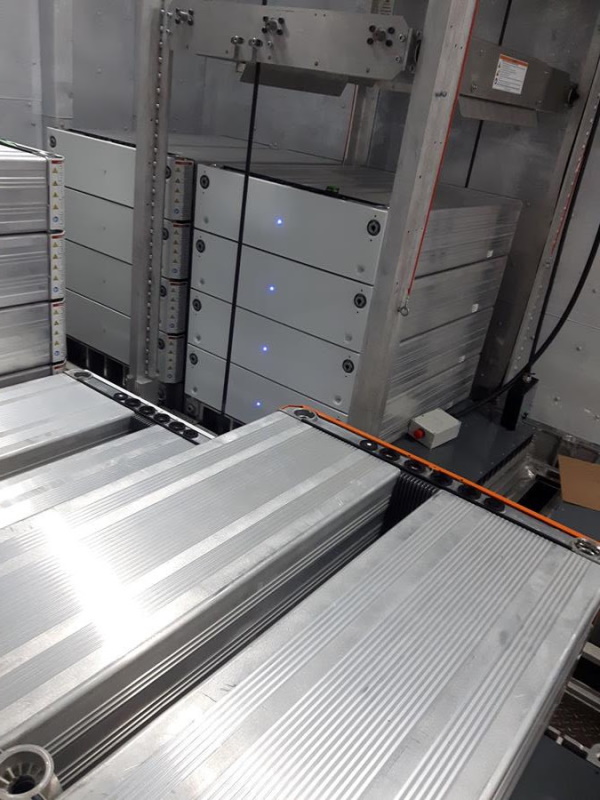 “SFC has an innate desire to minimize fleet emissions and has successfully integrated Corvus propulsion battery systems onboard four SFC dual fuel hybrid ferries. The new Corvus Blue Whale ESS system is a natural addition to our fleet and is a remarkable product which is particularly well suited for the Reliant’s existing architecture,” says Harly Penner, General Manager at SFC, which offers commercial cargo ferry service between its four coastal terminals on Vancouver Island and British Columbia’s mainland.

Fuel-efficient and reduced emission operation set to expand
The new Blue Whale battery, which replaces a battery with only a quarter of the upgraded energy capacity, will allow SFC to perform engine load optimizations, without sacrificing vessel speed, resulting in higher efficiency operations and minimizing the requirement of dual generator operations.

“During the sea trials, it was impressive to witness the advantages of this new technology by discharging the battery system to 3% capacity, while still outputting peak power to propel the vessel,” says Ahmed Khan, Project Manager at SFC. “We envision being able to operate on a single generator and using the battery system to maintain target speeds, which will reduce fuel costs and total engine hours. In addition, the 1.8 MWh capacity of the Reliant’s new system affords new modes of operations, such as powering the vessel by battery power only during port cargo exchanges.” 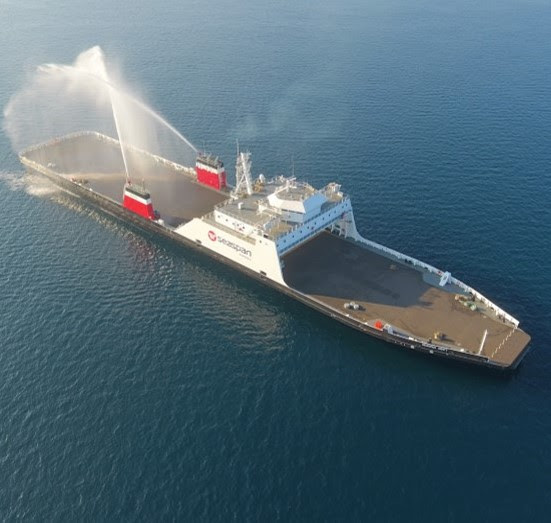 Industry trend for larger batteries
The inaugural voyage for Corvus Blue Whale ESS is the culmination of over three years of research and development initiated when Corvus recognized the emerging trend toward low- and zero-emission vessel operation requiring larger capacity battery systems.

The Blue Whale ESS is targeted towards vessels in need of large amounts of energy over time due to, for example, long distance sailing and able to charge over a half an hour or more. Such vessels may include: Ro-Ro, Ro-Pax, cruise ships and merchant vessels, as well as smaller vessels like fishing vessels, offshore vessels and ferries.

“Blue Whale is the result of an extensive, multi-million dollar development effort by our Vancouver R&D team. It leverages what the company has learned over the past decade about maritime energy storage requirements and validates market requirements and acceptance,” says Richard Wing, Chief Research & Development Officer at Corvus Energy. “Moreover, the new architecture is modular and flexible to suit not only Blue Whale, but an ever-expanding range of maritime energy storage applications in the future.”

Support for R&D and Field Trial
Corvus’ Wing continues: “The field trial is an important pre-commercial activity that validates that a wide variety of product features meet market needs. We are extremely grateful to the project personnel from SFC for their collaboration, insights and generous use of the vessel for this first deployment of the Blue Whale ESS.”

In addition, Corvus Energy acknowledges the generous support of Canada’s Ocean Supercluster to both Seaspan Ferries and Corvus Energy in this pre-commercial phase.