Corvus Energy, the world’s leading provider of zero-emission solutions for the maritime industry is pleased to announce that the Company has been selected to lead an IPN project – a program funded by the Research Council of Norway to promote innovation in the industry. Corvus Energy joins forces with research institute NORCE and other partners for the project which has been awarded 13,9 million NOK in funding.

The industrial project, titled “Optimized Hydrogen Powered Maritime Mobility” or “OptHyMob” for short, will improve operations of hydrogen-driven marine vessels in order to reduce costs and extend the lifetime of both the hydrogen fuel cells and the batteries in hybrid configurations. The project builds on the ongoing H2NOR project, funded in part by Innovation Norway, where Corvus Energy and partners will develop, demonstrate and certify the inherently gas-safe modularized maritime PEM-based FC system based on technology from world leader Toyota.

Project outcomes will advance zero-emission shipping
The lifetime of current fuel cell installations and high cost of hydrogen are barriers for upscaling the hydrogen-driven vessel,” says Svenn Kjetil Haveland, Vice President of Development Projects at Corvus Energy. “By solving this we can accelerate decarbonization of shipping.”

Haveland elaborates: “The knowledge gained, as well as the models and systems developed through the OptHyMob project, will enable cost-effective use of hybrid fuel cell-battery systems applied for ship propulsion. Through increased efficiency, and extended lifetime of the systems, the total cost of ownership will be reduced. which is essential to the maritime industry’s progress toward zero-emission fuels.” 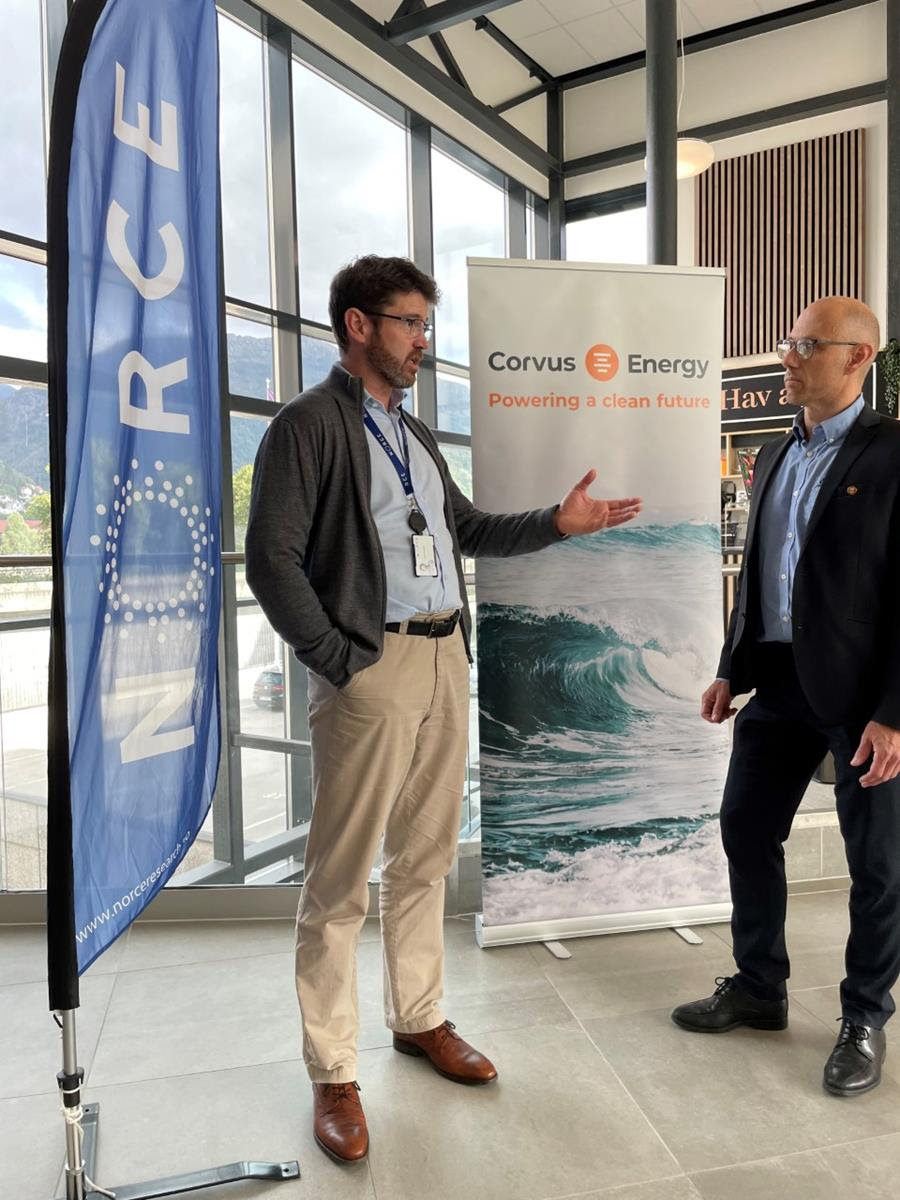 The project’s aim is cost-effective hydrogen ship propulsion
The power usage and hence the vessel’s energy consumption will vary a lot for different operational modes, such as acceleration and transit, and also depend upon weather conditions and waves etc. In addition, the hydrogen consumption in a fuel cell system will vary depending on how the system is operated.

Leading edge R&D into fuel cell + battery hybrid operation
This project will perform its research in close collaboration with and in relation to another Research Council funded KSP project, titled “Energy efficient operation of hydrogen-powered vessels” or “HyEff” for short, led by NORCE and involving the same partners.

“This IPN project performed in tandem with the KSP ‘HyEff’ project will provide unique knowledge transfer between academia and the industry and establish best practices in batteries and fuel cell hybrid operation into the Norwegian and, ultimately, the global maritime industry in its quest towards zero-emission shipping and maritime transportation,” says Fionn Iversen, Chief Scientist at NORCE.

The projects will combine experimental and full-scale operational data to develop a cost-optimized system that can recommend the optimal load distribution between fuel cells and batteries applied for ship propulsion. Next-minute wave and load predictions will be developed using physics-based and data-driven models which will be implemented in an industrial clustered edge computing infrastructure.

In addition, research on degradation mechanisms in batteries and FC systems used in maritime applications will be performed to determine how these components affect each other and how they can best be combined to limit system degradation and extend system lifetime.

“Both the OptHyMob project led by Corvus and the HyEff project fit well into the Norwegian Government’s overall commitment to green shipping,” Haveland expresses. Iversen adds, “They correlate well with the ambitions for the Government-funded Norwegian Centre for Hydrogen Research – HyValue FME.”
Source: Corvus Energy