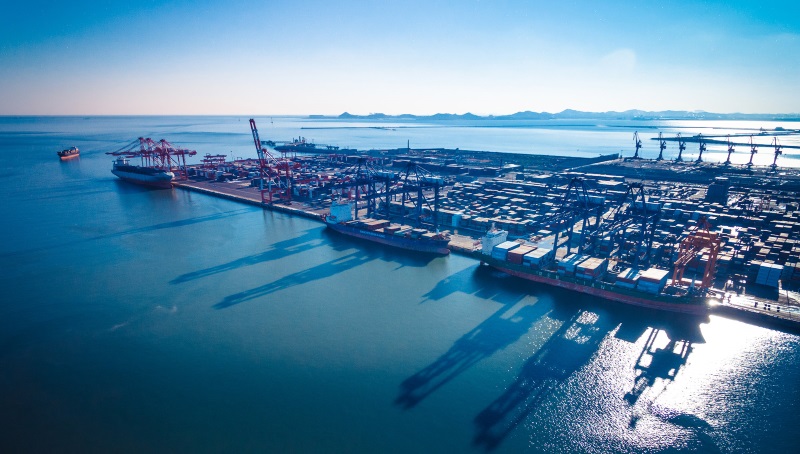 On 23 January 2019, COSCO SHIPPING Ports officially signed the subscription and investment agreement with Volcan to acquire stake in Port of Chancay. Peru has great potential in economic development. Located 58 km in the north of the Peruvian capital of Lima, Port of Chancay enjoys favorable location where it has easy access to the economic centre of Peru. About 60% of Peru’s economic activities are concentrated in Lima and its surrounding areas, and thus, the favourable geographic location of Lima is of strategic importance. Port of Chancay is a natural deep-water harbour with a maximum of 16 meters water-depth and is capable of satisfying the needs of mega vessels. The construction of Port of Chancay includes multi-purpose terminals, container terminals and related infrastructure facilities. Phase one of the terminal will have four berths, of which two are multi-purpose berths, and two are container berths with a total annual designed capacity of one million TEU.

Mr. Martín Vizcarra said, “The signing of the closing certificate by companies from Peru and China is a milestone. The companies from China and Peru jointly invested and developed Chancay Project, which laid a solid foundation for Peruvian economic development, as well as trade cooperation between China and Peru. The construction of the Port of Chancay will contribute to the regional development and we expect to develop Port of Chancay into one of the most important hub ports in South America and logistics center near the Pacific Coast, which will promote the regional trade and the trade between China and the Latin America.”

Ms. María Esperanza Jara Risco, Minster of Transportation and Communications of Peru, said, “As an important infrastructure project, Port of Chancay is the achievement from increasing trust between Chinese and Peruvian companies. The project is not only a multimodal transportation project upon completion, but also an important infrastructure project that contributes to Peru, as well as generations of Peruvian people.”

Ms. Li Yun said, “China and Peru jointly develop the Port of Chancay, which is an important cooperation in the infrastructure field and symbolizes the friendship between the two countries. With the great support of Chinese and Peruvian governments and the efforts from the companies, Port of Chancay will be successfully implemented and reach expectation, which will positively contribute to the economic development in Peru and improve the living standard for Peruvian people.

Captain Xu Lirong said, “COSCO SHIPPING chose to invest in the Port of Chancay because there is great potential in Peru’s economic development and trade between China and Peru. The completion of the transaction signals that Chinese and Peruvian companies will jointly cooperate and maximize resources and advantages in their professional fields and heralds a new chapter in cooperation. Peru is one of the countries in Latin America and Caribbean region which enjoys the fastest economic growth. COSCO SHIPPING will jointly cooperate with Peru to develop Port of Chancay into an important hub port in Latin America and near the Pacific Coast, which will promote regional economic development. It will become the new link and bridge for trade and economic exchanges between China and Peru.”

Mr. José Picasso, Chairman of Volcan, said, “COSCO SHIPPING Ports has strong and professional business operation capabilities, as well as efficient management skills. Port of Chancay enjoys favorable geographical location and has the potential to become a logistics center. It is expected to have first-class management team, who have strong management experiences. It is also equipped with superior facilities and intellectual system. This project is a milestone under the framework of mutual cooperation between China and Peru, which deepens the bilateral relations in multiple fields.”

Mr. Zhang Wei said, “With the rapid development of Peru’s economy and trade, insufficient port infrastructure capacity has become increasingly significant. Serious congestion and high logistics costs have brought challenges to ship owners and shippers, which constrains the sustained and rapid development of the Peruvian economy. Therefore, we, together with Volcan, have joined forces to invest, build and operate Chancay project. We will take ports as the fulcrum, maximize the resources and advantages of COSCO SHIPPING, introduce shipping companies and logistics supply chain, in order to develop Port of Chancay into an important hub port in Latin America and the most important logistics hub near the Pacific coast.”