Could Shipping Turn to Alternative Fuels Sooner that Originally Thought?

The shipping industry has already starter using low-sulphur fuels since the start of the year. However, it could soon turn to even “greener” fuels in the coming years and sooner than originally planned. In its latest weekly report, shipbroker Gibson said that “last week, the European parliament voted to include emissions from shipping within the EU Emissions Trading System (ETS) by 2023, if there is no comparable IMO system in place by 2021. This move has been debated in the past, and by some was seen as an inevitable step in the journey towards greening the economy. However, the announcement gave few details, other than there would be further debate on the issue at a meeting scheduled for 14-17th September”.

According to Gibson, “it is currently understood that the legislation will apply to vessels of 5,000 gross tonnes and above, trading to, from or between EU ports. Exactly what shape the tax will take is unknown, however, effectively it could be viewed as a secondary Emissions Control Area. In addition, the European Parliament intends to introduce binding requirements for shipping companies to reduce their annual average CO2 emissions by 40% by 2030 and calls for the establishment of an ‘Ocean Fund’ to support investment in innovative technologies to help achieve the required reduction in emissions, financed by proceeds from the ETS. Plans also exist to make vessel berthing emissions free by 2030”. 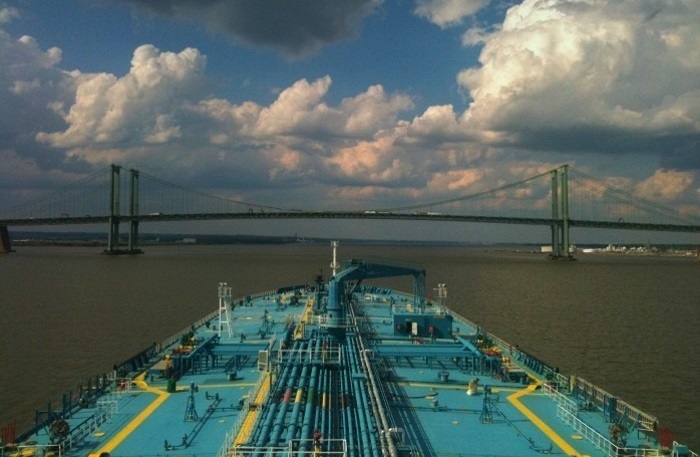 The shipbroker added that “according to the EU, the current ETS works on the ‘cap and trade’ principle. A cap is set on the total amount of certain greenhouse gases that can be emitted, whilst companies can trade emission allowances. The volume of allowances in circulation is controlled so that values are maintained. The historical price trend of carbon emissions can be seen in the chart below”. 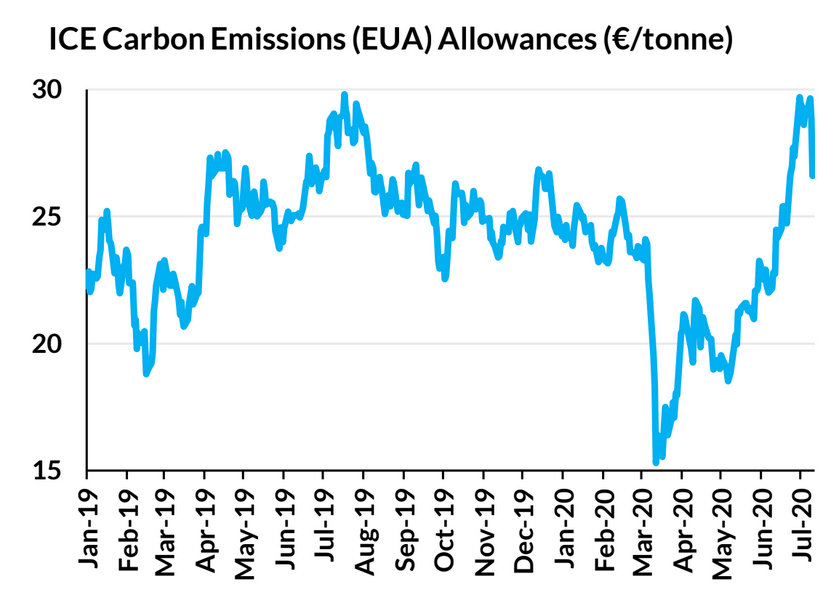 “Whilst the shape of the legislation is yet to be defined, it will likely serve as an impetus towards stimulating investment in alternative fuels, which so far have had to be made on the basis of comparing the cost of alternative vs. conventional (compliant) fuels. However, new legislation which ‘taxes’ emissions could drastically alter the economics in favor of lower, or zero carbon fuels, particularly for vessels which are likely to spend the majority of their time trading within Europe. This legislation therefore gives new technologies a helping hand. However, the key question is who pays for the cost of compliance? The shipowner, the charterer, or the end consumer? Ultimately it is likely that the commercial operator will pay, with costs passed onto the consumer or absorbed by the operator, in the same way higher fuel costs due to the introduction of Emission Control Areas have been passed on, depending on market dynamics”, Gibson said.

According to the shipbroker, “whilst this potential legislation is also likely to face stiff resistance from some, it ultimately aligns with the goals and ambitions of many industrial players who have already announced their long-term climate goals. And worst, this development will provide further incentives in the uptake of lower carbon vessels. Indeed, some would argue that this legislation is needed to encourage market players to invest in more expensive, but greener technologies Likewise it could foster the development of a time charter marketfor zero, or lower carbon vessels. However, in the meantime, for an owner trying to decide what type of vessel to order, the decision just got even more complicated”, Gibson concluded.
Nikos Roussanoglou, Hellenic Shipping News Worldwide