Could Synthetic Fuels Create a New Market for Tankers?

A new and promising fuel sector, the so called synthetic fuels, could provide an additional support to the tanker market by the end of the decade. In its latest weekly report, shipbroker Gibson said that “if you own a Porsche or you like Formula 1, then the developments within the synthetic fuels sector will be of interest to you. Tanker owners should also take note. Porsche director, Frank Walliser, has outlined that his company is working with Siemens on a new synfuel plant in Chile. Here synthetic fuels will be produced, where water is electrolysed with hydrogen atoms that have been split by the process of being blended with captured carbon dioxide to create a liquid fuel called e-methanol. This can be further refined turning it into e-gasoline, e-diesel or e-kerosene for aircraft”. 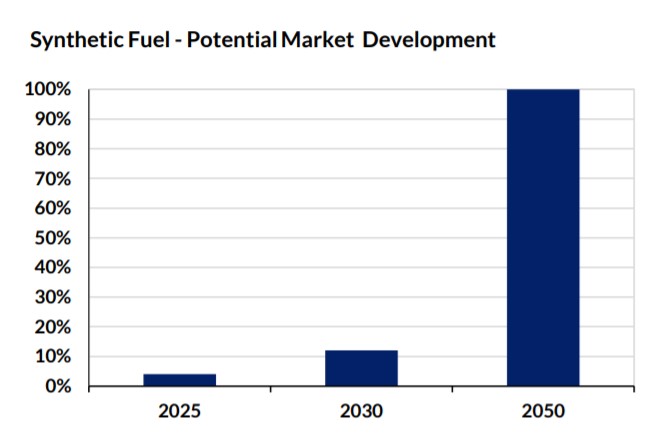 According to Gibson, “these new synfuels act like conventional fuels and can provide a drop-in replacement for existing oil sourced fuels. Synthetic fuels have no impact on vehicle performance and in some cases can provide more power. These fuels have around eight to 10 components, compared to today’s fuels which have between 30-40 components, meaning the manufacturing process is likely to be less complicated. Another benefit is that testsundertaken by Porsche expect a reduction of CO2 of around 85%. However, the exact amount of reduction in CO2 will depend on how the source power required to produce the fuel is generated, with the best option utilising renewable electricity”.

“The efuel Alliance sees a gradual increase in synthetic fuels as an admixture to conventional fuels, rather than an immediate swap. The blending of synfuels with regular fuels will also help cut CO2 emissions. The blending of fuels will allow time for the new synthetic fuels to ramp-up production capacity and capability. In the longer term, synfuels are designed to replace regular fuels, as demand for carbon based fuels declines. However, this could take some time as the efuel Alliance forecasts just 4% of admixture by 2025, 12% by 2030 and 100% by 2050. This timeline is way outside the proposed CO2 neutral limits of the current zeitgeist. Although, studies show that it takes around 20 years from the date of registration for 98% of cars to disappear off the road, meaning that cars with internal combustion engines (ICE) sold during 2029 will still around in the mid-2050s and will require some form of fuelling”, the shipbroker said. 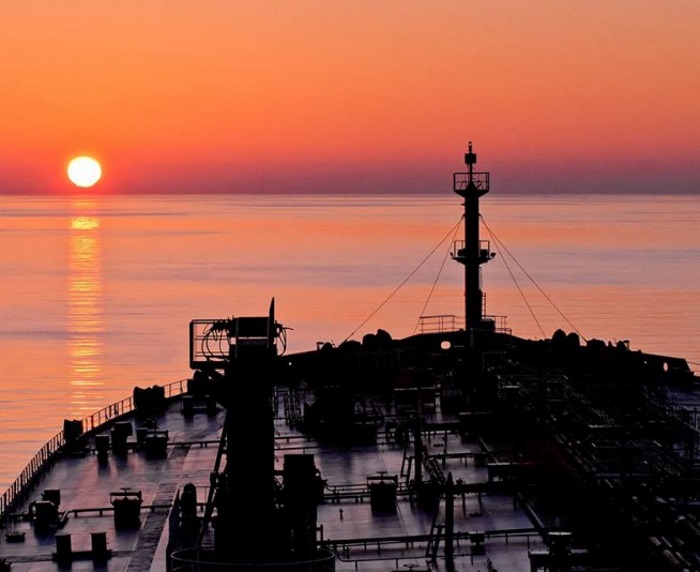 Gibson added that “the reason for outlining synthetic fuels here is due to various governmental diktats on the banning of ICE that operate on gasoline or diesel in or around 2030. Should the production and consumption of synfuels become a major contributor to the transport and power generation sectors in the near-term, then by implication there will be the need to transport the fuels from production location, potentially in a part of the world where a surplus of sustainable energy is available, to final consuming markets. The tanker market could start to see an increase (albeit in small quantities initially) of synfuels being transported. It would seem there would be no need for different tanker designs to carry these new fuels, meaning current tankers could potentially drop in and out of their current trading patterns and operations and transport these new fuels as and when required, or even specialise in this new and potentially growing fuel sector. These is still much of theunknown about the future of synfuels, such as production costs and locations of production facilities, but these fuels could add to the expanding focus on sustainable future fuels all to the benefit of both Porsche owners and the tanker market”, the shipbroker concluded.
Nikos Roussanoglou, Hellenic Shipping News Worldwide