Members of the Clean Shipping Alliance 2020 have expressed disappointment in Malaysia’s decision to prohibit the use of open-loop exhaust gas cleaning systems in its coastal waters.

The Malaysia Shipping Notice (MSN 07/2019), published on the 12th November, states that ships calling to Malaysian Ports are advised to change over to compliant fuel oil or change over to closed-loop/hybrid systems before entering Malaysian waters and ports. 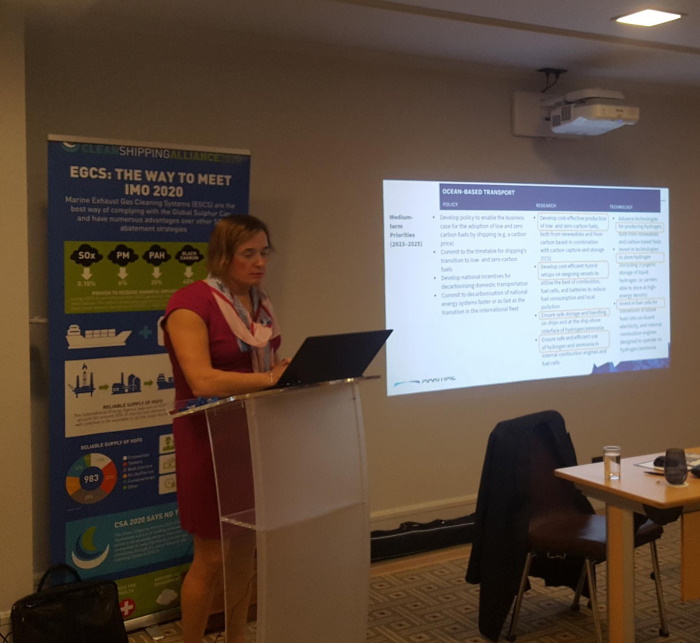 Dr. Elizabeth Lindstad, Chief Scientist, SINTEF Ocean, confirmed that the use of HFO+EGCS has a better air emissions quality than ships operating on compliant fuels

“We are disappointed in this announcement,” said CSA 2020 Chairman Capt. Mike Kaczmarek. “The decision will impact not only our member shipping companies, but over 200 other international shipping companies that have announced their intent to install scrubbers as an accepted means of compliance under MARPOL Annex VI.

“We will of course comply with these national rules, however, we do not understand the reasoning or timing, with the global sulphur cap deadline just weeks away and with the IMO already embarked on a comprehensive evaluation of the environmental impact of exhaust gas cleaning systems in ports.

“We don’t know what’s behind this decision by the Malaysian Marine Department, but it was not likely science-based, as there is no evidence that would clearly support it. There also were no collaborative discussions with their global shipping partners, many of whom are very experienced with these systems.”

In a CSA2020 Technical Conference held last week in Brussels, Dr. Elizabeth Lindstad, Chief Scientist, SINTEF Ocean, confirmed that the use of HFO+EGCS not only has a better air emissions quality than ships operating on compliant fuel, but also a greater positive effect on global emissions reduction, including greenhouse gases.

Ian Adams, Executive Director, CSA 2020, said: “There are multiple credible studies just released during the last year that confirm the quality of washwater from exhaust gas cleaning systems, and clearly demonstrate that they have negligible environmental impact on the ocean or port environments”

“What makes this announcement so surprising is that the scientific evidence is there, and it is clear that the positive net environmental benefit from ships operating open loop in Malaysian waters would play an important role in Malaysian maritime sustainability plans.”
Source: CSA 2020