Cyber Security Is A Technical Issue Not A Human One, Says Sela

Naval Dome CEO Itai Sela says that while it is true that the inadvertent downloading of a computer virus from the internet or a memory stick is a serious cyber security issue for shipping companies, the industry should be wary of attributing system breaches to human error.

In agreement with comments made yesterday in Dubai during a Cyber Risk and Data Theft seminar, that cyber security is still considered by shipping companies and terminal operators as an after-thought, Sela does not agree that better cyber awareness, crew training or the implementation of crew guidelines alone will have a lasting positive effect.

“When the cyber-criminal will always need the unwitting assistance of an unsuspecting crew member, technician or employee to activate or spread the virus, irrespective of the level of their cyber training or awareness, it is not enough to put it under the ‘human factor’ umbrella or apportion individual blame when a critical system has been breached.

“A cyber incident happens because systems are not protected, and hackers will continue to develop innovative ways and sophisticated solutions intended to take advantage of any weak spots in human nature. The implication, therefore, is that any cyber awareness training is a waste of time and money.”

The sophisticated methods hackers use is evident by the deployment of a new, previously unknown malware trojan called xHunt, which researchers at Palo Alto Networks’ Unit 42 say is being used to specifically target the shipping industry. It is alleged that xHunt and Hisoka – a backdoor used to facilitate trojan delivery – were successful in infiltrating the networks of two shipping companies operating out of Kuwait.

“The attackers have added some fun capabilities to Hisoka and its associated toolset. The attackers are aware of probable security measures in place at their targets and have attempted to develop ways to get in undetected,” Ryan Olson, Vice President of threat intelligence at Unit 42, told ZDNet.

Given that hackers will always find a way in, Sela believes attributing blame to individuals is pointless. It is also problematic because of the potential legal proceedings envisioned should a virus result in damage to the ship, its systems, personnel or the environment. 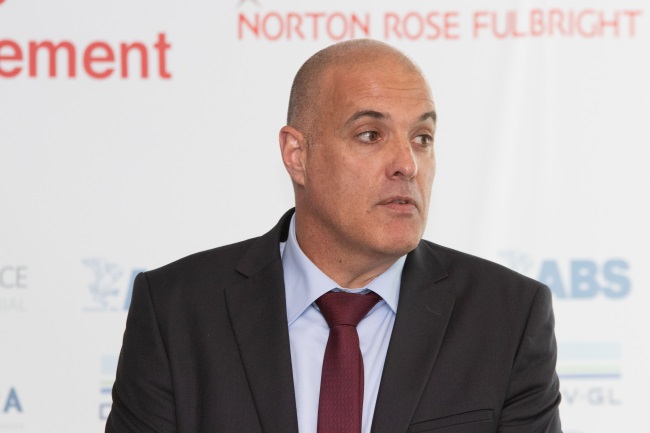 “If cyber-crime continues to be designated a human factor event, then the industry does not fully grasp the cyber problem,” says Sela

“It would be very easy to point the finger at an individual crew member, technician or employee for inadvertently spreading malware or other viruses, but this would not prevent further system breaches. What it will do is create unnecessary friction between employers and employees.”

“Prohibiting internet access is not the answer. This is now considered a basic human right and with many seafarers away from loved ones for months at a time, if they are unable to maintain regular contact with those at home, then not only could it adversely affect their well-being but deter others from a maritime career.”

Recalling incident where a Mobile Offshore Drilling Unit lost control of its Dynamic Positioning system while drilling in the Gulf of Mexico, Sela says the investigation found that various crew members introduced malware when they plugged in their smart phones, and other devices.

“Would this have been considered human error if the DP and associated OT systems were adequately protected and the hack thwarted? I doubt it. If cyber-crime continues to be designated a human factor event, then the industry does not fully grasp the cyber problem.”
Source: Naval Dome

2019-09-26
hellenicshippingnews.
Previous: Urals exports from Baltic ports up in Oct on restored Ust-Luga loadings
Next: Irving Oil offers low-sulphur fuels on both sides of the Atlantic