For a number of years now, the IMO Secretariat has submitted reports to the IMO Legal Committee on several cases related to the fraudulent use of a country’s flag, and/or to the fraudulent operation of a registry without the purported flag country’s permission or knowledge. The IMO Secretariat studies these cases with the assistance of IHS Markit/S&P Global, who manage the IMO numbering scheme for both ships and companies on behalf of IMO.

A presentation on the work of IHS Markit/S&P Global related to the fraudulent registration and fraudulent registries of ships (24 March) in the margins of the 109th session of the Legal Committee (21-25 March 2022) outlined the IMO module on Ship and Company Particulars of GISIS, which is available to the public. The module allows for the display of information on “false flag” ships. It is also possible to search for all the ships flying a “false flag”.

The database includes in excess of 200,000 active ships and 300,000 companies. Data exchange agreements are in place with numerous flag Administrations. Information, including continuous updating thereof, is also received from various other sources such as classification societies, recognized organizations (ROs), ship owners & ship managers, and PSC regimes/shipyards. This enables the data manager to continuously check and verify ships to make sure they are legitimately registered. In addition, there are separate, individual agreements with numerous flag Administrations, whereby a ship will not be shown under their flag unless it has been confirmed by the flag Administration. 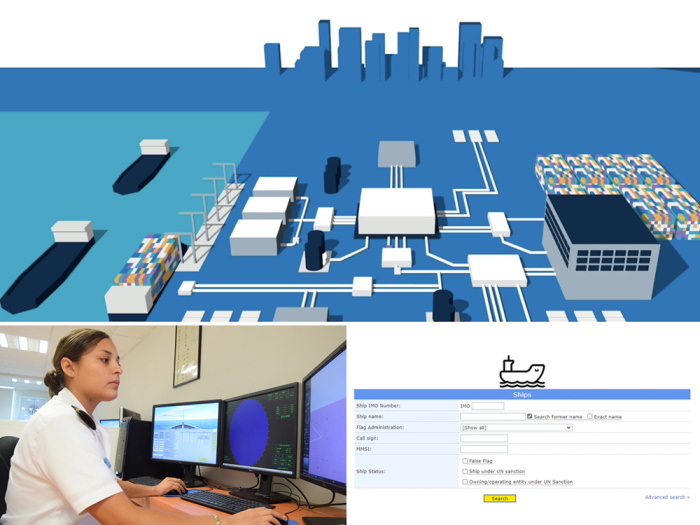 If advice is received that a ship has been de-registered from a flag’s registry the records are immediately amended. Unless there are confirmed details of the new flag registration the ship is recorded as UNKNOWN flag.

If a flag Administration advises that a ship continues to fly a flag or broadcast (via AIS) flag information after de-registration , then the ship is recorded as flying a FALSE flag.

“False flag” is used to designate any ship which transmits, broadcasts, displays, or otherwise engages in the misuse of flag details, was confirmed by the Authorized flag Administration falsely associated with the ship in question.

IMO encourages all Member States to supply regularly IHS Markit/S&P Global with accurate and up-to-date information on the ship under their flag. This information is then forwarded to IMO on a weekly basis to update GISIS.
Source: International Maritime Organization