Vestdavit’s trustworthy docking-head davit technology is gaining traction in the offshore wind market with the award of an initial contract on a construction service operation vessel (CSOV) being built for Rem Offshore at Norwegian shipbuilding group VARD.

The coveted order for a PAP-15000 davit with painter boom has been secured with contractor Mare Safety for the first of two firm newbuild CSOVs that is due to be delivered in the first half of 2023 from Vard Søviknes.

The advanced CSOV based on the Vard 4 19 design, with a length of 85 metres and beam of 19.5 metres, will carry out service and maintenance operations at offshore wind farms worldwide that are dependent on safe deployment of workboats carrying crew and equipment in variable sea states.

“The newbuild project for Rem Offshore is significant as it shows this solution is also highly relevant for the offshore wind industry because it is capable of heavy-duty handling of large daughter craft with reliable operation in variable sea states.”

The PAP-15000 has an anti-pendulation system with a fully integrated docking head that is compensated for movement in three dimensions, providing unwavering stability with in and out swings.

Safety and reliability are especially vital elements in offshore wind operations as CSOVs need to operate within a wide weather window to minimise operational downtime, while being able to safely deploy personnel and equipment on workboats in potentially rough sea conditions. 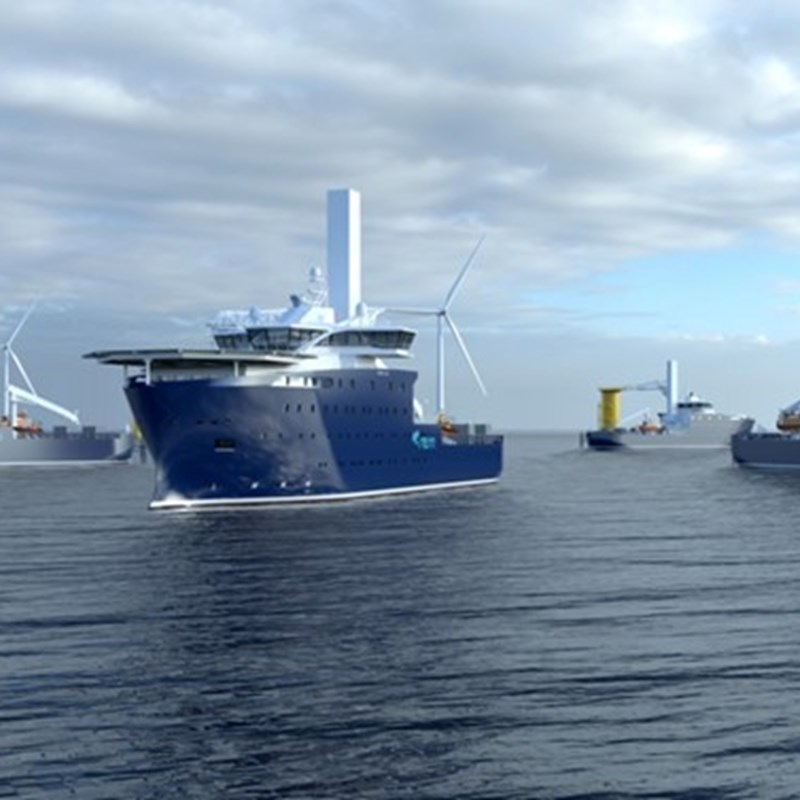 Vestdavit will deliver its PAP-15000 davit for the first in a series of newbuild CSOVs being built by Vard for Rem Offshore. Image: VARD

CSOV demand
Dahle explains the docking head is an anti-pendulation device installed on a davit to counter swing loads of a boat during launch and recovery, thereby preventing sudden movements in rough seas that could injure the crew or damage equipment, as well as the ship’s structure.
“This is a major advantage as it provides highly responsive handling of large workboats that are needed to provide a safe and stable platform for technical personnel engaged in wind operations in sometimes difficult conditions,” he says.
Vestdavit, which has also developed the PLD davit series that is tailored for the offshore wind market, is confident of winning further orders for its docking-head davits in this sector due to increasing demand for CSOVs to facilitate a forecast boom in wind farm development over the coming years, according to Dahle.

There are now 48 offshore wind farms under construction worldwide that will add another 17 gigawatts (GW) to current generation capacity of 48.2 GW after a record 15.7 GW was added from 53 new projects that started operation last year, according to the World Forum Offshore Wind.

This is being propelled by planned wind farm investments off European nations like the UK, Spain, Norway, Denmark and Poland, as well as other countries including the US, China, Japan and South Korea.

Consequently, the number of SOVs in operation on offshore wind farms worldwide is expected to increase more than threefold to nearly 100 by 2030, up from 32 presently, according to a recent report issued by WindEurope and the Polish Wind Energy Association.

“We see great potential for additional davit deliveries in the offshore wind market as we have competitive and well-proven systems that are capable of meeting challenging operational requirements,” Dahle says.
Source: VESTDAVIT Production