As Azipod® propulsion enters its fourth decade of production, the latest episode of the ABB DECODED podcast explores the technology that is revolutionizing the maritime industry beneath the waves, with engineers Jukka Varis and Ole-Jacob Irgens.

ABB’s Azipod® propulsion system has brought huge advances to the maritime industry, thanks to its efficiency gains, sustainability benefits and the increased maneuverability it offers any ship to which it’s fitted.

Jukka Varis – responsible for this technology globally, who has worked with the system from the very beginning – and Ole-Jacob Irgens – an engineer by training, who now leads the sales and marketing initiative for ABB’s Azipod® system – share their experiences and knowledge.

What is the Azipod® propulsion system and how does it work?

Azipod® propulsion is a gearless steerable propulsion system where the electric drive motor is housed within a pod outside the ship hull. Originally developed for icebreaking vessels, the Azipod® system can be adapted to suit almost any kind of ship. Today, over 25 different vessel types rely on Azipod® technology – from cruise ships to cargo carriers, icebreakers, ferries and superyachts.

Jukka explains: “Azipod® system looks similar to an outboard motor but is much bigger – the large unit weighs as much as a fully loaded Jumbo Jet. It can turn 360 degrees around its axis, creating thrust in any direction and resulting in much better maneuverability of the vessel.” 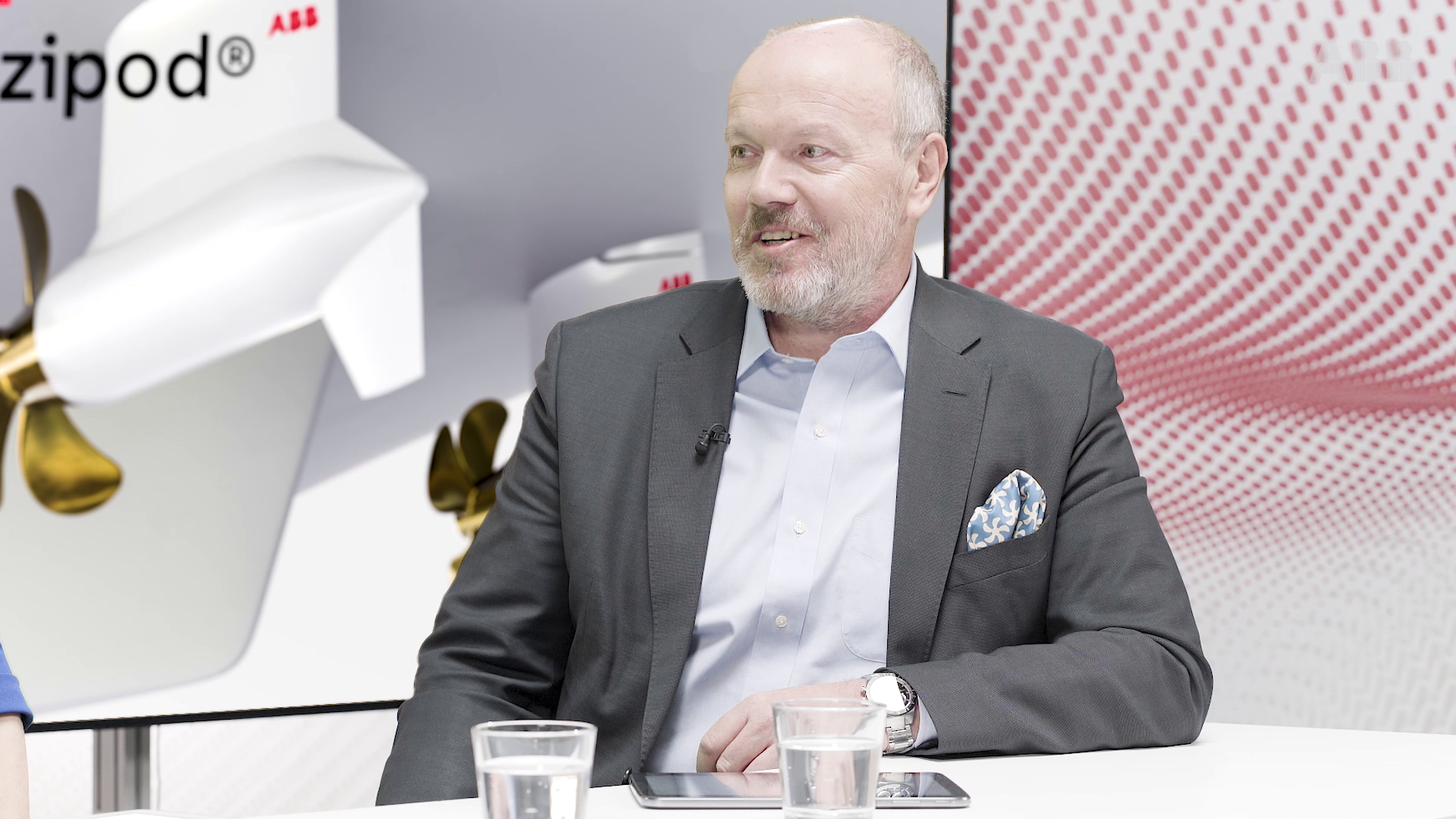 The true efficiency benefits of Azipod® propulsion have become more and more apparent over the past three decades, bringing higher performance, reliability and sustainability for vessels.
Azipod® system cuts fuel consumption by up to 20 percent compared to conventional shaftline propulsion. Ole-Jacob adds: “Since the first installation on a cruise ship 25 years ago, we have estimated that the industry has saved more than 1,000,000 tons of fuels from these cruise ships alone.”

Azipod® propulsion has also opened opportunities for new shipping lanes that weren’t feasible before, such as the Northern Sea Route, cutting fuel consumption while negating the need for separate icebreaker assistance.

Ole-Jacob explains: “Vessels can have a shorter route between Europe and Asia, saving many days in transport. To do that, you need vessels which can go through ice, something the unique features of Azipod® enable.”

The success and future of Azipod® propulsion

With the varied benefits and many applications possible for Azipod® propulsion, the team is currently working on some interesting concepts.

Ole-Jacob says: “One concept is to use Azipod® on floating power plants, which require thrusters to put them in position, keep them there and then be able to move again as required. Another interesting prospect is in the fish farming industry. Traditionally, fish farms have been quite fixed but with these installations becoming bigger and bigger, they need to be more flexible and move around. There are definitely lots of groundbreaking applications coming in the future.”
Source: ABB