Ship owners have kept their buying interest for dry bulk carriers over the course of the past week. In its latest weekly report, shipbroker Allied Shipbroking said that “on the dry bulk side, the good momentum was sustained for yet another week, given a robust flow of fresh transactions taking place. At this point, we see a relatively “healthy” presence across the main size segments of different age groups and specs, with the Capesize though, somehow lagging slightly behind. Given the strong trajectory from the side of earnings, as well as, the general bullish sentiment since the early part of the year, we can expect buying appetite to remain firm throughout the 2nd half of the year. Notwithstanding this, a fair amount will depend on how asset price levels respond to a further push in activity. 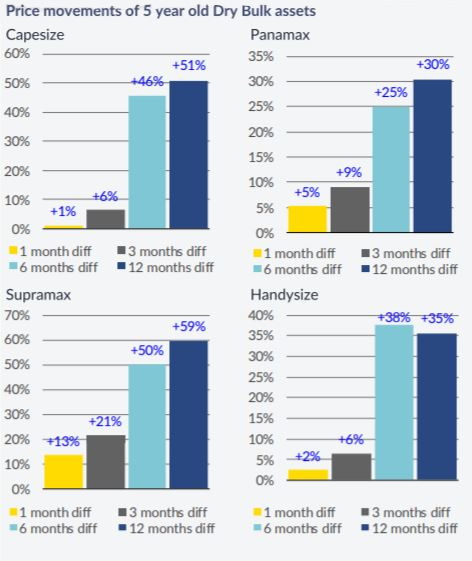 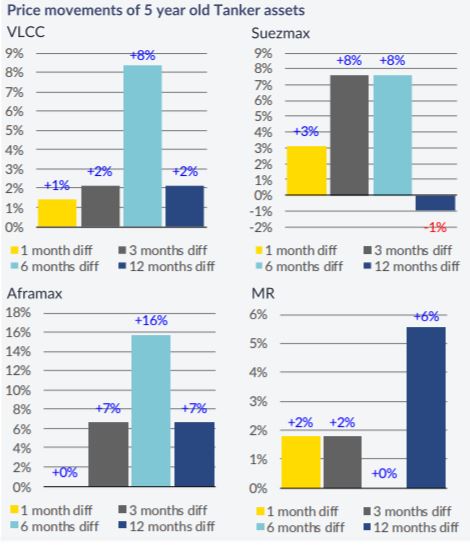 On the tanker side, overall volume remained at mediocre levels, given the small number of units changing hands during the past few days. On the other hand, we witnessed some sort of spark in the VLCC market, given the recent deals being concluded now. All-in-all, the market lacks consistency at this point.

In a separate note, shipbroker Banchero Costa said that “the strong dry bulk market was reflected in a plethora of sales in every size and it is noticeable an uptick in the prices on a w-o-w basis. Most favourite tonnage are Kamsarmax, Panamax and Supramax with buyers paying a significant premium to vessels able to give promptest delivery. A 20 years old Panamax Aquaman, 75,200 dwt built 2001 by Hyundai Samho, with SS/DD freshly passed was sold for $11 mln to Far Eastern buyers. 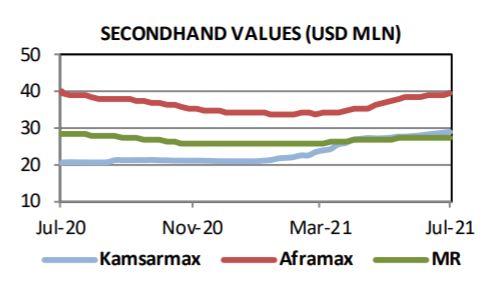 An exact sister with BWTS installed was sold in January for $5.75 mln, the difference is certainly driven by both the very firm charter market and the healthy demolition market. 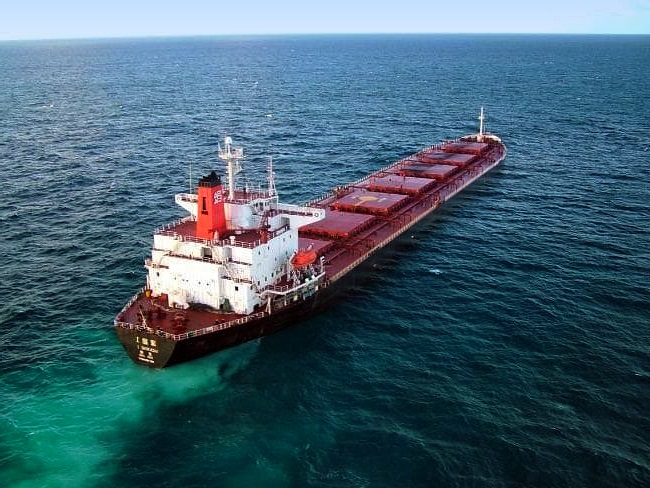 The tanker market did not record much changes compared to the previous week with a few deals taking place in the VLCC and MR segments. Two modern VLCC, Nissos Antiparos and Nissos Santorini, 319,000 dwt built 2019 by Hyundai Heavy (Scrubber-Fitted) were sold at $90 mln each by Frontline. The same Owners offloaded also 2 x VLCC resales with deliveries 1Q and 2Q 2022 (Scrubber-Fitted) for $97 mln each to Okeanis. Chinese buyers are behind the sale of Maran Triton, 319,000 dwt built 2003 Hyundai Samho at price around $29 mln. For MR2, an unknown Greek company bought 2 x 50,000 dwt ex Jiangsu resales scrubber-fitted for delivery 2021 at $32.8 mln. Other deals were done for Lara, 50,600 dwt built 2007 by SPP (IMO III) which was sold for $10.8 mln to clients of IMS and a Japanese pumproom type New Breeze, 48,000 dwt built 2010 Iwagi which was sold for $15.5 mln”, Banchero Costa concluded. 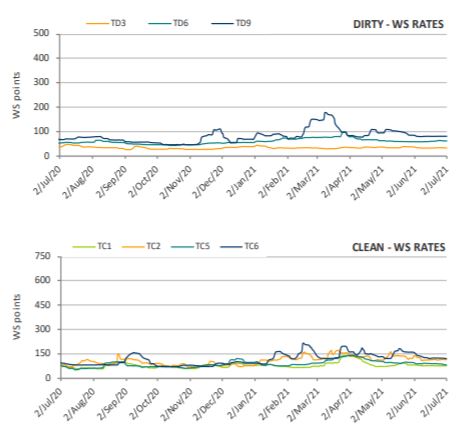 In a separate note, Intermodal said this week that “dry bulk and Container units continued to monopolize owners’ interest last week. On the dry bulk sector, geared sizes have attracted most of the interest while there was an increase of crude carriers deals albeit in low numbers for another week. In the tanker sector, we had the sale of the “PHOENIX M” (307,151dwt-blt ‘99, S. Korea), which was sold to Thai owner, Nathalin Shipping, for an undisclosed price. On the dry bulker side sector, we had the sale of the “DOUBLE PROVIDENCE” (95,720dwt-blt ‘12, Japan), which was sold to Greek buyers, for a price in the region of $21.3m”, said the shipbroker.
Nikos Roussanoglou, Hellenic Shipping News Worldwide