Demolition activity has picked up pace as the year draws to an end. In its latest weekly report, shipbroker Clarkson Platou Hellas said that “the stability witnessed in the market this week has provided a much-needed backbone for Cash Buyers and brokers to work off. These levels are seemingly in tandem with the recyclers themselves who also feel bullish going into the Christmas and New Year period and remain confident that these levels are here to stay for the foreseeable future. With these firm rates being vocalised, Owners have been encouraged to explore this avenue as we are certainly seeing more larger dry units (Capes and VLOC’s) being proposed providing the market with some satisfying activity. We are also seeing Turkey continuing with its positive sentiment with price levels now hovering around $230/per ldt for HKC recycling, rising off the back of the global steel markets which remain firm, thus continuing to help prop the market locally with the Turkish lira weakening 3.5% over the last 7 days. Despite this, the Aliaga recyclers remain eager for tonnage as we approach the end of the year with the main focus being tonnage that legally required recycling at the EU approved yards – Turkey remains the only commercially viable option for owners at this present time in this respect”.

Similarly, Allied added that “It was another active week in the demolition market, with increased appetite being noted from the side of breakers, given the improved offers being seen in the market. However, as the freight markets start to improve and outlook for key segments start to turn positive, it is likely that even these price levels will be lacking in their attractiveness from the side of owners. In Bangladesh, we recently witnessing a revival in demand, as prices have climbed again to competitive levels, but this may not last, as local steel prices have currently shifted onto a negative path. In India, the improved fundamentals have helped turn around the market, though with HKC recycling deals still being in the center of attention. We expect action to remain relatively robust until the end of the year, as local players have been one of the more stable players in the year so far. 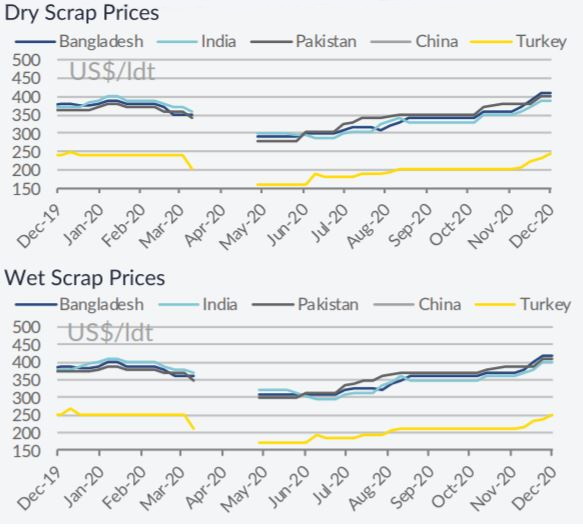 Finally, activity in Pakistan has started to slow-down as of late, with most of the local breakers having seemingly filled their slots. However, given that the country remains competitive on the pricing front, we should expect interest to remain vivid and some further transactions to be seen before the end of the year”, the shipbroker said. 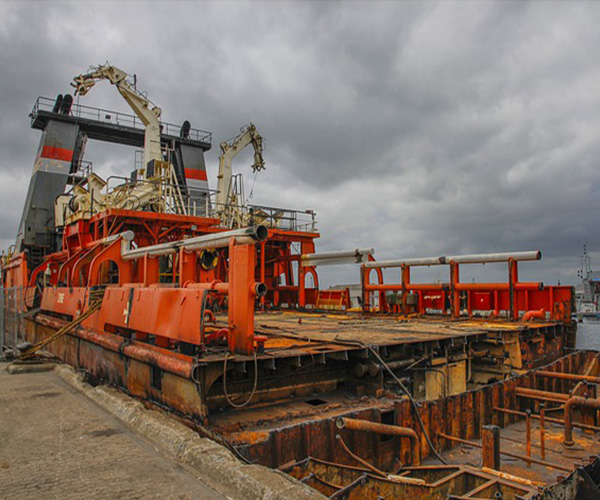 Meanwhile, in a separate report this week, GMS , the world’s leading cash buyer of ships, said that “this week, as steel plate prices temporarily reversed in a previously rampant Bangladesh, the decline finally put the brakes on what was a surging market. As a result, local expectations have been somewhat tempered there as the week ended. Perhaps, it has finally turned into a case of too much too soon, as prices increased by about USD 25 – USD 30/LDT over the course of only a few weeks. As such, many End Buyers in Chittagong now seem to be content to wait-and-watch the market, rather than diving in at what may likely have been above market numbers from the previous few high-priced sales. On the other side, levels from India and Pakistan remain firm, yet, positioned just behind Bangladesh and there certainly seem to be vessels available for all markets – from HKC green to non-green units alike, as another busy year in the recycling markets reaches its crescendo. Finally, Turkey continues to be the impressive silent performer, with firming steel plate & import scrap prices that have both resulted in ship prices making a noteworthy jump this week, even though the TRY has weakened marginally.

Meanwhile, on the supply side, there have been a number of VLOCs sold at increasingly impressive prices of late, taking the total number committed so far this year to 28, in what has been one of the busiest sectors for recycling. Additionally, as charter rates slip to just around OPEX levels once again, we are seeing a number of Capesize Bulkers starting to return to the market for a recycling sale – some even built in the early 2000s. Therefore, it would be unsurprising to see additional large LDT vessels sold for recycling towards the end of the year, with tankers also firmly on the list of potentials, given the falling charter rates in that sector as well”, GMS concluded.
Nikos Roussanoglou, Hellenic Shipping News Worldwide

More Newbuilding Orders Could be on the Way