Ships’ recycling activity has started to retreat to normal levels after the initial rush by ship owners, as the market gradually reopened, following weeks of hiatus.In its latest weekly report, shipbroker Clarkson Platou Hellas said that “after last week’s flurry of activity, it feels like the market is slowly getting back on its feet with sales being concluded into this week, albeit not on the same scale as last week, but providing some continued optimism. Price levels have remained stable and we are starting to see a level market emerge as some cash buyers are offering with more confidence on new available tonnage knowing that they are being supported with those levels from the waterfront. This has been outlined in recent weeks with the large volume of Capesize/VLOC units that have been sold to recyclers which have dominated the market”.

The shipbroker added that “now all eyes are on how these deliveries materialise and the schedules of the foreign crew on disembarkation. Whilst there remains a rarity of tanker units this year due to the strong freight rates continuing to be experienced, the struggling rates in the container sector are ensuring that this type of vessel will keep the market busy with their supply and should, as always, obtain attractive prices at the top of the market. Despite the easing of restrictions domestically to aid delivery procedures, the lockdown measures remain imposed by the Governments across the Indian Sub-continent with Covid-19 cases, sadly, still rising across the region. Therefore, and as aforementioned, Owners that have been busy disposing of tonnage over the past couple of weeks will now be digesting their deliveries with the hope that they run smoothly on arrival and, ‘postdelivery’ how the situation develops as international flights from these destinations remain non-existent. The general feeling is that international flights will resume in the next week or two, however until such time, local hotels are the only place for foreign crew to be directed too after disembarking. Two budgets were suddenly announced this week, in Bangladesh yesterday and Pakistan today. We are currently still awaiting the outcome of these and if they will have any effect on the recycling industry. The initial reaction is ‘no change’, however most likely the outcome will officially be known this coming weekend. We would hope that whatever is announced will attempt to aid a recovery in these countries following the continuing pandemic”, Clarkson Platou Hellas said. 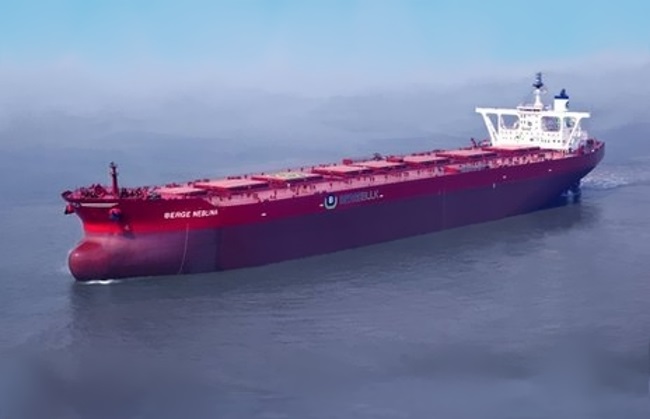 In a separate note this week, Allied Shipbroking added that “it seems that activity has started to recover in the Indian SubContinent as of late, after the decision by countries to accept vessels for demolition under the condition of crew remaining at hotels until their outbound flight. The improved activity is witnessed despite that prices have not significantly improved from the low of around US$300/ldt. Most units that were recycled this past week were containerships, a trend that is expected to continue. In Bangladesh, the annual budget was announced from the local government last week, retaining all the fundamentals for the demolition industry unchanged, a fact that can be considered as positive news. Meanwhile, the end of the Eid/Ramadan holidays and the gradual recovery from COVID19 is expected to increase appetite amongst breakers in the coming weeks. In India, little has changed this past week, with fresh enquiries though starting to diminish. Finally, this past week was a positive week for Pakistani breakers, as the annual budget was announced from the local government and from an initial reading it seems that it includes a drop to 5% on customs duties for steel products. Income taxes are also decreased and custom duties on imports of ships are eliminated. All these measures are expected to fuel further interest amongst breakers there, while likely pushing for a return of the market back to the foreground after a prolong period of low activity”, Allied concluded.

Meanwhile, GMS, the world’s largest cash buyer of ships said this week that “as India starts to recede, perhaps fearful of an influx of tonnage, competing markets in Pakistan and Bangladesh are starting to improve once again. Indeed, with favorable budget announcements in both Pakistan and Bangladesh this week, it may perhaps be some time before India starts to compete on non-HKC green tonnage once again. As such, even though several larger VLOCs and Capes have been committed to Gadani and Chattogram Buyers in and around the high USD 290s – USD 300/LDT levels – despite Cape freight rates shooting up by nearly 20% this week – we do anticipate a slowdown in supply from this particular sector in the near future.

Plenty of containers – both in the smaller and larger categories – continue to be proposed for sale, and there are several Panamax sized units still unsold in Cash Buyer hands being offered into India (as the vessel of choice there) and these are now competing for a dwindling number of increasingly disinterested, lowballing local Recyclers. With greater clarity on foreign crews being allowed to disembark (and staying in hotels until international flights resume), several beachings have reportedly taken place in all locations over this first tide of June, and this has delivered more confidence to Cash Buyers and Ship Owners alike, that a degree of normality is perhaps set to resume”, GMS concluded.
Nikos Roussanoglou, Hellenic Shipping News Worldwide

Previous: French economy to slump 17% in second quarter despite May rebound – INSEE
Next: Tanker Market Rates 18/06/2020