As freight rates, particularly in the dry bulk market, ships’ recycling activity has taken a hit. In periods of a strong market environment, demolition activity tends to suffer and this has occurred once more. In its latest weekly report, shipbroker Clarkson Platou Hellas commented that “it has been another slow week for the market as freight rates across the Dry and Wet sectors continue to flourish and help Owners reclaim any loss made during the early part of the Covid-19 Pandemic. We are however still seeing a steady supply of container units that are attracting firm numbers from the recyclers – evidencing this is the sale of the ‘EM Oinousses’ (reported below) that achieved a mouth-watering USD 344/ldt basis delivery Pakistan. The preferred size of the vessel helped to obtain such a hefty price as most container units recently concluded have been of the higher LDT tonnage which attract lesser interest from the waterfront. Whilst rates now start to drift away in India, the opposite can be said from Pakistan. A gust of interest and inquiry is now evident from Pakistan with reports of strong numbers (in relation to recent months and even years) on offer from the local recyclers. The general feeling is that we may now push towards the 320’s plus for larger cape units and slightly lower for VLOC tonnage. Whether any such units can be prised away from the current firm trading routes remains to be seen, but clearly Pakistan has re-emerged as a serious buying contender following their standing on the side lines over the last couple of years”, the shipbroker said.

According to Clarkson Platou Hellas, “a positive factor about Pakistan over their counterparts from India and Bangladesh is that there are no scheduled beaching tides to aim for, cheaper inward port D/A’s and no inward custom clearance formalities prior to tendering the NoR. With Pakistan now back in the equation, this brings a timely welcome boost to the industry to finally have one of the major ship recycling destinations return to the fold and provide the market with three strong and viable recycling options in the Indian sub-continent. One situation we have to keep a close eye on is the daily rise in Covid-19 cases in the Indian sub-continent with rumours that the Governments in this area may have to re-impose some of its earlier restrictions if the infection rate continues to increase at its current rate. Looking towards Europe, the supply of tonnage that require recycling at an EU approved recycling yard continues to gather pace, but this has its owns problems as the yard capacity in Europe is rapidly diminishing with so many units in the market and not enough viable locations for these units to go to. Whilst there are over 40 approved facilities in the EU ‘white list’, many of these approved yards remain unsuitable for the larger units that are being circulated for sale due to size/dimension restrictions which, at present, is placing more pressure on the Turkish recyclers. It is hoped that any facilities currently waiting for the ‘rubber stamp approval’ are given this soon to help ease the pressure and expand the EU market further”, the shipbroker concluded. 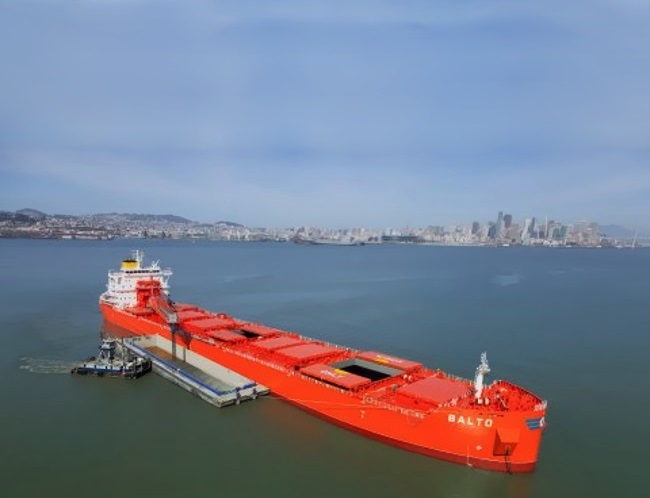 Meanwhile, in a separate note this week, GMS, the world’s leading cash buyer of ships said that “subcontinent markets finally started to display some encouraging signs this week, as positive movements on prices were reported across the board. As is generally the case, this has quickly coincided with some increasingly speculative Cash Buyer offerings / purchases reportedly taking place as Buyers look to book deals at today’s levels with the prospects of a higher forward market over the coming week(s) / month(s), going into the traditionally higher fourth quarter of the year. In truth, as prices slumped below the USD 300/LDT mark (almost USD 150/LDT from the peaks seen earlier this year), many in the industry were feeling that this was an overly dramatic correction in response to the collapsing global sentiments due to the restrictions set in place to tackle the global Coronavirus outbreak. Of course, currencies and steel plate prices saw some alarming depreciations with virtually all shipping markets seemingly paralyzed in the wake of the pandemic, but the expectation was that this would always be a temporary / short correction as global markets and economies would be back to routine business post lockdown re-opening. Yet, Covid-19 cases continue to rise across the subcontinent (especially in India) and certain provinces may have to go under a repeat lockdown, in order to try and once again curb the spread, even though industries are expected to remain open, so desperate were the effects of the initial quarantine closure period. Lastly, Turkey recorded yet another minor decline this week as local steel prices further tumbled, though the Lira remained steady keeping ship prices relatively stable”, GMS concluded.
Nikos Roussanoglou, Hellenic Shipping News Worldwide