Ships’ recycling market has returned to higher ground, with demand for tonnage in healthy levels. In its latest weekly report, shipbroker Allied Shipbroking said that “the ship recycling market seems to be holding its positive tone as of late, given the fair tonnage amount being concluded, as well as, the steady/upward path in scrap price levels. For the Indian SubContinent, Pakistan has held its lead in offered price levels, inline somehow with the current rise in buying appetite being noted. However, it remains to be seen, whether this good momentum can be sustained if the tonnage capacity available for demo starting to drop, or inventory starts to pile up. Things in Bangladesh, on the other hand, seem rather stagnant, since the start of the price control put in place. With the exception of a few small LDT units, the market is struggling to secure its share of market tonnage. In India, there is some sort of hesitation to push demo prices higher, with the market there losing considerable ground on non-green recycling deals. Moreover, given the escalation of Covi-19 new cases, the uncertainty hasn’t help in keeping things on a more stable track”, the shipbroker concluded.

In a separate report, Clarkson Platou Hellas said that “as you can see from the sales collated below, the emphasis has centred around Pakistan this week on the back of price improvements, which may be the catalyst for the Bangladeshi cartel to take note, watch and learn, as they appear to be losing ground to their counterparts elsewhere on the back of their weaker rate limitations currently set by the cartel. Unless there is a sudden change in their ideas, the Bangladeshi recyclers could well be set for a lengthy spell on the side lines and it would be interesting to see whether extra pressure is placed on the cartel formation. As the lack of tonnage availability continues to bite, price levels in both Pakistan and India have increased this week, edging ever closer to the USD 400/ldt level. All signs suggest that if the supply of tonnage remains scarce, we may well see this ‘magical’ figure being passed in the upcoming weeks”. 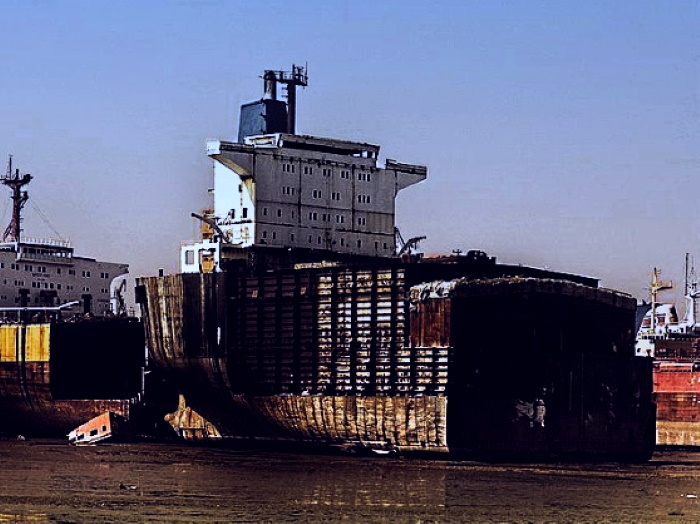 In a separate report this week, GMS  , the world’s leading cash buyer of ships, said that As we approach the final months of the year, the Indian sub-continent recycling destinations have settledinto a steady (but positive) pattern in the mid-to-high USD 300s/LDT, with some speculative positions still being taken by various players once vessels start working firm, primarily due to a distinct lack of available tonnage at present. Leading the way, as has been the case for much of this year, is a bullish Pakistani market, which has been back in the game after nearly two years out of the industry, due to a currency crisis and a couple of incidents on tankers that eventually lead to an enforced market closure. Bangladesh has been hamstrung by the formation of yet another cartel that is attempting to control prices and this has seen Pakistan retain their status as the number one sub-continent destination, as a majority of non-green market vessels continue to head to Gadani shores. In other interesting news, Chinese scrap steel prices continue to firm and they are now paying USD 360 – USD 380/LT LDT for scrap steel, translating to the price of a Chinese flagged Panamax bulker at region USD 350/LT LDT, with one domestic FPSO being reportedly sold to Chinese Recyclers at about USD 375/LT LDT this week. Finally, at the other end, the Turkish market continues its steady streak, with steel plate prices marginally higher, the Lira steady, and local demand for non-EUSRR vessels still prevalent. Meanwhile, Covid continues to wreak havoc across the globe, as second waves spiral out of control in Europe & other countries, and no other country (apart from the USA) has been harder hit than India, which continues to register phenomenally high cases approaching 100,000 per day once again. With the U.S. presidential elections now on the horizon next month and countries still grappling with the economic effects of renewed lockdowns once again, it will certainly be an interesting and (undoubtedly) volatile end to an unprecedented year.

Previous: 500 days since last VLCC demolition sale
Next: China: An unpopular winner in the year of the coronavirus