Demolition Market Picks Up at Last

Even if it’s been long overdue, finally the ships’ demolition market picked up over the course of the past couple of weeks. In its latest weekly report, GMS, the world’s leading cash buyer said that “the final month of the year has provided some much needed respite and emerging positivity to an industry that has witnessed its fair share of crises and declines this year. Over USD 100/LDT has been lost on vessel prices at the lowest points seen this year and thankfully, December has finally seen some optimism surface on levels once again – as both supply and demand ramp up ahead of the pivotal low Sulphur regulations that are set to be introduced from January 2020. As it stands, after some damaging losses experienced over the last few months, local steel plate prices in India, Pakistan and Bangladesh (and even Turkey of late) have been inching up, in addition to the currencies (in India, Pakistan and Turkey) that have started to stabilize, after some rather turbulent moments experienced through the year. Indeed, it will be interesting to see if Pakistan gets back into the buying after well over a year on the sidelines, as nearly all domestic recycling yards are still deprived of any meaningful tonnage. Perhaps as a result of which, demand seems to finally be emerging, as local offerings are now becoming competitive with both India and Bangladesh”, GMS noted.

The company added that “at the far end, Turkish fundamentals and vessel pricing have remained unchanged for a few weeks now, with little to report in terms of material change for a market that’s been struggling through a famishing shortage of tonnage that has exasperated Aliaga Recyclers. Overall, in the subcontinent markets, there remain very few Buyers open to take in the largest vessels on offer, given that banks across the subcontinent have become far more restrictive on the size and US$ amounts they are willing to sanction on new LCs. On a side note, this week, it has been disappointing to note the arrival of a high-profile Panamax container that was sold for strictly HKC green recycling, has now been delivered to a non-HKC green yard in Bangladesh – once again proving that Ship Owners should be wary about who they commit their ‘as is’ green tonnage to and that going with the most experienced / trustworthy players to ensure compliance is far more paramount than aiming for the last few Dollars on the table”, it said. 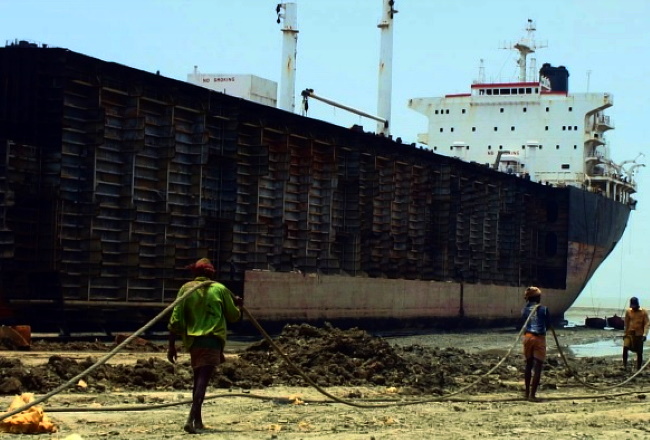 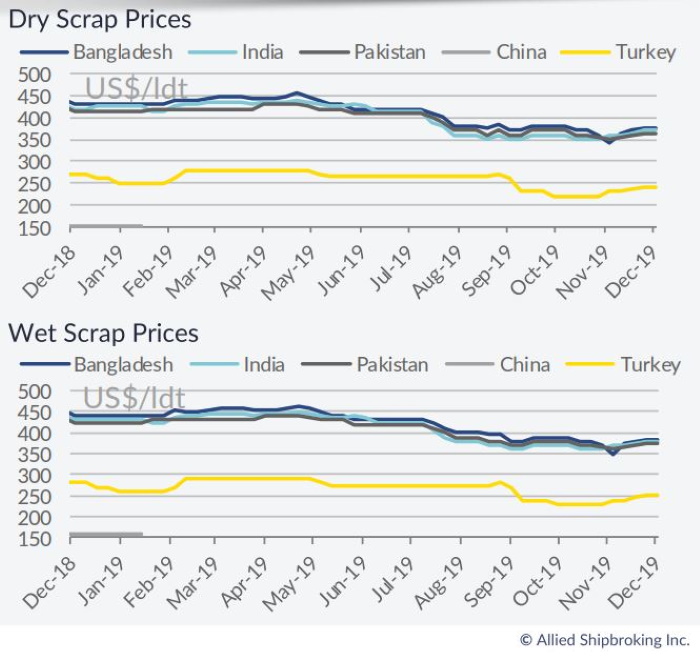 In a separate note, shipbroker Allied added that “the number of demolition transaction may not be impressive as yet, but interest has started to revive in the market during the last few weeks, after a fair improvement being noted in the offered prices of late. As we approach the end of the year, we may see a slow-down in deals, but further escalation is anticipated from January onwards. In Bangladesh, things have started to look reminiscent to what we were seeing in the early part of 2019, when domestic players were covering their slots at a fairly fast pace. The country has held top spot this year, with this trend being expected to continue for the final weeks of the year. At the same time, market fundamentals in India have started to gradually improve, with both the Indian Rupee and local steel price posting gains this past week. Given the volatility being seen in this specific market, it is questionable how much tonnage can local breakers attract in the following weeks. Finally, some signs of revival have started to take shape in Pakistan, with fresh enquiries from cash-buyers being noted, while there has also been a gradual improvement in fundamentals here too. However, we are far from stating to see local breakers there show a buying appetite that would be akin to a strong rebound taking shape”, Allied concluded. 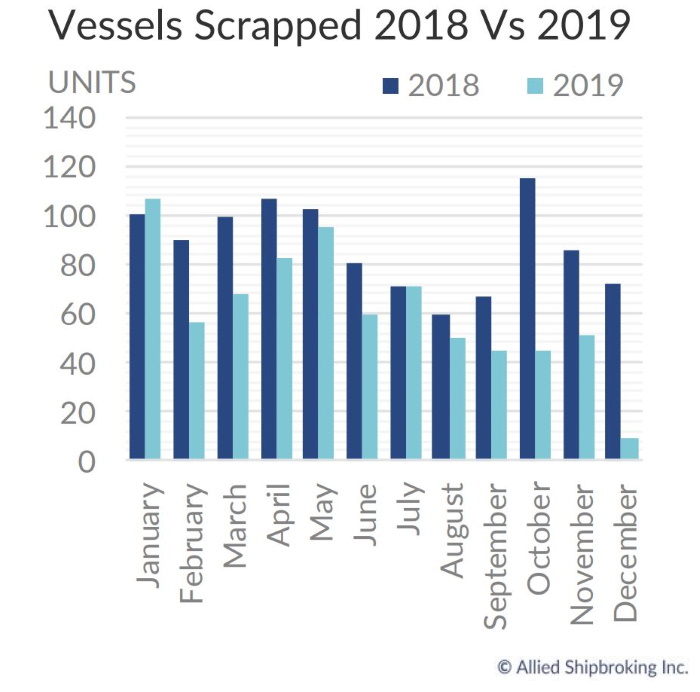 The Good, the Bad and the Ugly: Unmanned Ships