The ship recycling market has been on a positive ride over the course of the past week. In its latest weekly report, shipbroker Clarkson Platou Hellas said that “it has been a week of little change with limited sales and a sense of a pre-holiday lull starting to appear. Pakistan remains the hottest market at present with a strong appetite to acquire tonnage which looks set to continue through the summer months as leading financial analysts this week predicted that the Pakistani Rupee will maintain at Rupee 163 against the U.S. Dollar for the remainder of 2020, providing strong fundamentals and sentiment amongst the local recycling community in Pakistan. This is welcome news in the Indian sub-Continent as Bangladesh remains in a low-key environment and out of the buying picture at present as yards are further impacted by the struggling domestic banking regulations caused by the Pandemic and heavy rains currently being experienced. Indian price levels continue to fall behind their counterparts in Pakistan and Bangladesh and unless a vessel is to be recycled under HKC guidelines, the Indian recyclers will lose tonnage that becomes available. Sentiment from India is disjointed at present and not as free flowing as Pakistan, but the local yards in Alang are certainly now benefitting from their upgraded yards that are compliant with the Hong Kong Convention as there are certainly more Owners looking to dispose of their tonnage under these circumstances”, Clarkson Platou Hellas said. 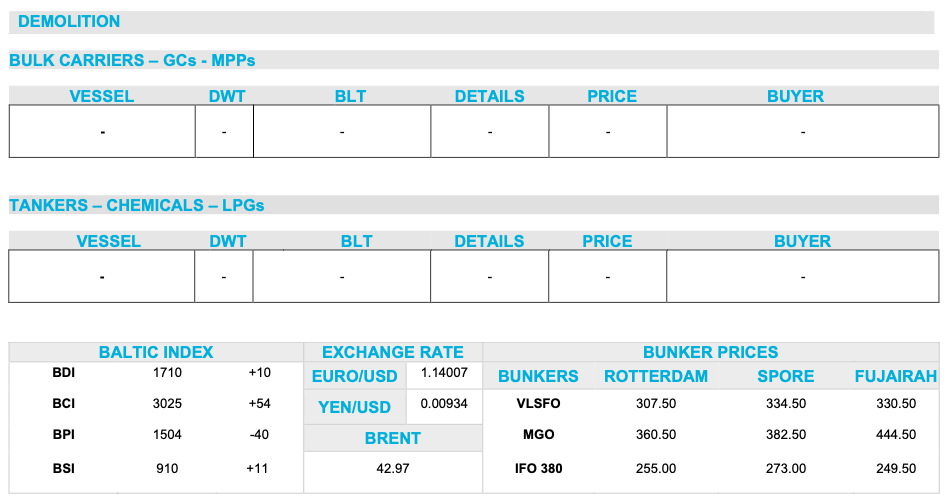 In a separate note, Allied Shipbroking added that “the ramp up in activity noted in the ship recycling market seems to have resumed firmly for now, as breakers’ appetite remains robust and a fair number of demolition candidates circulating the market. The continued improving pricing levels are facilitating in the activity recovery, with current prices closing the gap against the pre-crisis levels. However, the upcoming Eid holidays are expected to put a pause on the rising momentum, though this is likely to be temporary. One of the countries that is expected to be affected by Eid holidays is Bangladesh, during a period were local breakers seem to have lost their competitiveness. Despite the lack of fresh interest, scrapyards are already filled for now and thus are not very keen to push price levels up for now. In India, things are much more positive, as fundamentals continue improving, with both the Indian Rupee and steel plate prices on the rise. However, concerns regarding the increasing COVID-19 cases in the country has increased fears that a second lockdown may be just around the corner. Finally, the rebirth of the Pakistani market continues to resume, as more and more enquiries are witnessed from local breakers. The improved market fundamentals and the increased prices have played a key role in this recent trend”. 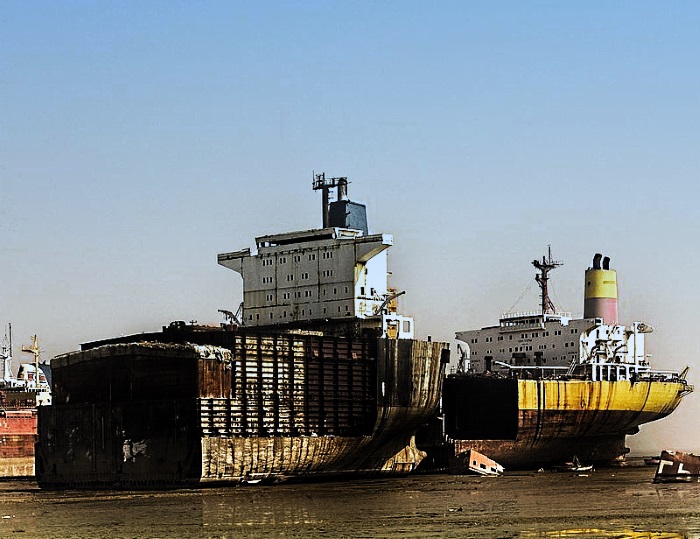 Meanwhile, GMS, the world’s leading cash buyer said that “all subcontinent markets continue to display signs of positivity this week, as deals of previously concluded units already in Cash Buyer hands were reportedly done at some clearly improving levels into all locations.

Having taken a number of bulkers and containers into the USD 340s/LDT and as has been the case in recent weeks, Pakistan continues to be the strongest subcontinent location on show whilst India has been the main buyer of any PCTC and container units intended for HKC green recycling. Finally, Bangladesh remains the best of the rest for any geographically positioned units in the Far East, particularly on the largest of vessels on offer (including VLOCs). Eid holidays are coming up in Pakistan, Bangladesh and Turkey at the end of July and this could put a dampener on proceedings for a few weeks. However, sentiments are expected to remain firm going into the fourth quarter of the year, such are the depths of the falls experienced during the ongoing pandemic. Prices have plummeted by over USD 100/LDT in all locations – from the low USD 400s/LDT to the high 200s/LDT (in most cases) and many End Buyers have seen this as an opportunity to dip into the buying at some bargain basement levels because fundamentals (particularly steel prices and the currency) have not depreciated quite as dramatically during this time. Coronavirus cases, particularly in India where infected numbers have topped one million, remain of concern and cities (on a case-by-case basis) will have to go back into lockdown as attempts to curb the spread of the virus continue largely in vain across the globe”, GMS concluded.
Nikos Roussanoglou, Hellenic Shipping News Worldwide