DFDS has thrown its weight behind a new national award as part of its commitment to promoting STEM (Science, Technology, Engineering and Maths) subjects to young people and others to study.

The leading ferry operator is sponsoring the STEM Award at the Maritime UK Awards, which take place for the first time in September.

The move forms part of the company’s campaign to encourage more young people into STEM subjects and help build a future-proofed workforce for the marine industry.

Gemma Griffin, Vice President, HR& Crewing at DFDS said: “DFDS are delighted to be sponsoring the STEM award at the inaugural Maritime UK Awards this year. Science, Technology, Engineering and Maths have always been important subjects to focus on for Maritime Careers. And with the ever-increasing technological advances in the Maritime industry they will only become more critical in the future.

“DFDS are working with local schools in the Dover and surrounding areas through career fairs and awareness programs: Our aim is to ensure that a future workforce realise there is a number of exciting and rewarding careers in the Merchant Navy and, as such, subject choice at an early stage is an important consideration. We are proud to be involved!” 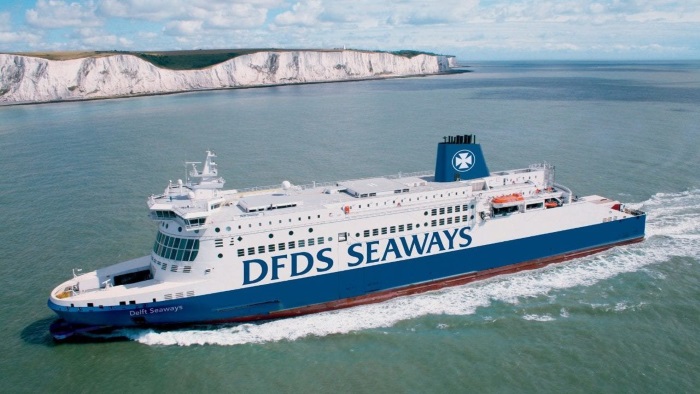 The move from DFDS to support the award comes as the UK government shines a spotlight on the need for more young people to study STEM subjects. Its Maritime 2050 report, launched earlier this year, highlighted how the maritime sector is adapting. It reported: “Over the next 30 years the skills profile across the sector will alter as new technology takes effect. Old skills will not disappear but new skills, particularly in IT, digital and new technology more generally, will be required to complement existing skills. There will be a need for highly qualified personnel with the ability to create, operate, and maintain autonomous and technological systems. This will call for increasing numbers who have studied STEM subjects.”

Ben Murray, Director at Maritime UK, said: “It’s interesting to see that the Government’s comments mirror those of DFDS. It’s proof that, as an industry, we’re agreed on what we need to flourish in the future and I’m thrilled to see DFDS working hard to make that happen.”

Stuart Baker, Head of Local Growth at the Solent Local Enterprise Partnership, which is hosting the awards, and Chair of the Maritime UK Regional Council, added: “The private sector has an important part to play in helping to nurture the next generation of talent for the maritime sector and DFDS is to be applauded for its work in this area. By championing STEM subjects at these awards we can raise further awareness of their importance.”

The STEM Award at the Maritime UK Awards is open to businesses, charities or organisations of any size that can demonstrate an exceptional true commitment to Science, Technology, Engineering and Maths. This may be evidenced through their products and services or through work with young people, schools, colleges or apprentices to inspire and develop the next generation.

Entries are still open for the Maritime UK Awards, which are open to companies from across the breadth of the maritime sector and its shipping, ports, services, engineering, and leisure marine industries.

The deadline for submissions is 4th July.