Home / Shipping News / International Shipping News / DNV’s Pathway To Net Zero Emissions: Zero emissions by 2050 is not enough for most developed countries if planetary warming is to be limited to 1.5 degrees

DNV’s Pathway To Net Zero Emissions: Zero emissions by 2050 is not enough for most developed countries if planetary warming is to be limited to 1.5 degrees

A feasible path to limit planetary warming to 1.5°C requires certain countries and sectors to go below net zero and to do so well before the middle of the century, according to new analysis from the authors of the Energy Transition Outlook.

• DNV’s pathway to net zero says North America and Europe must be carbon neutral by 2042, whereas Indian Subcontinent is set to be a net emitter by 2050
• Net zero report says carbon capture, storage and use is required as energy production will not be carbon neutral by 2050
• Aim to halve emissions by 2030 is out of reach but massive, early action is needed if we are to have any chance of reaching a 1.5°C future
• DNV’s new report “Pathway to Net Zero Emissions” describes a feasible way to limit global warming to 1.5°C

Policy makers are set to meet in Glasgow for the COP 26 summit with an eye on achieving zero emissions by 2050. For this to happen, North America and Europe must be carbon neutral by 2042 and then carbon negative thereafter, according to DNV’s pathway to net zero. The pathway also finds that Greater China must reduce emissions by 98% from 2019 levels by 2050. There are regions that cannot realistically transition completely away from fossil fuels in the same timeframe, such as the Indian Subcontinent, which will reduce emissions by 64%.

Pathway to Net Zero Emissions also lays out the pace at which different industry sectors need to decarbonize. The so-called hard-to-abate sectors will take longer to decarbonize and even if sectors like maritime (-90% CO2 emissions in 2050) and iron and steel production (-82%) scale up the introduction of greener technologies, they will still be net emitters by 2050. 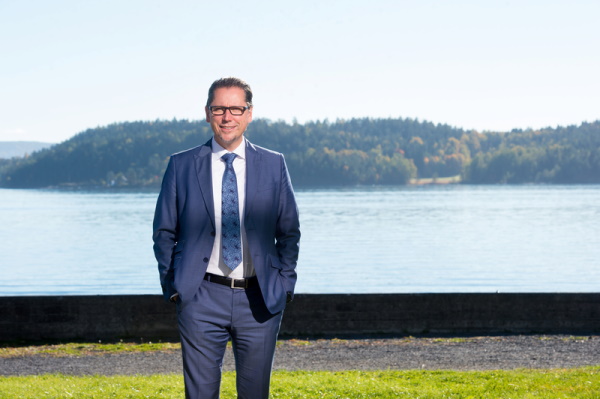 Whilst the DNV Energy Transition Outlook forecasts the most likely energy future through to 2050, the Pathway to Net Zero Emissions offers a feasible way to limit global warming to 1.5°C. The report stands out amongst its peers as it is the only one that starts from the point of where we most likely will be in 2050 and then seeks to close this gap.

“Zero is not enough. That is because, try as they might, many developing nations and hard-to-abate sectors will not be able to achieve zero emissions by 2050 – the critical threshold for the world to stay within 1.5°C of warming,” said Remi Eriksen, Group President and CEO of DNV. “Developed nations, leading companies and easy-to-electrify sectors are therefore going to have to go below zero before 2050.”

The primary energy mix laid out in the net zero report is radically different from the current trajectory. Electricity meets just above half (51%) of the energy demand with wind and solar supplying 86% of electricity. Hydrogen, which is vital to decarbonize the hard-to-abate sectors, has a 13% share. Fossil fuels will still be required by countries and industries that are unable to decarbonize completely by 2050. 21% of the energy mix is derived from fossil fuels (8% oil, 10% natural gas and 3% coal), although there will be no need for new oil and gas fields after 2028 in this pathway. Carbon capture and removal technologies are a must according to the net zero report to remove the final 20% of emissions. Nuclear does not feature prominently because it is too costly compared to renewable energy.

The mid-term aim of the Paris Agreement to halve emissions compared to 2017 levels by 2030 is out of reach and the net zero report puts emission reduction at 30% at this point. However, for technologies to become scalable further down the line – such as hydrogen and CCS – investments and reshaping of policies must start now. Simultaneously, a massive ramping up of solar and wind needs to start immediately to accelerate the green electrification of the energy system beyond the current fast pace of change.

Time is the key restraint to realizing the Pathway to Net Zero Emissions, rather than money. Even with very large investments required, particularly in the short term, (cumulatively USD 55trn in renewables and USD 35trn in grids over 30 years) the additional costs of reaching 1.5°C are less than 1% of global GDP the next 30 years.
Source: DNV https://www.dnv.com/news/new-report-pathway-to-net-zero-emissions-210507