The U.S. dollar held firm at a four-week high against its rivals on Monday as an undercurrent of risk aversion swept through currency markets in the backdrop of weak U.S. economic data, knocking the Australian dollar and the euro lower.

With U.S. markets shut for a holiday on Monday and Joe Biden set to be inaugurated as the next U.S. President on Wednesday, major currencies remained within well-worn ranges expecting some volatility later in the week.

After a dollar selloff last year, the opening weeks of 2021 has seen a reversal of fortunes with a broad dollar basket rising nearly 2% so far this year thanks to a broad-based rise in U.S. Treasury yields, though analysts remain wary about the short-term outlook.

“History suggests a strong seasonal pattern that points to the potential for further near-term strength but this seasonal bias might prove less forceful this year given the broad macro backdrop remains consistent with continued optimism and support for risky assets,” MUFG strategists said.

The mood soured after Friday’s data showed U.S. retail sales fell for a third straight month in December, stoking worries that the recovery is running into trouble as health authorities warned that the worst of the latest COVID-19 wave might be yet to come.

Europe is also facing surging cases and an Italian government that must survive crucial votes in parliament on Monday and Tuesday in order to cling to power is also making some traders nervous.

The dollar index steadied after touching a one-month high and last traded at 90.857, its highest level since Dec. 21. 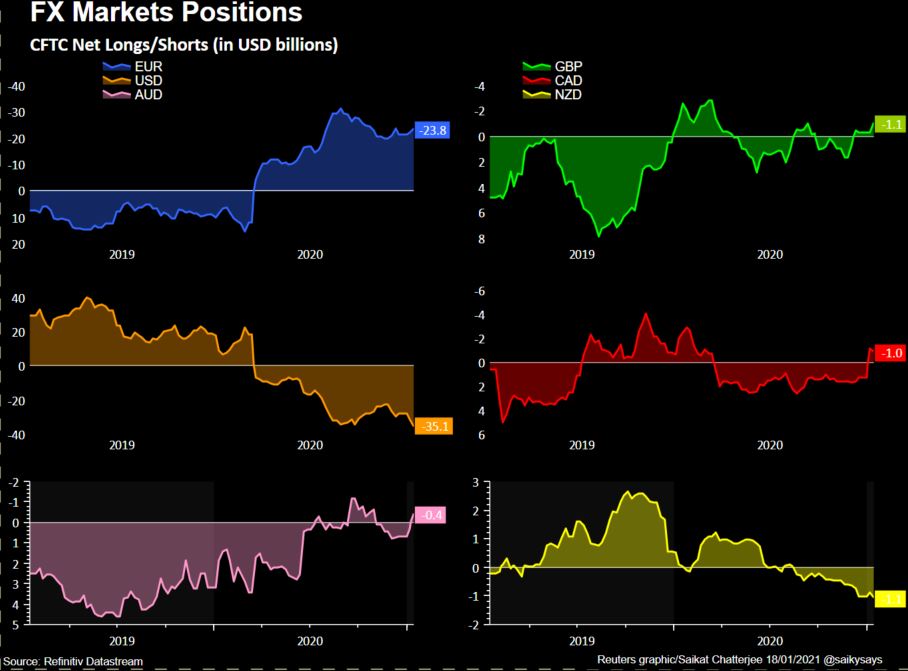 2021-01-18
hellenicshippingnews...
Previous: China’s Economic Recovery Belies a Lingering Productivity Challenge
Next: Why China’s currency is strengthening and what it means for the rest of the world?