Nickel trade might be a small portion of the dry bulk market, but still it’s one that can bear fruits to savvy dry bulk owners, given the positive market fundamentals. In a recent report, shipbroker Banchero Costa said that “nickel is most commonly used to make alloys, with stainless steel representing around 70 percent of global primary nickel usage. China drives the production and demand for stainless steel in the world, accounting for over 50 percent of global stainless steel output. Based on data from the International Stainless Steel Forum (ISSF), China’s stainless steel production over Jan-Sep 2018 increased by 8.5 percent year-on-year to 20.7 million tonnes”. 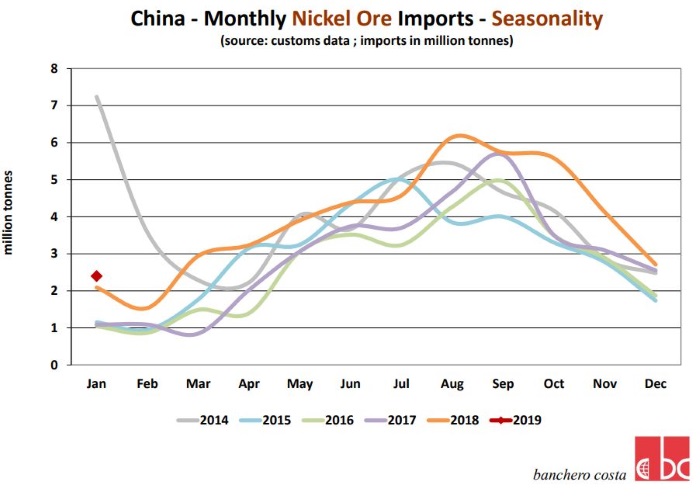 According to Banchero Costa, “as the usage of Nickel Pig Iron (NPI) in stainless steel production is much more cost effective than using refined nickel, China has been increasing imports of nickel ore in order to increase domestic NPI production. In 2018, China imported 47.6 million tonnes of nickel ore, up 35.7 percent from 2017 volumes. The increase in nickel ore imports was largely driven by shipments from Indonesia, which increased 292.0 percent to 14.9 million tonnes in 2018. Indonesia had banned exports of unprocessed nickel ore in 2014, but since a partial lifting of this ban in 2017, shipments from the country have been steadily ramping up. Imports from Indonesia are expected to continue at a strong pace, as Indonesian ore export quotas continue to guarantee sufficient supply”. 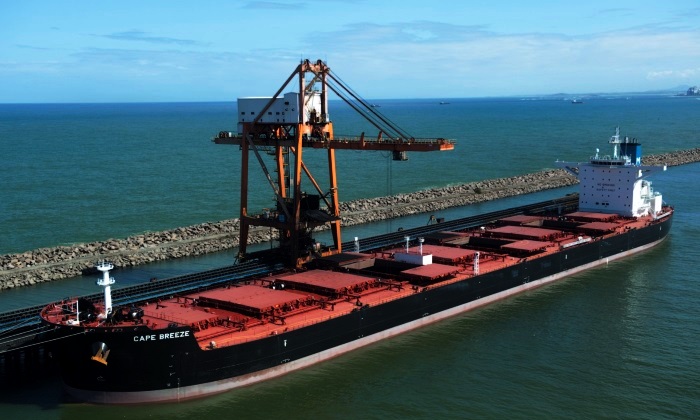 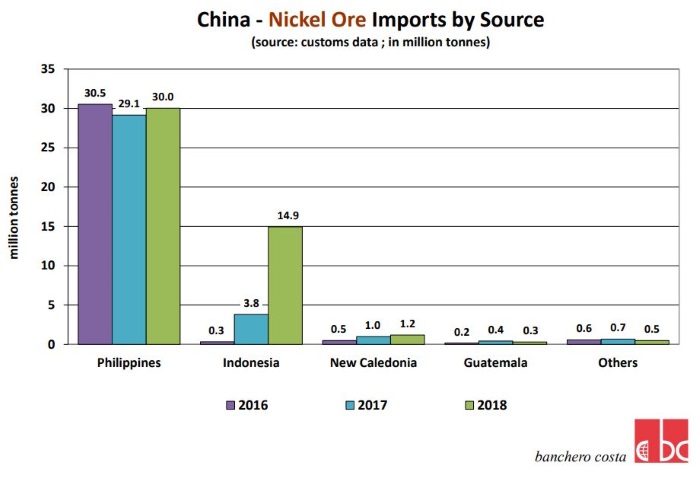 The shipbroker added that “Chinese imports from their largest supplier, the Philippines, increased 3.0 percent to 30.7 million tonnes in 2018. This accounted for 64 percent of China’s nickel ore imports. Nickel ore mining restrictions in the Philippines have been easing after they were suspended on environmental grounds in 2017 – a development which should allow increased exports from the country to China. However, there are some risks that could limit upside in Chinese nickel ore imports. For one, China’s steel sector currently faces slim profit margins – a factor likely to discourage steel mills from ramping up production. The overall health of the steel sector is also closely tied to that of the Chinese economy, which will be influenced by how U.S.- China trade talks turn out, and whether the Chinese government increases infrastructure spending and tax incentives”. 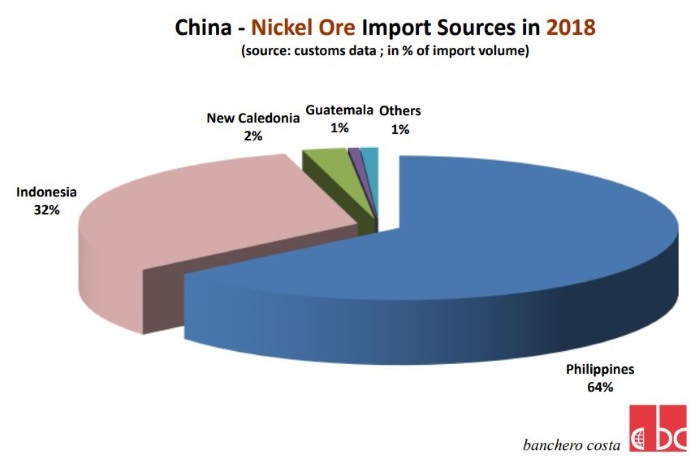