Despite the pandemic, deals for dry bulk carriers managed to reach over 500 during 2020, a level similar to 2019. In its latest weekly report, shipbroker Intermodal, “despite the market shock in the 1H2020 and the suppression of interest in SnP, the 2H2020 compensated for the previous standstill, with the number of dry bulk transactions surpassing those of the 2H2019. Excluding sale and leaseback, slightly over 500 SnP dry bulk deals took place during 2020, approx. the same number as in 2019. The average age of the fleet transacted was approx.11 years old. Japanese units were responsible for approx. half of the total, while Greek and Greek based buyers prevailed in more than 35% of the transactions. Once again, geared vessels transactions stood out (approx. 60% of the deals), while of note is that that after a prolonged period of subdued interest in Capesize, the sector revived towards the end of the year. Capesize deals in 2020 have ended up more than double compared to last year, with 50% of the transactions concentrated in the 4th quarter of 2020”.

According to Intermodal’s SnP Broker, Mr. Nassos Soulakis said that “as the year draws to a close, we are presenting below a detailed overview of the 2020 SnP transactions per dry bulk vessel size and age group. As a general comment, while the COVID-19 spread continues to be in full swing, widespread vaccinations and global economic stimuli create an optimistic market outlook for next year. Absent any black swans, we anticipate that the increase in SnP activity observed during the last quarter of the year, as well as the increased physical vessel inspections, will be a precursor of a sustainable rise in dry bulk vessel acquisitions”.

HANDYSIZE: A total of 138 deals materialized in this sector, with an average age of 11.7 years old. Overall, interest in Japanese built vessels prevailed, consisting of approx.61% of the total transacted units, while more than 40% of the buyers were Greek and/or Greek based.

· <10 years old age group – total of 56 deals (41.0%): One third of the total deals referred to 37 & 38k dwt units, around 20% were 34k dwt & around 18% were 28k dwt Japanese units. Main source of tonnage were Japanese owners with around 20 of their units sold. Greeks, German, Korean & Swiss Sellers follow with 4 deals each. Greeks & Greek based companies were counting for almost half of the buying interest. Rest of the buying interest was equally distributed to various nationalities, with the Vietnamese at 4 deals being the only significant group. · 10-15Y old group – total of 49 deals (35%). Almost 40% of the deals were on 32k dwt units (10x Chinese & 8x Japanese) & just above 20.0% on 28k dwt. 22% of the Sellers were coming from Japan, just below 15% from Greece and around 8% from Chinese & US based owners. Greeks & Greek based companies were counting for 45% of the buyers here. Vietnamese with 8 deals out of the 49 were the second most active player, with Turkish at 6 deals being the third. · >15Y old age group – total of 33 deals (24.6%): – 10x were 28k Japanese & 8x 32k (16/22 deals were on Japanese units). Half of the Sellers were Europeans & half of them Greeks. HK based & Chinese owners were counting for one third of the Sellers. The main buying interest was equally distributed amongst Greek & Greek based companies, Chinese, Vietnamese & Middle Easters, with 6, 5 and 4 deals respectively. 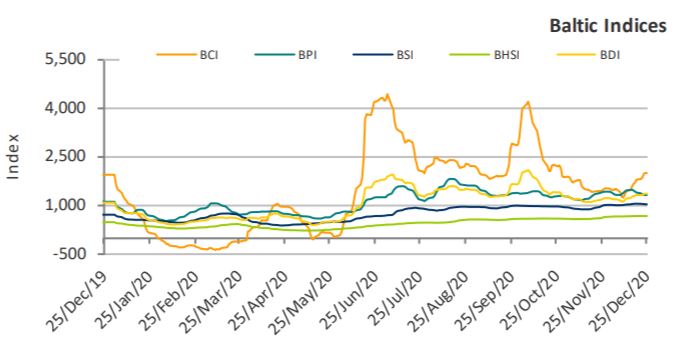 SUPRAMAX/ULTRAMAX/HANDYMAX: A total of 196 deals materialized in this sector, with an average age of 11.0 years. Overall, interest in Chinese built vessels prevailed, consisting of approx. 42.0% of the total transacted units, while approx. 29.0% of the buyers were Chinese, followed by Greek and/or Greek based buyers at 22%.

· < 10yrs old age group – total of 45 units (33%): – half of the deals were 57k dwt Chinese designs, with the rest of the units being 56kdwt & 58kdwt at 11 & 8 units respectively. Most of the units sold were Chinese (19/45) with Japan (+affiliated) & Korean (+affiliated) units followed at around 10 units each. Main pool of sellers consisted of Japanese with 13 units while the second biggest source were Greeks at 9 units. Greeks with 19 purchases & Chinese with 14 were the top Buyers for this size/age. 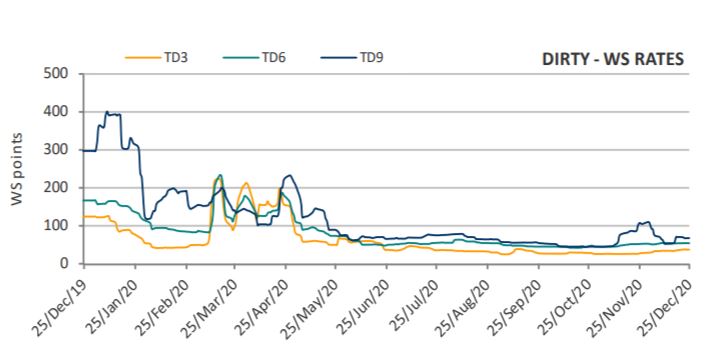 ULTRAMAX – total of 41 deals (21.0%): A 60%-40% split between Chinese & Japanese yards with most of the units sold between 2015-16. Main Sellers here were Scorpio with 18 confirmed deals & 9 deals from Japanese Sellers. Greeks with 11 deals & Omani with 6 deals were the hottest Buyers for Ultra this year.

HANDYMAX – total of 17 deals (8.7%): Vast majority of the units on the Handymax sector is Japanese. Main source of tonnage for sale were Greek owners with 6 out of the 17 units & Taiwanese being second with just 3 units. Main Buying interest came from Chinese & HK based owners at 4 units each, with Ukrainians & Russians counting for another 4 deals together.

PANAMAX/ KAMSARMAX/POST PANAMAX: A total of 121 deals materialized in this sector, with an average age of 11.4 years. Overall, most of the interest was for Japanese vessels, consisting of approx. 57.0% of the total transacted units, while approx. 23.0% of the buyers were Greek and/or Greek based. 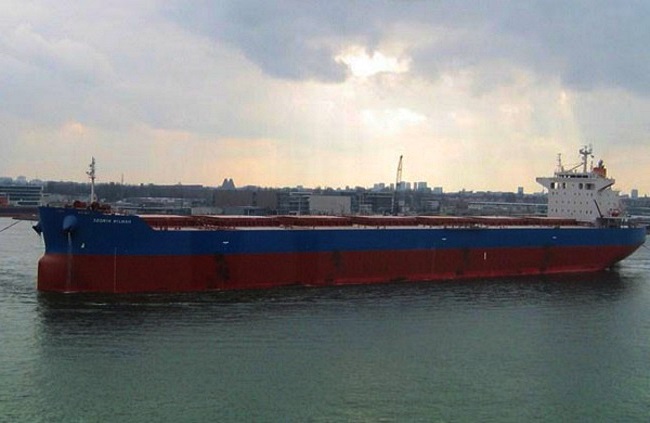 < 10Y old age group – total of 38 units (81%). 19 of these were Chinese and 14 Japanese. Scorpio was one of the main sellers, with 11 units sold and Japanese at second place with 4 deals. Greeks again with 25 deals were top in the list of the Buyers.

· 10-15Y old group – Total of 9 units (19%): all of them built in Japan. Japanese were the main tonnage providers with 4 units and main buyers were Greeks with 5 units.

POST-PANAMAX – total of 20 deals (37%): more than half of them were Japanese and the rest Chinese. Main Sellers were Japanese with 9 deals. Greeks & Indonesians with 5 & 4 deals respectively were the top Buyers. 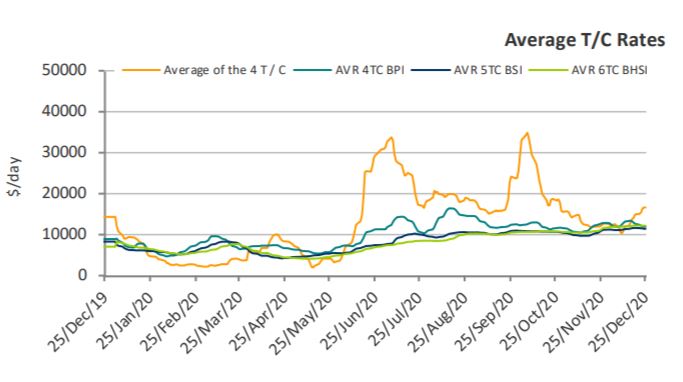 CAPESIZE: a total of 46 deals materialized in this sector, with an average age of 11.8 years. Japanese vessels consisted of approx. 39% of the total transacted units, while approx. 46.0% of the buyers were Greek and/or Greek based.