Dry Bulk Carriers the Pick of the Bunch for Shipowners

Dry bulk carriers in the secondhand market have been among the most popular choices from shipowners over the past week. In its latest weekly report, shipbroker Allied Shipbroking said that “on the dry bulk side, things appeared more vivid as of the past week, given the fair numbers of transactions taking place, especially when taking account the fact that we are approach the peak of the summer holiday period. On the other hand, as the recent downward momentum in terms of freight earnings keeps hold, it will continue being a negative factor in terms of volume. All-in-all, given that buying appetite still exists and remains fairly robust, we may well see strong activity levels re-emerge in the upcoming period. On the tanker side, transaction volumes remained on a positive orbit, given the “good” number of deals coming forward as of late. Inline with the newbuilding market, we see activity being skewed towards the smaller size segments (especially that of the MRs). Moreover, as we move towards a more fervent (and less volatile) freight market, we may well expect the SnP market to remain on a bullish trajectory for a prolonged period”. 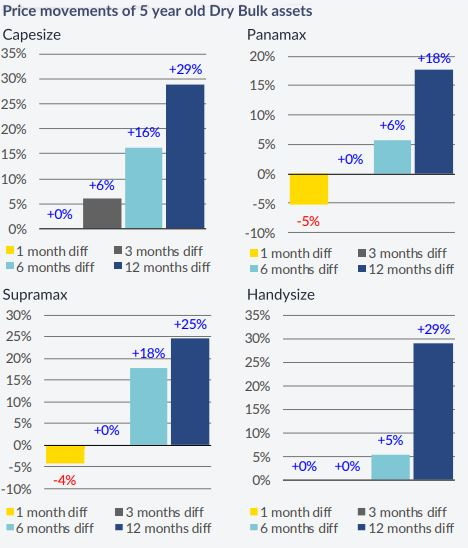 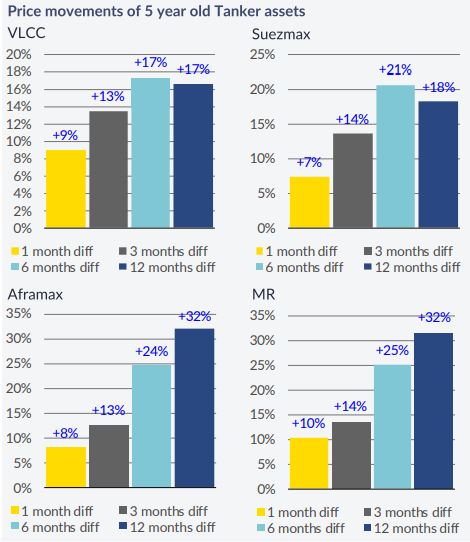 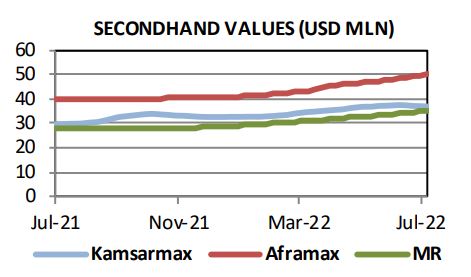 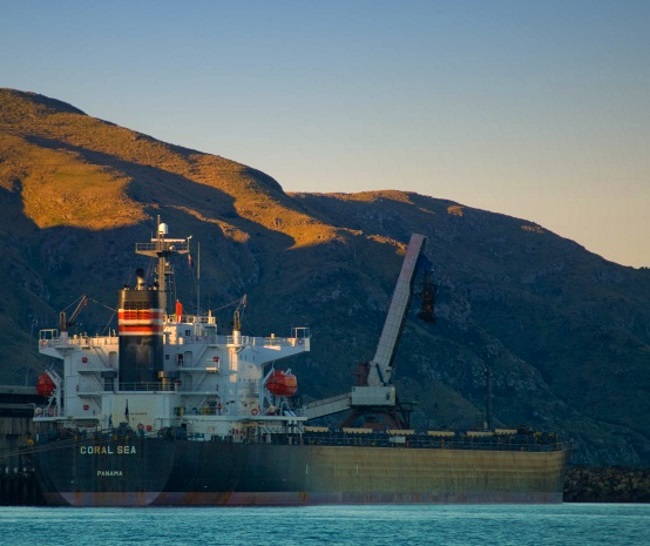 Meanwhile, things appear to have slowed down in the newbuilding market. Allied said that “the newbuilding market moved on a relatively modest mode for yet another week, given the fair fresh projects taking shape as of late. In the dry bulk sector, things continued to hold in slumber, with just a single order for a couple of Ultramax units emerging this past week. Thinking about the recent pressure being noted in the spot freight market, coupled by the current newbuilding prices, this came hardly as a surprise. Notwithstanding this, given the overall sentiment surrounding this market, we can expect interest to emerge for new orders, especially after the peak summer period. In the tanker market, things appeared relatively more fervent, but with activity being skewed towards smaller size segment for the time being. At this point, only the Gas sector prevails on a more vivid tone, with numerous fresh deals for LNG units coming to light”. 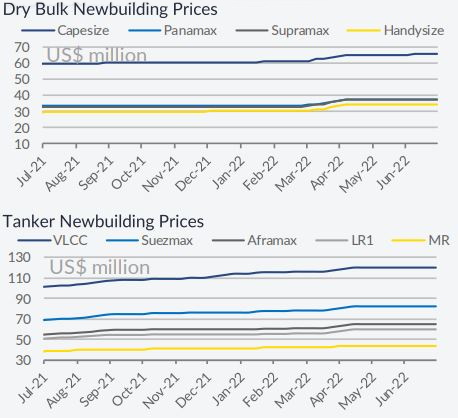 Similarly, Banchero Costa noted that “with the holiday season ongoing not many Newbuildings orders were reported last week. Daewoo secured orders for 4 x 174,000 cbm LNG carriers; 2 units were booked for Iino Kaiun and 2 for Meiji Kaiun. 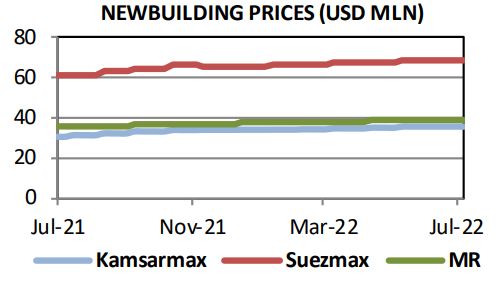 Previous: Why are international supply chains still disrupted?
Next: China’s economy could be dragged down by loss of confidence in property sector