Existing market fundamentals appear to be supportive of the dry bulk market’s further momentum, in what appears to be rather positive news for ship owners. In its latest weekly report, shipbroker Intermodal said that “despite the current challenges as a result of the global pandemic, 2021 is turning out to be a landmark year for the iron ore market with spot prices for the steel making commodity last week surpassing their February 2011 high of $US188 per tonne. Better Chinese steel prices have also allowed iron ore prices to float higher recently and they appear well supported by rising steel production in the Asian nation. Market experts support that prices could keep climbing and continue to believe that iron ore prices will stay elevated as long as steel mill margins in the world’s largest consumer, China, remain high. From a maritime perspective for seaborne transportation demand, we are overall very glad to see such strong fundamentals leading and driving these important markets, in what appears to be a broad positive sentiment for a key ingredient carried predominantly by Capesizes and very large ore carriers. The Baltic Exchange’s main sea freight index that tracks rates for ships carrying dry bulk commodities extended gains, rising to its highest since late 2010 on Thursday as Capesize rates jumped on strong Chinese iron ore demand. The Capesize market last week reached rate levels equivalent of last year’s highs. The 5TC rose $6,242 to settle at the end of the week at $34,762”. 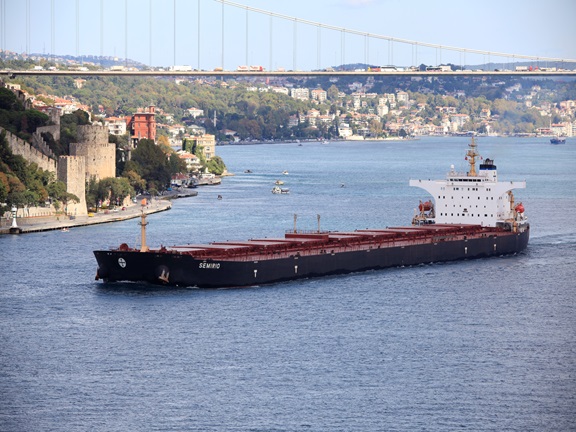 According to Intermodal’s Christopher Whitty, Director, Towage & Marine Port Services, “looking further down the supply chain and at the steel production level, Chinese steel plants are also very active and currently receiving around $US780 per tonne for their steel reinforcing bar product which is used in construction projects for everything from bridges and buildings to infrastructure. This price for the end product, represents a 12-year high and low inventory levels in China are in general adding to the upward pressure on prices for steel products including rebar and hot rolled coil. Prices of rebar and hot-rolled coil in China, the world’s top steel producer, also continued the momentum and rose to record highs last week, underpinned by strong demand”.

Whitty added that “in the meantime we did notice reports of Beijing taking drastic actions to curb steel production to tackle air pollution around its industrial centres, which raised certain concerns in the market on what the actual effect might be ultimately. However, at least at the moment these actions seem quite unrealistic and perhaps linked to short-term pollution related issues. Furthermore there are headlines regarding China capping its steel production due to the high price of iron ore, but again it is only reasonable and evident that these steel mills are going to continue to produce a lot of steel if they can still sell it and generate good profits on it even though prices of the raw iron ore ingredient are high at around $US180 per tonne. This is another testament that the market dynamics for steel in China is pretty robust at the moment. A lot of the country’s steel production finds its way into the domestic local market where it is used in heavy construction and development for new cities and transport infrastructure that links these together. As a matter of fact, China’s government has set ambitious targets in its latest five-year plan, including a pledge to build 160 new airports and 32,000km of high-speed railway by 2035”, Intermodal’s analyst concluded.
Nikos Roussanoglou, Hellenic Shipping News Worldwide