Dry Bulk Market: A Fall Was In Order, but Where is The Balance

The dry bulk market has entered into correction mode over the past 12 days, as demand has retreated. So, which is the future direction? In its latest weekly report, shipbroker Allied Shipbroking said that “under typical circumstances and on the basis of what we have seen during the summer months, one would be (theoretically) extra bullish in terms of what to expect for the final part of 2019. However, can the current positive dynamics be sustained over the next three months? Many views have been expressed in respect to the true state of the dry bulk market. At this point, it seems as though the most vital question is as to whether the market has any direction at all (with the hope of some sort rebalancing soon), or whether the recent summer trends in the freight market have created ample artificial noise in a market that is currently stagnant”. 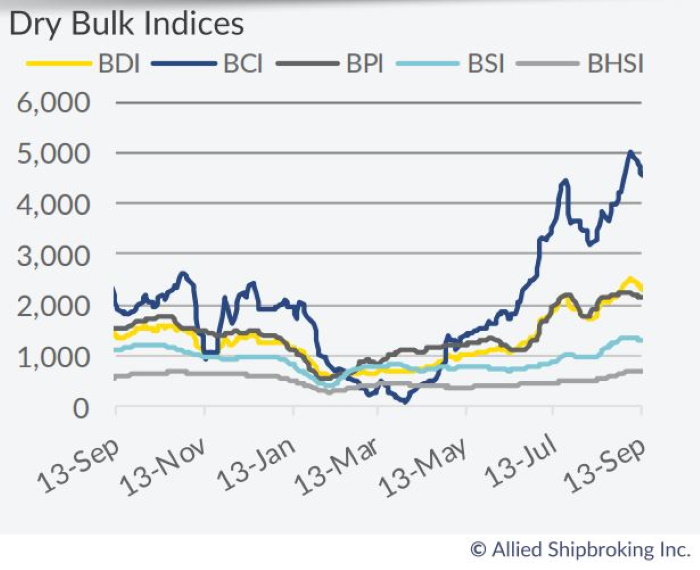 According to Mr. Thomas Chasapis, Research Analyst with Allied, “the dry bulk freight market is already on a downward correction, hardly a surprise, given that the balance point of the market does not seem to be by any measure with a BDI of above 2,500bp (at least for now). This has been expressed emphatically in the paper market, with current forward curves indicating massive corrections moving forward. Notwithstanding this, future contracts for the BCI-5TC average for the final quarter have been formed at slightly above US$ 25,000/day. It is true that this level is an extreme discounted when compared to where the current freight market is at, but when we consider that we are talking about a 3-month average figure which is above US$ 10,000/day more than the year-to-date average. Just remember what we were seeing for similar contracts exactly one year earlier and at what levels the market closed off the final three months of 2018”.

“So, are we truly faced with a pessimistic view right now? The reality is slightly more ambiguous as we shift the focus over to the macroeconomic indicators. Y-o-y massive corrections have brought with them a huge wave of negativism towards the market. Forward contracts for 2020 felt a correction of around US$ 5,000/day, while 2021 and the years beyond that were a little less so effected though still noting significant corrections. All-in-all, even under these conditions, there are many positive indicators to be seen as well. If the current forward curve is “right”, the freight market will be on time to catch-up and finish the year with an average of at least on par with that of 2018 (if not higher). Despite the impressive recovery, many will probably still view the year as a step back”, Chasapis said. 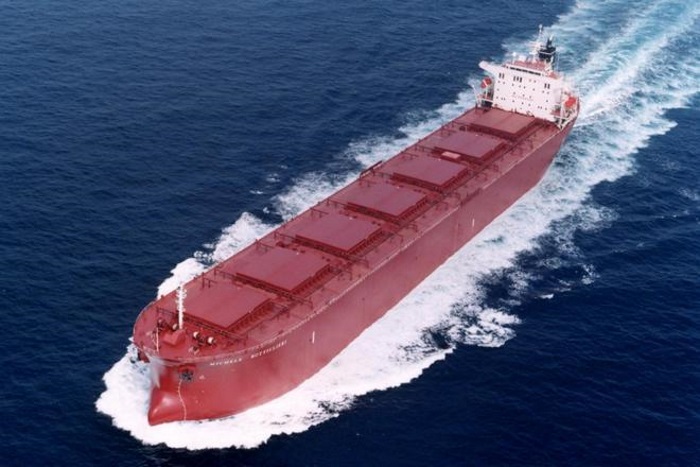 He added that “however, it is interesting to note how this is translated when we asset asset prices into the mix? Taking as general indication the value of a 5yr old Capesize vessel, year-to-date the average figure has eased back by roughly 11%, while, given the overall stability of secondhand values, we can expect this discount to remain relatively the same during the remaining months of the year. So, in terms of an earnings to price ratio analysis, this would suggest that the market is in a much better state (y-o -y) in relative terms. However, things change when we compare this to the risk profile involved. At this point, the excessive volatility levels noted in freight rates would point to the current prices being in theory fairly “expensive”. This however is only partially true, as volatility measures are agnostic to any market direction and only measure the difference from the average (either on the positive or the negative side)”.

Concluding his analysis, Chasapis said that “given the aggressive upward movement in freight rates as of late, the standard deviation inevitably gives an exaggerated result. However, when you take into consideration what we have been seeing in the futures market, you may well find further ground to support the indication that has been given from the earnings to price ratio side”.
Nikos Roussanoglou, Hellenic Shipping News Worldwide

Previous: How big a threat are autonomous vessels to seafarer demand?
Next: Tanker Market Rates 21/09/2019