The dry bulk market for large ships, i.e. Capesizes, is gearing up for further recovery in 2019, as demand is at healthy levels and net fleet growth remains subdued, despite a slower demolition rate in 2018. In a recent report, shipbroker Banchero Costa said that “according to our calculations, the current trading fleet (including units in lay-up and under repair) of bulkers over 120,000 dwt consists of 1,592 units equivalent to about 318.6 million dwt, as of October 2018. In the first 9 months of 2018, we recorded deliveries of 41 units of vessels over 120,000 dwt for a total of 11.3 mln dwt, down 17.8 percent year-on-year in terms of deadweight”.

The shipbroker said that “deliveries in 2018 are expected to be around 14 mln dwt in total, after accounting for slippages. In deadweight terms, around 50 percent of scheduled deliveries in 2018 are expected to be units larger than 380,000 dwt. In the first 9 months of 2018, we recorded demolitions of 14 vessels over 120,000 dwt for a total of 2.4 mln dwt, down 47.8 percent year-on-year in deadweight terms. While improved market sentiment is expected to keep demolition activity low in 2018, the ballast water and sulphur regulations are still expected to encourage greater scrapping in future years. Demolitions in the 120-189,999 dwt size range are expected to remain low due to fewer older vessels available for demolition. Fleet growth in 2018 is expected to come in at a similar rate to last year at 3 percent, as lower deliveries are offset by a slowdown in scrapping. For new orders in the first 9 months of 2018, 39 vessels amounting to 8.7 mln dwt were reported, down 6.6 percent year-on-year in deadweight terms. The current orderbook to trading fleet ratio for bulkers over 120,000 dwt is 11.9 percent in terms of units and 14.7 percent in capacity terms”. 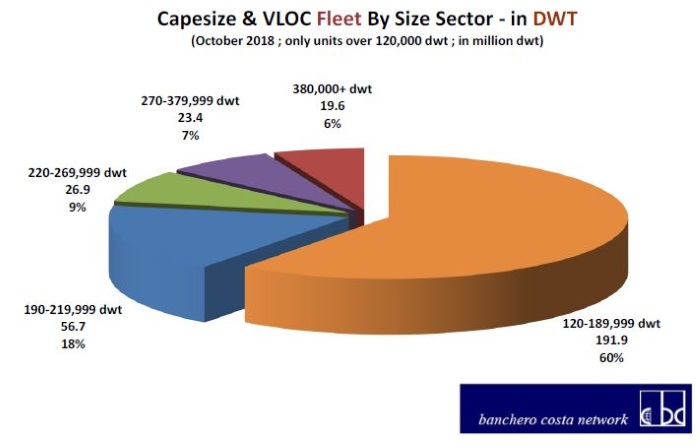 According to Banchero Costa, “in the first 9 months of 2018, the Capesize market averaged around 16,800 usd/day, up 33 percent compared to the same period a year ago. Since 2017, both newbuilding and secondhand prices have been picking up, and the relatively narrow gap between newbuilding and secondhand prices could increase interest in newbuilding. For units over 120,000 dwt, ordering activity has continued at a decent level – in the first 9 months of 2018, 39 vessels amounting to 8.7 mln dwt were ordered, down 6.6 percent year-on-year in deadweight terms. The orderbook to trading fleet ratio currently stands at around 12 percent. Demolitions have slowed down even further with the improvement in market rates: Over Jan-Sep 2018, we recorded 14 vessels amounting to 2.4 mln dwt scrapped, down 47.8 percent year-on-year in deadweight terms. Thankfully, deliveries have also slowed down albeit to a lesser extent, by 17.8 percent year-on-year in terms of deadweight, coming in at 41 units for a total of 11.3 mln dwt in the first 9 months of 2018. After accounting for slippages, deliveries in 2018 are expected come in at around 14 mln dwt (compared to 15.0 mln dwt in 2017), of which around 50 percent of scheduled deliveries are expected to be units larger than 380,000 dwt”. 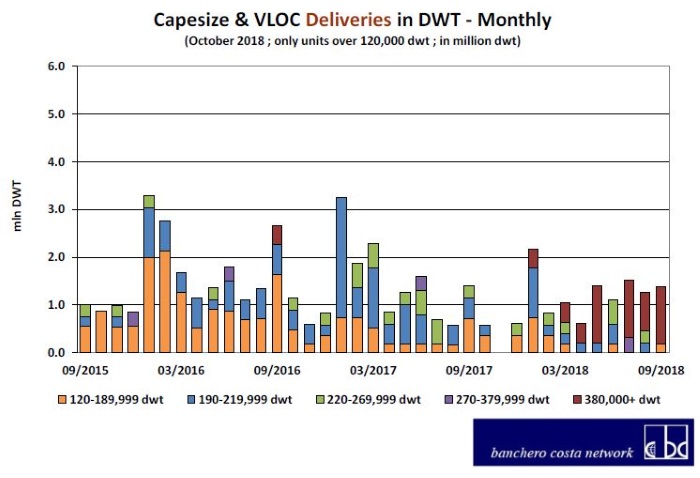 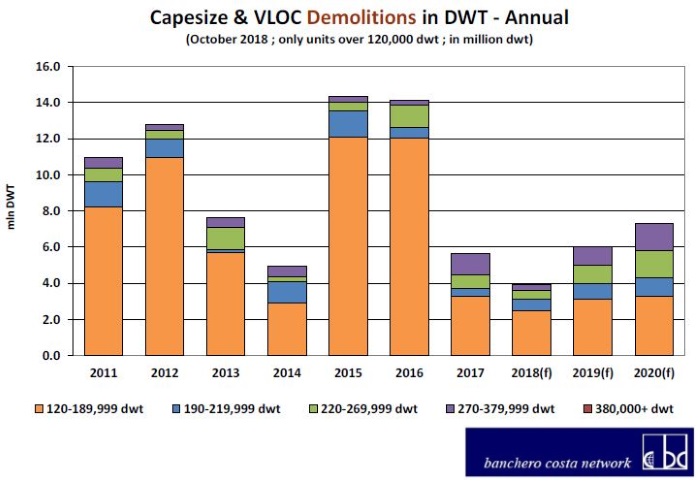 Meanwhile, “on the demand side, iron ore imports by China are expected to remain supported by a strong preference for higher quality ores from Brazil, although increased scrap usage in steelmaking could challenge demand for iron ore in the long term. Chinese coal imports are expected to pick up in the coming months due to strong winter heating demand. South Korea’s coal import sources could also see a reshuffle due to new regulations, which may benefit tonne-mile demand as they favour imports from longer haul destinations. China’s bauxite imports are expected to remain supported due to strong overseas alumina and aluminium demand as well as tight domestic bauxite supplies, necessitating the import of bauxite from countries such as Guinea, Australia, and Indonesia. However, Chinese coal import restrictions could return after the winter as the government seeks to control domestic coal prices and increase local production. Nuclear power plant restarts in Japan are also expected to further reduce their coal imports going forward”, Banchero Costa concluded. 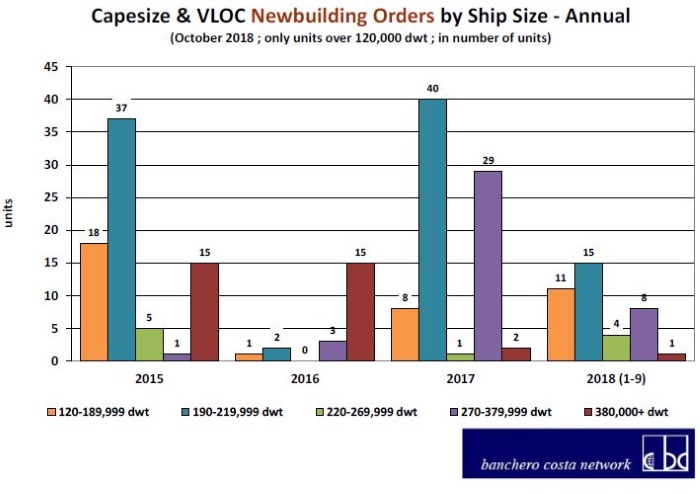 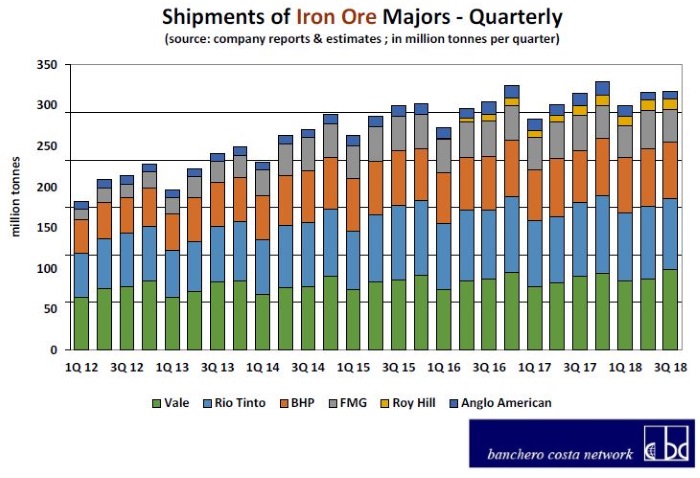