In a clear sign of the turbulent times we’re experiencing, coal imports have began making their way into Europe with more cargoes entering the EU market. It’s a response to the scramble to offset the losses of Russian gas. In its latest weekly report, shipbroker Allied Shipbroking said that “amidst the significant energy squeeze being felt in Europe and Asia, coal has once again found a foothold to expand its presence in the energy mix of many economies worldwide. With most energy commodity prices having already started off the year on a high note, the situation in Ukraine and the escalating sanctions that followed only helped in worsening the supply/demand balance, pushing power generators across Europe and Asia to scramble to secure future shipments of coal”.

According to Mr. George Lazaridis, Head of Research & Valuations with Allied, We have already started to see a 10% to 20% jump in imports of coal into Europe, while given talks over restarting coal-fired power plants across Europe as a contingency measure to counter the drop in Russian gas flows, this trend in coal imports is likely to continue and further intensify during the final quarter of the year. At the same time, much of Asia is also battling with a major increase in electricity demand, with China battling to meet the record electricity usage seen there as part of the early summer heatwaves being noted across the country. All of this has already shown a favorable face in shipping markets, as dry bulkers have seen a newfound support in freight rates as part of these surges in imports”. 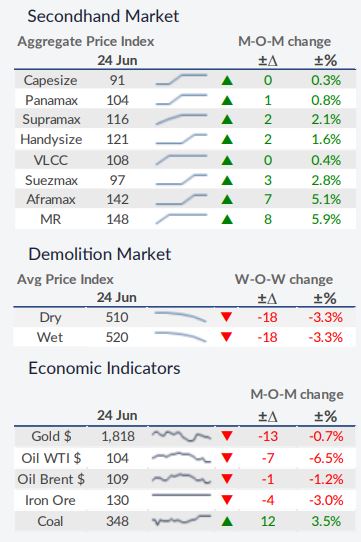 Allied’s analyst noted that “dry Bulkers may well have seen a drop in freight rates across the different size segments over the past month, yet it seems as though the drop has been dampened to a fair degree thanks to an improved coal trade. The Atlantic has been one of the main beneficiaries, seeing a better support level emerge, as coal flows have engaged, to a strong degree, even the larger Capesize vessels which were looking to fill the gaps left by commodities such as iron ore (which has been on the wane of late). Yet given that this has not been enough to completely turn around the market from its current downtrend, it does beg the question as to how well a booming thermal coal trade could be enough on its own to keep the market going”.

“What’s more, is that during the current “energy market squeeze” previous carbon pledges may well have been put on hold, yet given the still prevalent risk of relying on a commodity that is a prime target for any economy looking to cut back its carbon footprint, it means that even this most recent bullish run already has an expiry date set. The truth is that as things stand now, a booming thermal coal trade is likely to continue to play a strong positive role well into the final quarter of the year. In the case of the Capesize market, the imbalance faced is more profound. With China’s property sector (which accounts for up to 40% of local steel demand) still tumbling and global GDP growth looking to face further setbacks in the year, the steel industry will continue to hold back production, keeping iron ore and metallurgical coal trade flows at a slumbering pace”, Lazaridis said. 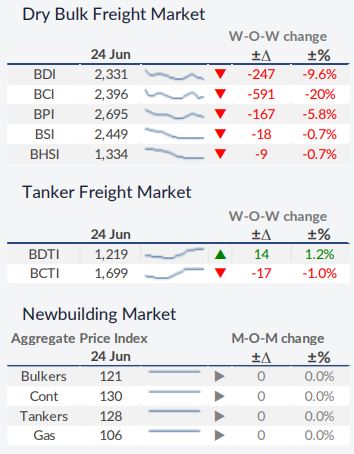 “At the same time, the very factor that has boosted the trade in thermal coal, is a major contributing factor in placing a blow on all other industrial dry bulk commodities. The inflationary pressure brought about by the high energy prices is likely to be the key factor to cause a further slowdown in the global economy if not causing many economies to fall into a prolonged state of stagflation. If central banks and governments don’t act quickly to properly tackle these issues, the freight market will be lacking support to keep freight rates afloat. Yet for the time being, we have yet to see any meaningful actions take place to turn things around. The hope is that this current status can’t hold for long, pushing politicians and bankers into action sooner rather than later”, Allied’s analyst concluded.
Nikos Roussanoglou, Hellenic Shipping News Worldwide