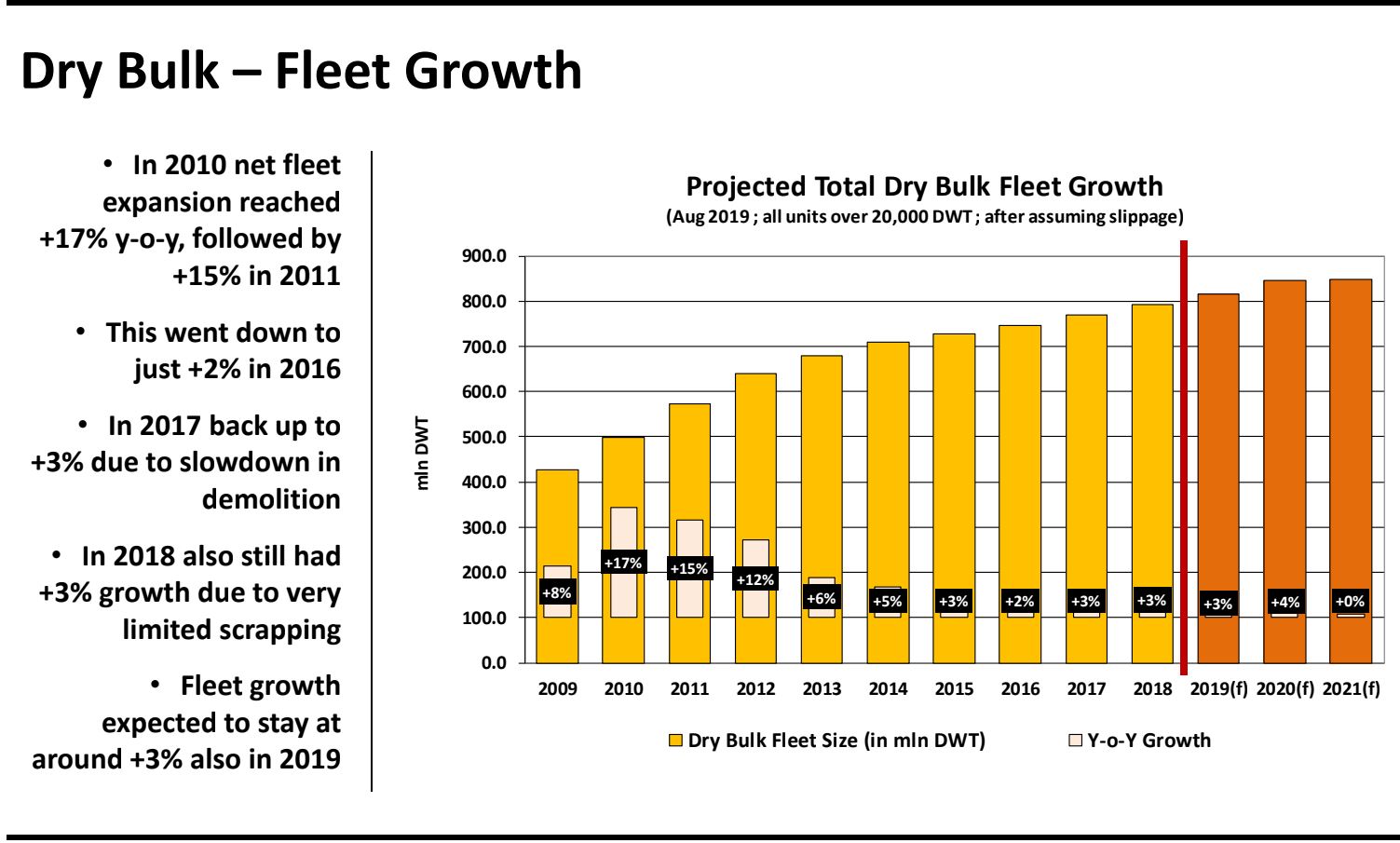 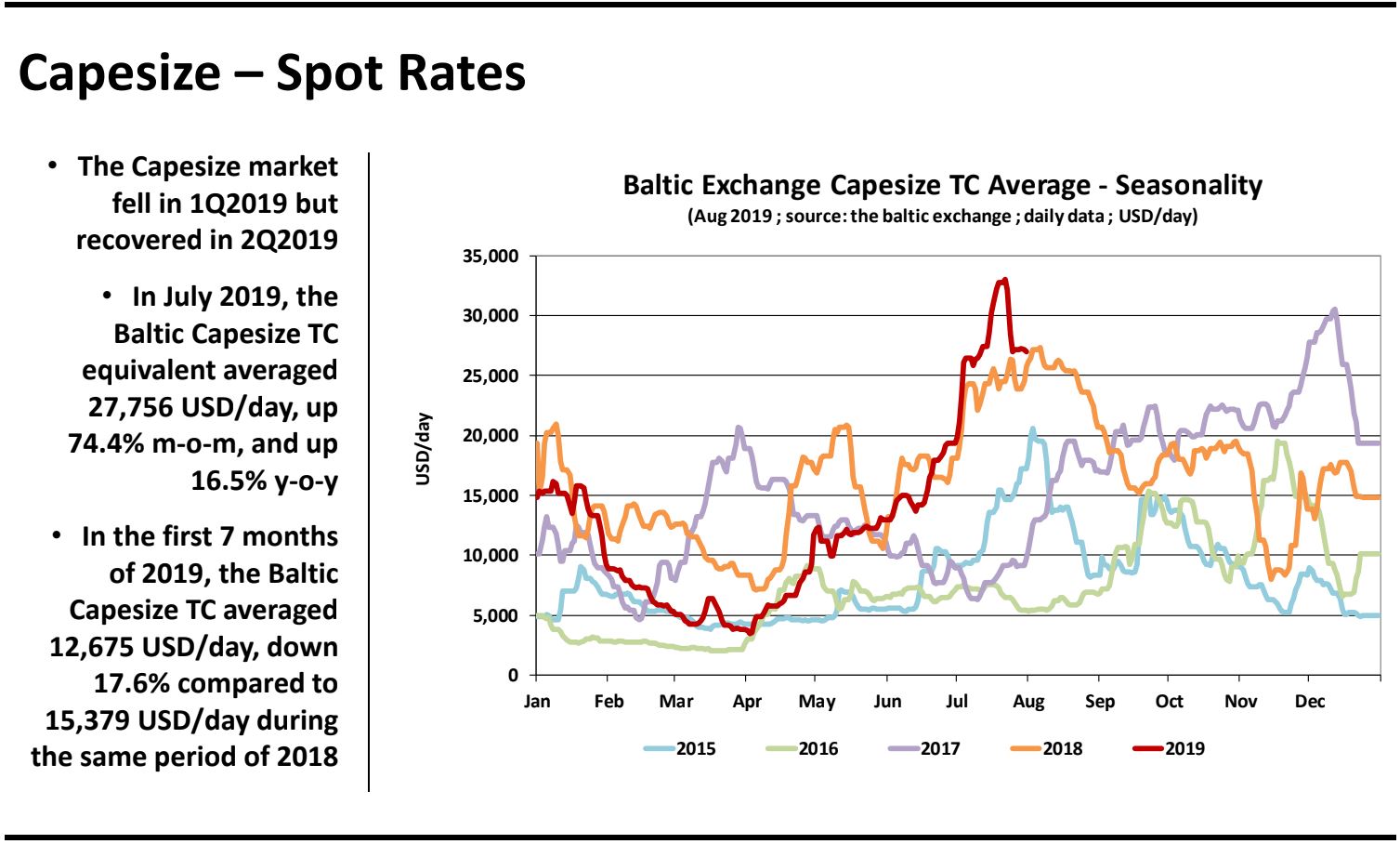 The shipbroker added that “vessel tracking indicates that imports in July could have been higher still. Indonesia has been the main beneficiary in this year’s increase in demand for coal. In the first 6 months of 2019, China imported 67.9 mln tonnes of coal from the South-East Asian nation, up 10.5 percent from the 61.4 mln tonnes in the same period last year, according to Refinitiv shiptracking data. Imports from Australia have also increased, despite the widely reported Customs clearance difficulties and port restrictions at the start of the year. Australia exported 43.8 mln tonnes of coal to China in January-June 2019, up 6.2 percent year-on-year. Politics, however, most likely played a role in restricting shipments from the USA and Canada. 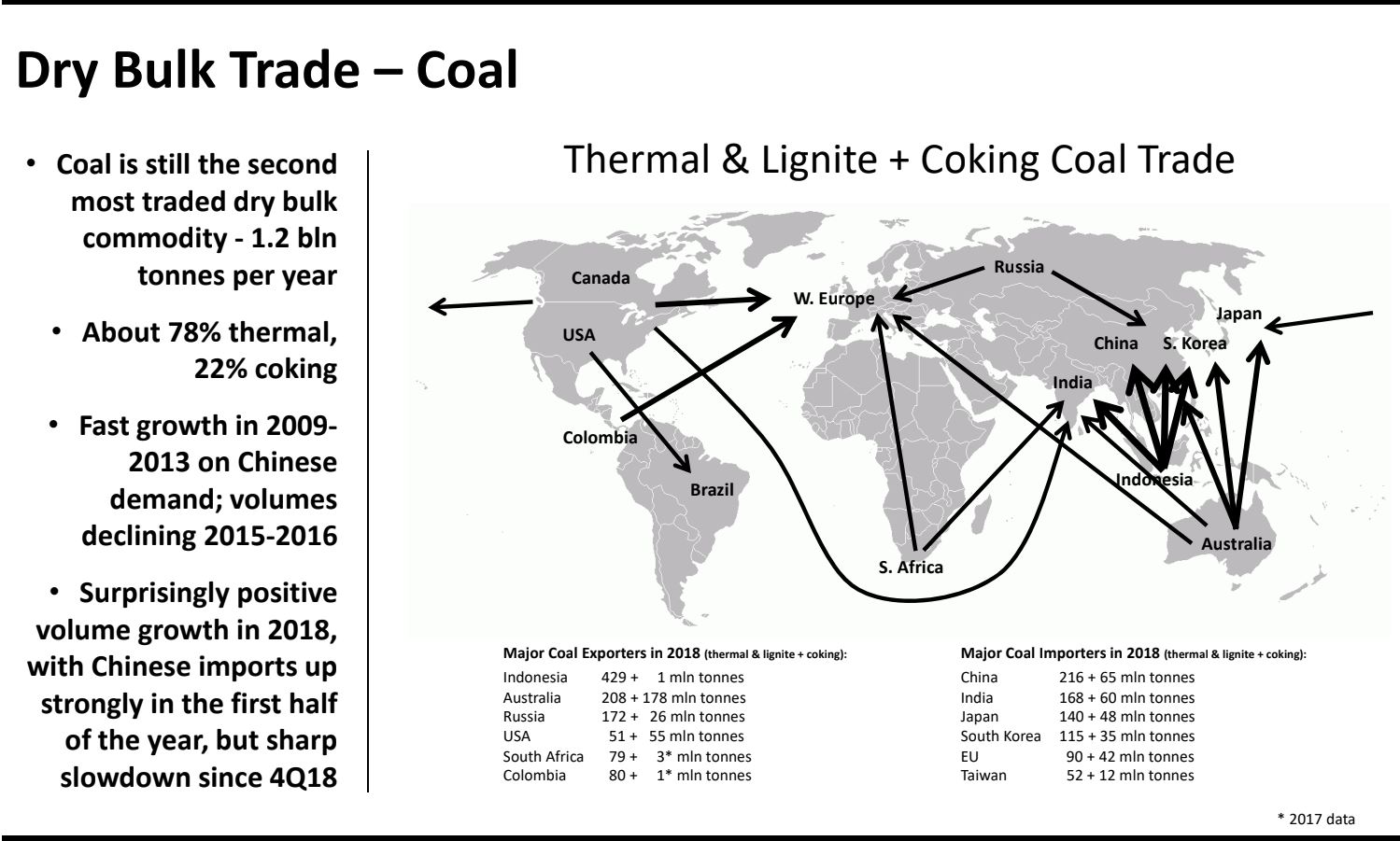 US coal shipments to China were down by more than half in the first 6 months of 2019 at 1.0 mln tonnes, down from 2.1 mln tonnes in thre same period last year. Imports from Canada also crashed by 19.2 percent year-on-year to 1.0 mln tonnes, from 1.3 mln tonnes in the same period last year. Elsewhere, volumes from Russia have continued to grow as more export capacity has become available, especially on small vessels from Russia’s Far East ports – total seaborne volumes to China increased by 25.4 percent year-on-year to 12.9 mln tonnes. Exports from Ukraine to China also surged, by a massive 169 percent, to 2.4 mln tonnes in the first half of 2019. Finally, coal volumes from Mozambique to China continue to grow, by 12.1 percent in 1H2019 to 2.0 mln tonnes, whilst shipments from South Africa decreased by 19.2 percent to just 1.0 mln tonnes. About 18 mln tonnes of coal were imported by land in 1H2019, largely coking coal from Mongolia, down from about 20 mln tonnes in the same period last year. An increasing shift towards Indonesian and Russian supply, and away from Australia, naturally favours the use of smaller vessels for transportation. In the first 6 months of 2019, only 27 mln tonnes of China’s total 136.5 mln tonnes of seaborne coal imports were carried on Capesize (120+ dwt) vessels, whilst 40 mln tonnes were carried on Panamaxes (65-85k dwt), 57 mln tonnes on Supramaxes (40-65k dwt), and 8 mln tonnes on Handies (20-40k dwt)”, the shipbroker concluded.
Nikos Roussanoglou, Hellenic Shipping News Worldwide