Dry Bulk Market: Demand Will Save the Day

The dry bulk market is about to face a significant challenge in the coming months, given the fact that the current fleet statistics and the looming orderbook numbers aren’t painting a pretty picture anymore. Thus, shipbrokers like Allied Shipbroking are looking towards the demand side of things for any sort of sustainable recovery of the segment moving forward.

In its latest weekly report, Allied said that “the first half of 2019 has been an interesting period for the dry bulk industry, as sentiment in the market has fluctuated tremendously during these past months. The year began with expectations for a modest freight rate rally, driven by an improved demand outlook. These expectations were quickly reversed after the Vale dam accident and the continuation of the USA – China trade conflict. Currently, most market participants have seemingly showed a boost in sentiment, feeding off the modest freight rate rebound. But how has this instability affected the overall fleet development and are we at risk of further volatility and sharp freight rate drops in the near term?”, wondered Allied. 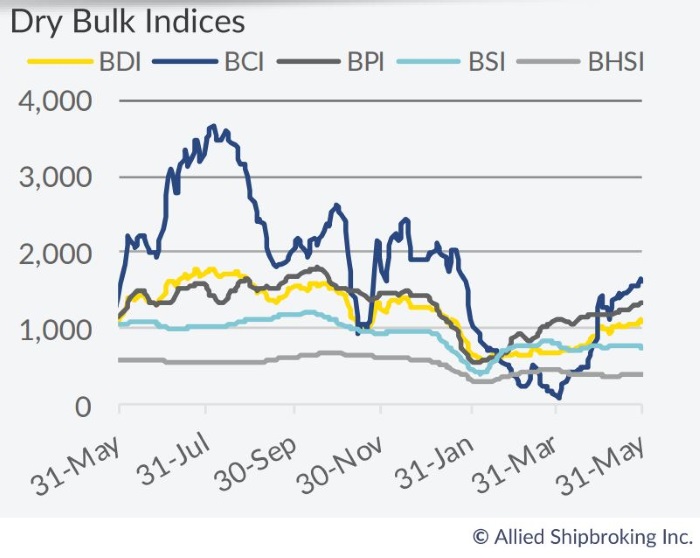 According to Yiannis Vamvakas, Research Analyst with Allied, “beginning with the Capesize segment, we see that the current fleet stands at 1,591 vessels, 7 vessels less than at the end of 2018, reflecting the relative collapse noted in the freight market since the start of 2019. This has driven increased ship recycling activity, especially when compared to the year prior. During this time frame 20 vessels were beached (and 1 unit removed), while only 14 newbuildings were delivered, causing as such this net decline in the active fleet. However, the net change in terms of deadweight was different, as 4.18MMdwt were added to the global fleet, while 3.79MMdwt were removed. Another point that should be considered is that the current overage fleet in absolute numbers is much lower than what the existing orderbook is, as 68 vessels are right now above 20 years-old, while 218 vessels are expected to enter active service over the following years”, he said.

Meanwhile, “in the Panamax/Kamsarmax segment, we have seen the global fleet rise by 38 vessels to 2,157, escalating concerns over a glut in supply. This figure is justified by, among other, the low rate of scrapping that has been noted, as only 2 vessels have been scrapped (and 1 unit has been removed). Meanwhile, the overage fleet (20+ years-old) falls behind the current orderbook here as well but with a reduced gap, as the respective figures are 234 and 247 vessels. In terms of new orders, we have seen 7 units being added to the orderbook so far. While in terms of newbuilding deliveries, there are still a further 124 vessels scheduled to be delivered by the end of the year. In the smaller size segments, namely that of the Supramax and Handysize, we have also seen an increase in their fleets but at a much slower pace, more specifically at a rate of 0.77% and 0.55% respectively. The fleet has currently reached 3,369 vessels, with a mere 272 of them being above 20 years of age. At the same time, the orderbook right now stands at 254 units (9 of them being new orders placed during 2019), with 50% of them scheduled to enter service within this year. Ship recycling activity has been limited so far has been, as only 3 units have been beached, but with a positive overaged fleet to ordebook ratio, there is an overall outlook of increased scrapping activity to take place over the remaining months of the year”, Vamvakas noted. 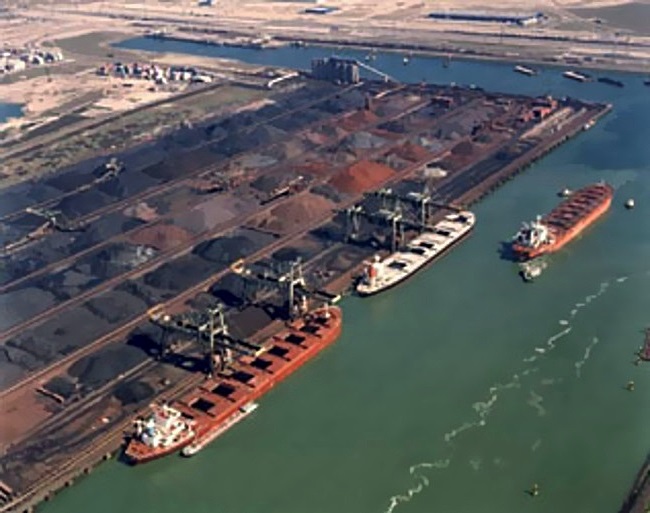 Finally, “the Handysize fleet currently stands at 2,556 vessels, while holding a positive balance between vintage vessels (395 units) and the current orderbook (139 units), leaving some optimism as to the market prospects. Meanwhile, 29 newbuildings have been delivered so far, while only 15 vessels have been sent to the breakers or removed from the global fleet. With a significant fleet growth being expected for the rest of 2019 and 2020, demand will play a crucial role on the final market balance. As such all eyes are now firmly set on the current geopolitical developments at play, being at a crucial point as to which way a potential market rebound will sway”, Allied’s analyst concluded.
Nikos Roussanoglou, Hellenic Shipping News Worldwide