Dry Bulk Market: Essar Shipping Bullish About the Market’s Prospects and the Potential for Growth for Indian Ship Owners

In an exclusive interview with Hellenic Shipping News Worldwide (www.hellenicshippingnews.com), Mr. Ranjit Singh, Executive Director and CEO of Essar Shipping Ltd. discusses the company’s activities and prospects, with regards to the great development potential of the Indian shipping market. He also shares his views on the tanker and dry bulk markets, as well as the approach by Indian ship owners towards the 2020 IMO rule regarding the use of low-sulphur fuels.

Essar Shipping is one of the biggest shipping companies in India. Can you take us through the fleet size and profile which is under your control and the recent investments you’ve undertaken?

Essar Shipping Ltd (ESL), being the second largest private ship operator in India, strongly believes that diversified fleet of ships is the core strength of the company. We currently run a fleet of 13 ships, mostly bulk carriers, comprising one capesize (170,000 tonnes), six mini capes (105,000 tonnes each), one panamax (75,000 tonnes), two supramaxes (55,000 tonnes each), two handymaxes (12,000 tonnes each) and one Very Large Crude Container (VLCC). Our 13-vessel fleet grew capacity utilization to 94 per cent from 80 per cent in the previous fiscal.
Our fleet is around 11 years old right now. It is a quite young fleet. We have an older ship, which we are looking at replacing with a younger one from the market, fortunately scrap prices are good at this time due to upsurge in steel market. So we will try to swap this one with a younger tonnage.
ESL is weighing plans to expand and diversify its fleet by acquiring a bulk carrier and oil tanker.

The tanker market has been plummeting for more than a year now. Where do you attribute this downturn and when do you expect to see a sustainable recovery in the crude tanker segment?

Certainly, because of oversupply of tonnage and rise in crude oil prices, tanker market has been on fall. The imbalance in the demand – supply equation wherein there has been a consistent rise in delivery now of the VLCC’s ordered in 2014-15. This is the rock bottom of the liquid side. It cannot sustain like this. In 2015 VLCCs were chartered at $50,000/day; they slipped to $38,000/day in 2016 and further nosedived to somewhere in the higher 20s in 2017. This year (2018) unfortunately is bad with VLCCs tumbling to $4,000 -$5,000/day. Now onwards, it would be keen to see how the global crude oil prices fare. Improvement in imbalance of supply-demand by scrapping of older tonnage may lead to improvement in freight rates.

What can a ship owner do against such “turbulent waters”? Which are the actions that can help mitigate the downward cycle of the market?

Shipping is an international business not limited to one particular market and therefore is affected with the performance of the global economy. So there is really no way one can devoid of facing the turbulent times. The strategy could be to level out the playfield. As ship owners, there is always an urge to see a consistent flow of income which is why we collectively engage in long term contracts for part of the fleet while also ensuring the advantage of employing assets on spot prices. This helps stabilize the business during sessions of volatility while also gives you the advantage of securing your cash flows. In addition diversification (exposure) to both dry and liquid side gives stability even in turbulent waters.

Moving on to the dry bulk segment, things are moving in a different, more positive direction since the second half of 2017. Do you expect a further improvement this year and 2019 and for which reason?

With the Baltic Dry index going up 4-times from its Feb-2016 low, dry bulk segment is looking promising in coming years too. Ships chartered at nearly $6,000/day two years back now are chartered at $12,000/day. Despite India having a 7,500 km long coastline, only 10% of Indian cargo is carried on Indian flagged ships. The ship owners in the country have 90% untapped market that offers enormous growth opportunities. The dry bulk market is expected to surge significantly on the back of increasing in commodity prices and increase in infrastructure activities in developing countries. Besides, the rapid revival in steel sector has pacified the demand for iron ore and finished steel goods as well in the domestic segment. The industry is likely to grow at 5% – 6% annually till 2020. 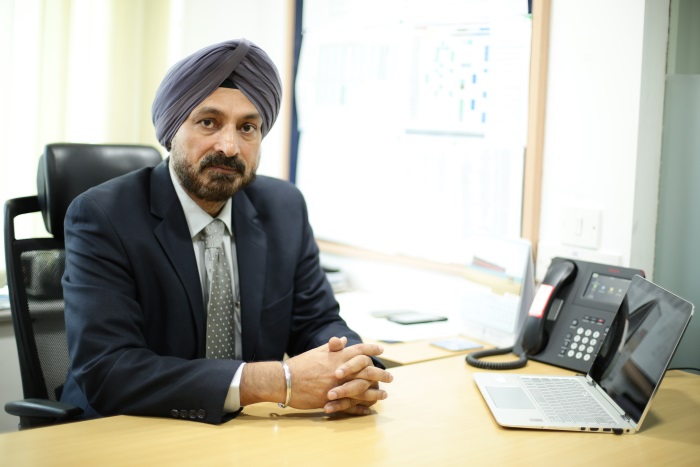 The global shipping industry is faced with multiple dilemmas when it comes to complying with the IMO’s 2020 deadline for the use of low-sulphur fuels. How is Essar Shipping looking to comply with the new rules? Scrubbers, LNG fuel, or low-sulphur distillates?

The Indian shipping industry is in a ‘wait and watch’ mode as far as the IMO sulphur cap is concerned. Either we modify our ships and put scrubbers, which involves high capital investment along with extended delivery and fitment time. Over and above, if supposedly we fit the scrubber and suddenly the refiners decide to discontinue producing the older HFO which is 3.5% sulphur, then this equipment will be a total waste. So people are waiting and watching. Worse come to worse, we will go by the industry, may be expensive blended oil of 0.5% with extra cost. Retrofitting scrubbers will depend on the size of the ship. For instance, installing scrubbers to a VLCC may cost around $3-4 million, while smaller ships with 10,000 – 15,000 dwt capacity may require a million US dollar.

Over the course of the past few years India has been actively seeking to reinforce its role and position in the global and regional shipping markets. Can you highlight the most important steps and initiatives towards this direction?

Seaborne transport of goods is always a cheaper and environment friendly option as compared to the road and rail. A ship can carry 500 containers at one go, which eventually reduced 500 truck on roads. The benefits of coastal cargo shipping are immense, yet least exploited in country like India. However, since past few years, the table has turned and the country is witnessing significant growth in cargo movement. For instance, in 2013, Indian shipping industry had registered a negative growth of -4%, which had improved to -1% in 2014. But, thereon in 2015 Indian registered tonnage is on the rise. It rose 1% to 4% to 7% in subsequent years. This year, we expect Indian shipping industry to grow at 7-8%.

Moreover, Cabinet Committee on Economic Affairs (CCEA) has approved the implementation of the Jal Marg Vikas Project (JMVP) – a Rs 5,369 crore project is expected to bring the logistic cost down in India. The project is expected to achieve completion by 2023.
Also, government’s plan to develop/modernize nearly 300 dry ports (Inland container depots) in India will pacify the logistic activities by rail and road in the close proximities with Indian ports. 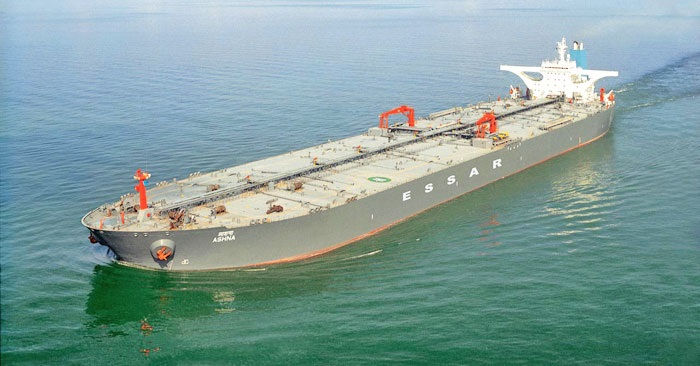 What’s the role that Essar Shipping can play in this effort?

Essar Shipping is one of the early entrants in coastal cargo transportation in India. The company has a proven track record of more than four decades. At a time when there were cargos moving in and out of the country, we had foreseen a huge potential in coastal shipping from the East Coast to the West Coast of India. Essar shipping has played a catalyst’s role for the growth of key industries like steel, cement and oil & gas.

Our diversified fleet of ships is more than efficient to cater to the growing cargo demand across industries. Earlier, our ships were ferried mainly for captive usage – transporting iron ore, pellets and finished steel products for our steel plants and also for transporting coal for our power plants. However, now we have clocked noteworthy progress in third-party cargo also, which currently stands at 30% of our portfolio and we aim to take it to 40-50% by 2020.

We are definitely looking at other steel companies, not only in India but also overseas. Meanwhile, our focus is on gulf nations also. We are working on our plans for Qatar, UAE and Bahrain. We have some of the vessels, which are shallow draft vessels and they have the advantage of getting into the ports where there is draft restriction and in the same draft restriction we can carry almost 20 to 30% more cargo than the conventional ships.