Dry Bulk Market: From a Four-Year Low to a Five and a Half Year High

The dry bulk market has been on a rollercoaster ride over the past few months, in a further testament that the Post-Lehman era for shipping and the global economy will be dominated by very big market fluctuations. Amid such a freight rate market, things are more than tricky in terms of valuations in the S&P market for ships as well.

In its latest weekly report, shipbroker Intermodal said that “in contrast with the general expectations for the dry bulk market, the sector was not positive or even stable during the past 6 months. The warning signs prevalent in the last quarter 2018, were not enough to convince the market of the severity of the market’s course Baltic Dry Index showing resistance to falling below 1,000 points at the end of November but also with the small correction of the index (above 1,400 points) before Christmas holidays playing a misleading role”. 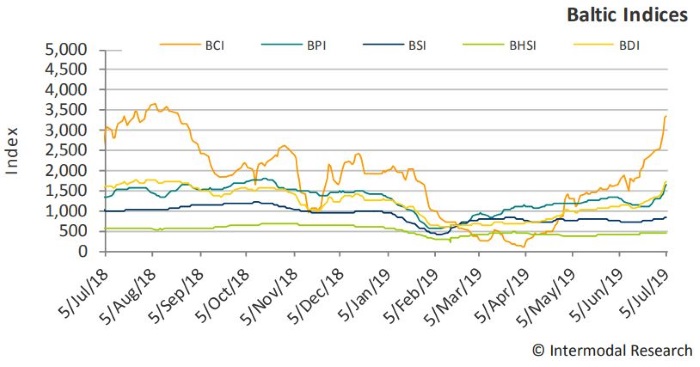 According to Intermodal’s SnP broker, Mr. Konstantinos Kontomichis, “the New Year started with the index being at around 1,280 points and in about 40 days the BDI decreased by around 50%, with the BDI closing at a remarkable 595 points on the 11th of February. Although the drop was expected due to the Chinese New Year the magnitude of the decline in rates and indexes was an unpleasant surprise. The BDI index reached its lowest point of the last 46 months, without having the dynamic for an immediate correction to the index similar to November 2018 levels. Four months were needed in order for the BDI to reach the levels of January. During the last 10 days, the BDI rallied to healthier levels, with the most notable day last Friday when the BDI closed at 1,740 points. It is important to state that this figure is the highest of the year and only the third time the index has surpassed the 1,700 point mark in the past five years. The other two were on December 2017, which closed at 1,702 points and on August 2018, which closed at 1,773 points”. 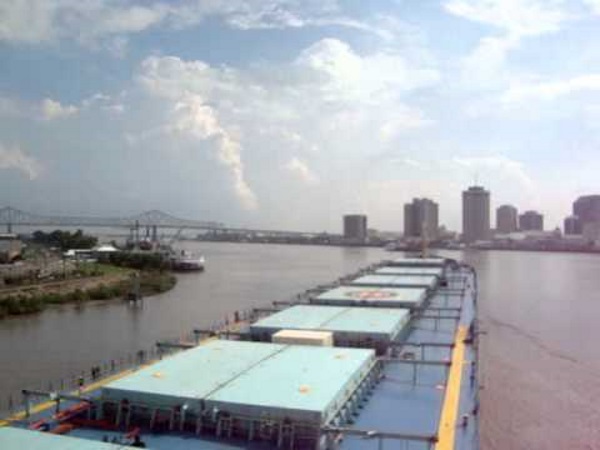 Kontomichis said that “the SnP market was rather busy during the past six months. During the first half of the year, there were around 1,000 vessels officially and unofficially for sale, from Handysizes up to Newcastlemaxes – with ¼ of them successfully being sold (in 2017 we had 320 SnP transactions the same period). Many ship owners found the chance to flip older vessels with modern ones, and others bore the risk of the negative market and increased their existing fleet with cheaper vessels”. 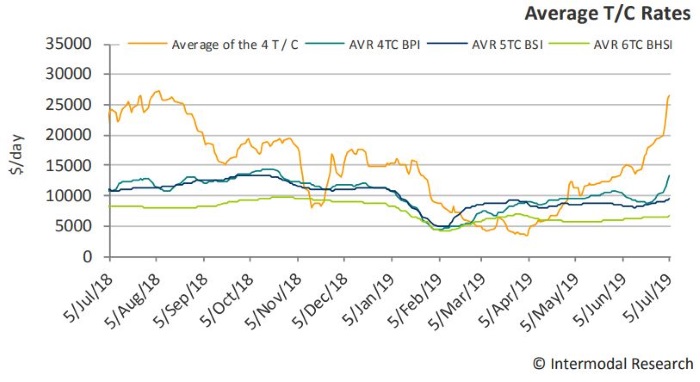 According to the broker, “in the Handysize sector buyers showed and continue to show more interest in vessels around 10 years old and larger than 33.000dwt. Most vessels from quality yards were being sold very quickly. Bigger asset price elasticity was shown in Handysizes smaller than 32,000 dwt as demand for such vessels was lower, with a notable case being the 28,000 dwt vessels, of which some were sold at an attractive discount and others were not able to be sold. In the Supramax & Ultramax sector, buyers’ orientation was for Supramaxes vessels around 5 to 15 years old and above 55,000 dwt. The total SnP transactions for Supramaxes reached around 68 vessels, while around 26 sales recorded for Ultramax vessels. SnP activity was most pronounced on Panamaxes, especially for vessels built from 2000 up to 2010, with 40 reported sales. From the total 64 sales in the segment, 16 were for vessels younger of 8 years and 8 for vessels older than 20 years. On capes, shipowners are used to volatility on freight rates and showed resistance to selling. Totally 8 capes have been sold so far with the age of the vessels being around 14 to 17 years old”, Kontomichis concluded.
Nikos Roussanoglou, Hellenic Shipping News Worldwide