Ship owners of dry bulk carriers are cheering the latest surge of the Baltic Dry Index (BDI), which reach a 34-month high on Monday. However, market observers and shipbrokers alike are warning that there’s still quite some way to go, before one can declare that the market is back to its former form. In a tweet yesterday, BIMCO’s Chief Shipping Analyst, Mr. Peter Sand, noted that it would take the BDI to reach 1,200 points, before profitability is achieved for dry bulkers across the board.

Similarly, in its latest weekly report, shipbroker Allied Shipbroking said that “with the Baltic Dry Bulk Index having reached a 34 month high and with some routes on the Capesize Index having reached a three year high, sentiment amongst dry bulk ship owners seems to be at a new high. The spark in trade that lit the market on fire in the midst of the summer period seems to be still firmly driving the market. Most of the market increase has been driven by the increased activity noted in the coal and iron ore trade, with China having driven this demand as they ramped up operations and kept their production levels at an all-time high”.

According to Allied’s George Lazaridis, Head of Market Research & Asset Valuations, “things haven’t been as clear cut though when one notes the details under which these trends have evolved. Most of this increase in imports of both coal and iron ore has been driven by the decision made one year back by the Chinese government to reduce production levels of its coal and steel production, with the former set to be cut by roughly 800m tonnes (25% of its production in 2016) and the latter set to be cut by around 100-150m tonnes (nearly 20% of its production in 2016). In the case of coal, the gain has been relatively simple and direct. The cutting back in local coal production has made China more reliant on seaborne imports which in some cases is sourced by as far away locations as U.S. and Canada. This has helped reverse the affect that had been brought about by the smaller reliance on coal that had been undertaken by China, having pushed imports back to normal levels. This has been equally reflected by the increases over the past year and a half in the price of coal”. 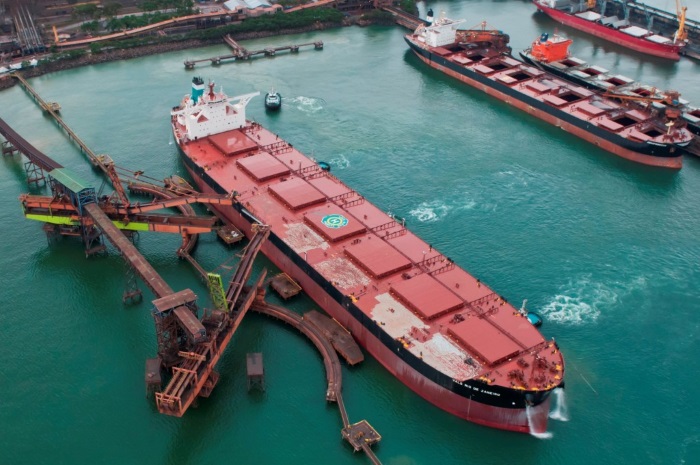 Lazaridis added that “in the case of steel products, things have been slightly more complicated. The steel and iron ore industry has seen an equally impressive recovery in terms of the prices, however the above-mentioned production cuts by China would indicate a softening in import volumes of iron ore and metallurgical coal. As the current efforts stand, most of the production cuts have focused on the more troubled steel producers, closing down excess capacity which was already having difficulties in competing in the current market. Through these measures most of the remaining producers have had the opportunity to grasp a better share out of the high-end market, while also focusing on getting their hands on higher -end quality iron ore and coal in the market, both of which are typically sourced from outside China”.

Allied’s analyst added that “at the same time, the Chinese government has tried to cap steel mill production levels in several provinces during the winter months in an effort to curb air pollution in some of its major cities. Both of these efforts however seem to have pushed for higher utilization levels of the remaining steel mills, as they try to ramp up production during the rest of the year and have taken up the market slack left behind by the closure of the lower tier mills. This could mean that we may well see the seasonal trends of this market radically change during the next couple of years. There are signs of caution in the wind as always, with talks of a curb in coal imports by the Chinese government in order to boost the performance of the remaining coal mines, something that could cut back some of the recent trends in import volumes that have been noted over the past couple of months. At the same time, we are seeing a slowdown in the main drivers for local steel products, namely the propertymarket rally and the government’s sustained splurge in infrastructure. Both of these have shown some initial signs of a slow-down, though these may turn out to only be a temporary correction and against the overall trend”, Lazaridis concluded.
Nikos Roussanoglou, Hellenic Shipping News Worldwide