There are a number of variables coming into play in the dry bulk market at the moment, enough to mark a shift in the freight rate dynamics. In its latest weekly report, Allied Shipbroking claims that “it’s looking as though June will turn out to be a “hot” month after all, given the most recent trade news that have emerged in the Dry Bulk space. The US and China made a significant step back this weekend in reference to their most recent trade disputes. Washington announced that it plans to step back on its decision to impose US$ 150bn of import tariffs, while China on its side, also promised to “significantly increase” its energy and agricultural imports from the US. All this comes in the midst of the BDI having plunged to just above a “hair” margin above the 1,000-point mark”. 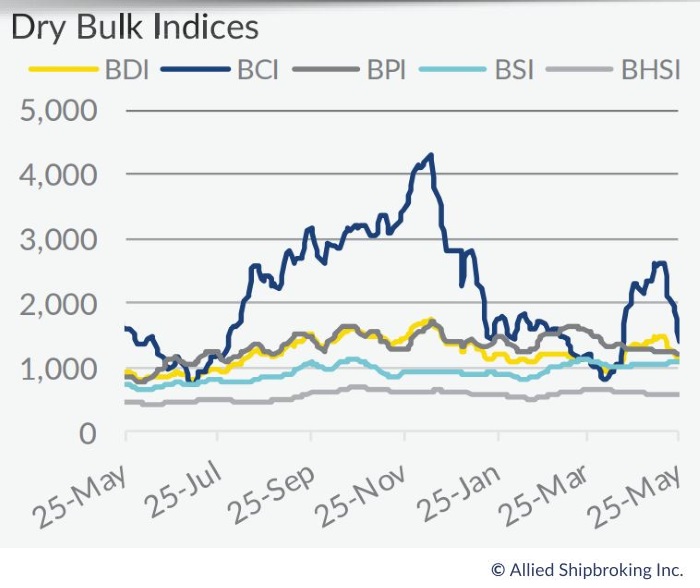 According to Mr. George Lazaridis, Allied’s Head of Research & Valuations, “the recent trade frictions had surely played their part over the past couple of months, with the Atlantic basin having felt the major brunt of this having shown significant lack of support in terms of demand especially on the smaller size segments. There will surely be a time lag before things make a turn around, but it now looks as though the right foundation has been placed in order for a much better market to take shape. This is all to be focused primarily on the grain trade, with Brazil’s strikes having held back any potential shift in trade recently and having caused an overall draught in the region in terms of fresh cargoes to emerge. Given however the reestablishment of US farmers back on center stage, it wouldn’t be a surprise if we were to see a surge in activity to emerge in the North Atlantic, as most traders look to quickly move back in. This in part has been reflected by the recent rally noted in the prices of grains and soybeans these past few days, with most having enjoyed a 1 to 2 % increase since this week’s opening”.

Lazaridis added that “at the same time, it looks as though we may also be seeing a flourishing trade emerge on the side of coal. China is now considering a plan to increase its purchasing of American coal as part of its most recent pledge to make significant efforts to narrow its trade deficit with the US. This goes to further boost the prospects of this trade at a time when China’s coal futures are set on track to make their biggest one-day gain since November 2016. Investors seems to be pilling on their bullish bets given that inventories at China’s power plants and major ports are lower than what we were seeing last year, while operating rates are higher”. 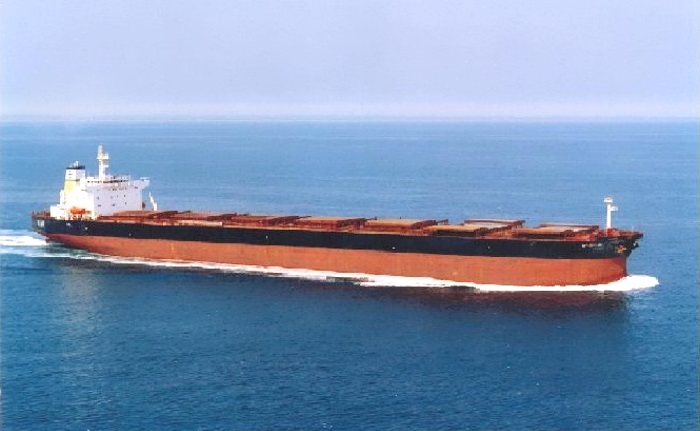 Allied’s analyst also noted that “putting iron ore into the mix and one would hope for a fair rally to take place in the early part of summer. Although we have seen a drop off in iron ore prices, with prices now looking to be closing in on their lowest level this year, there seems to be a fundamental shift taking place which may well be heralding a fair trade rally in terms of volumes shifted during the coming month. For the moment it looks as though the market has shifted towards lower iron ore grades, with the gap between them and medium and higher grades having decreased considerably over the past couple of days. One would have to take under consideration however that we are likely to see again this year a considerable spike in production of steel products, with most steel mills in China likely to seek to increase their stockpiles before the “pollution cap” starts once again in the final quarter of the year. What also needs to be taken under consideration is the fact that the improving trade relations between the US and China could also help hamper most worries in the market, allowing for market optimism amongst traders to return back once more. Let’s hope all these market aspects pull through the way we hope, and we get to see a back on track on its improvement course”, he concluded.
Nikos Roussanoglou, Hellenic Shipping News Worldwide