Demand from China is expected to propel the dry bulk market forward this year, as the country’s economy rebounds from the pandemic. In its latest weekly report, shipbroker Allied Shipbroking said that “the latest news from China’s National Bureau of Statistics (NBS) were highly optimistic and received with enthusiasm by investors worldwide, including those involved in the shipping industry. The record y-o-y GPD growth of 18.3% posted during the 1st quarter of 2021 further cultivated aspirations of a continuous and robust demand flow from the global economy’s backbone, namely China. However, some of the glitter from this figure is lost when you take into consideration that the comparison point of reference for this is 2020. During February and March of 2020 China was still facing extended lockdown measures and had seen its industrial production levels very low levels”. 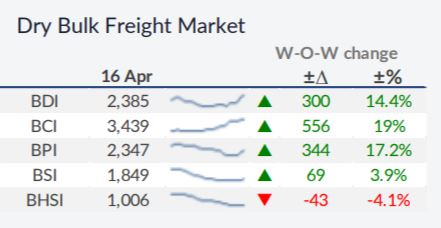 According to Allied’s Research Analyst, Mr. Yiannis Vamvakas, “for the purpose of having a clearer view of China’s recovery, it is essential to look beyond the GDP figures released. China is now even more so considered as the “world’s factory” and thus industrial output is one of the most insightful figures that best mirrors it’s economic situation. The NBS announced that during March industrial production increased by 14.1% on a monthly basis (and 24.5% on a y-o-y basis), a month after the reported 35.1% rise noted for January-February period. 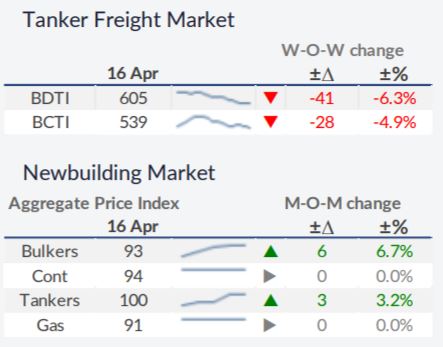 These figures are illustrating a clear and robust upward momentum for activity in manufacturing, mining and the utilities sectors, despite the fact that analysts’ expectations were for a rise of 18% for March. Economic activity has managed to return to pre-pandemic conditions, assisted by the fact that China doesn’t face any serious lockdown restrictions and industrial production facilities are operating as normal”.

Vamvakas added that “yet, what does all this mean for the dry bulk market? The strong upturn in demand, which has been clearly illustrated in freight rates these past months, is further supporting all these trends. In iron ore, we have seen a monthly rise of 12.8% in imports for March, as the volume of trade rose to 102.11m tons, the highest number to be noted for the month of March in at least a decade. The thirst from steel production is seemingly insatiable, demanding ever more iron ore even as its price reaches record highs not seen since 2011. Steel production figures have been following on the same path, with estimated output for March reaching 271 million tons (22.5% m-o-m), while exports also rose 29% m-o-m”. 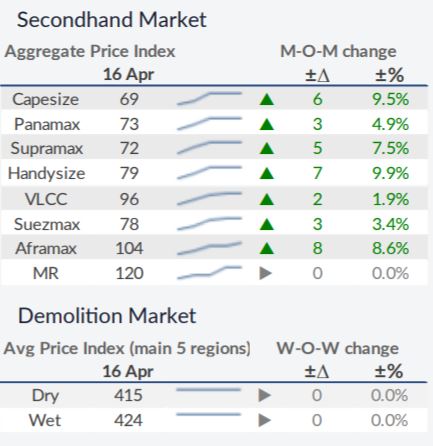 Allied’s analyst also noted that “given the importance of iron ore and steel in the local market and with the latest forecasts predicting the continuation of a solid economic recovery for China, as well as a gradual improvement in fundamentals for the US and Europe, we expect this market to remain strong. Metals were not the only commodity to have impressed during 1Q21, as figures showed an important rise in production of thermal power electricity as well. This coincides with the 28.6% m-o-m rise noted in March for coal imports, which reached an impressive 27 million MT. 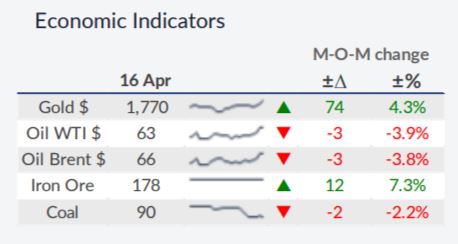 Going beyond industrial production, internal consumer expenditure is also a key figure, with monthly retail sales in value terms soaring compared to March 2020 by 34.2%. The return to “normality” for some time now for the general population has helped improved consumer confidence and disposable income, leading to such an increase in activity for the retail sector. Upon exploring the situation from multiple angles, it seems fairly clear that the Chinese economy has set it foot firmly on a recovery path. This is undoubtedly a significant bullish factor for dry bulk shipping. However, we should not become too complacent, given all that has unfolded over the past 15 months, it has become ever more apparent that it doesn’t take much to turn all these positive trends on their head”, Vamvakas concluded.
Nikos Roussanoglou, Hellenic Shipping News Worldwide

Previous: Finally some backed optimism in the dry bulk sphere: Capes benefiting from China’s hunger for iron ore
Next: China to launch month-long effort in May to boost consumption